In Mediapolis, the group of 22 firefighters is sharing more than just the brotherhood of fighting fires. 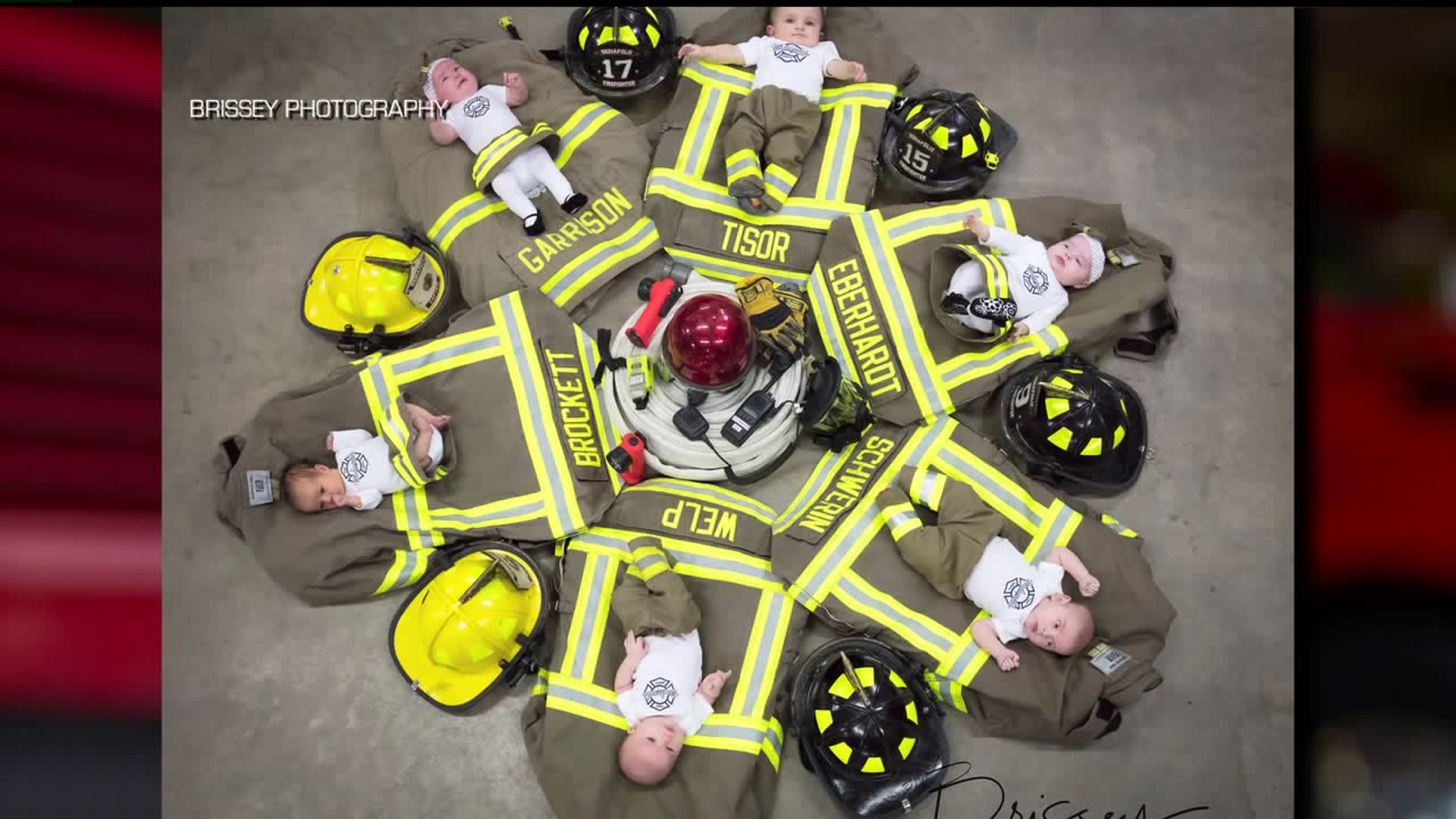 MEDIAPOLIS, Iowa - A group of firefighters is making news, far from the scene of any fire.

"Everyone kept announcing and it was like a new announcement every month," said Katie Welp.

Since August the fire department has gotten bigger and bigger.

"It's been fun to go through it with everybody else and it's definitely helpful that we`re all going through it together," said fire fighter Tom Brockett.

It has everyone in Mediapolis talking.

"I've heard that and there must have not been enough fire calls," said Eberhardt.

While it may be a little hectic when they all get together, these families were able to capture a quiet moment. A picture was taken over the weekend with the boys and girls all lined up on their daddy's fire gear.

"It was surprising when we laid them all out that none of them were crying," said Megan Brockett.

However, the next time the chaos of a fire erupts, this family of fire fighters will face another emergency.

"We've talked about just bringing our kids here and whoever is available can come and watch them," said Eberhardt.

"We`re a family before this and we`ll be a family for a long time," said Tom.

The firefighters say they plan to make the group photo a yearly tradition.

Some in the fire department say you never know if this could happen again, there are a lot of younger couples in the department who haven't had kids yet.