The nonpartisan Tax Foundation puts Illinois’ gas tax, which is on top of a sales tax, at the 10th highest in the nation. 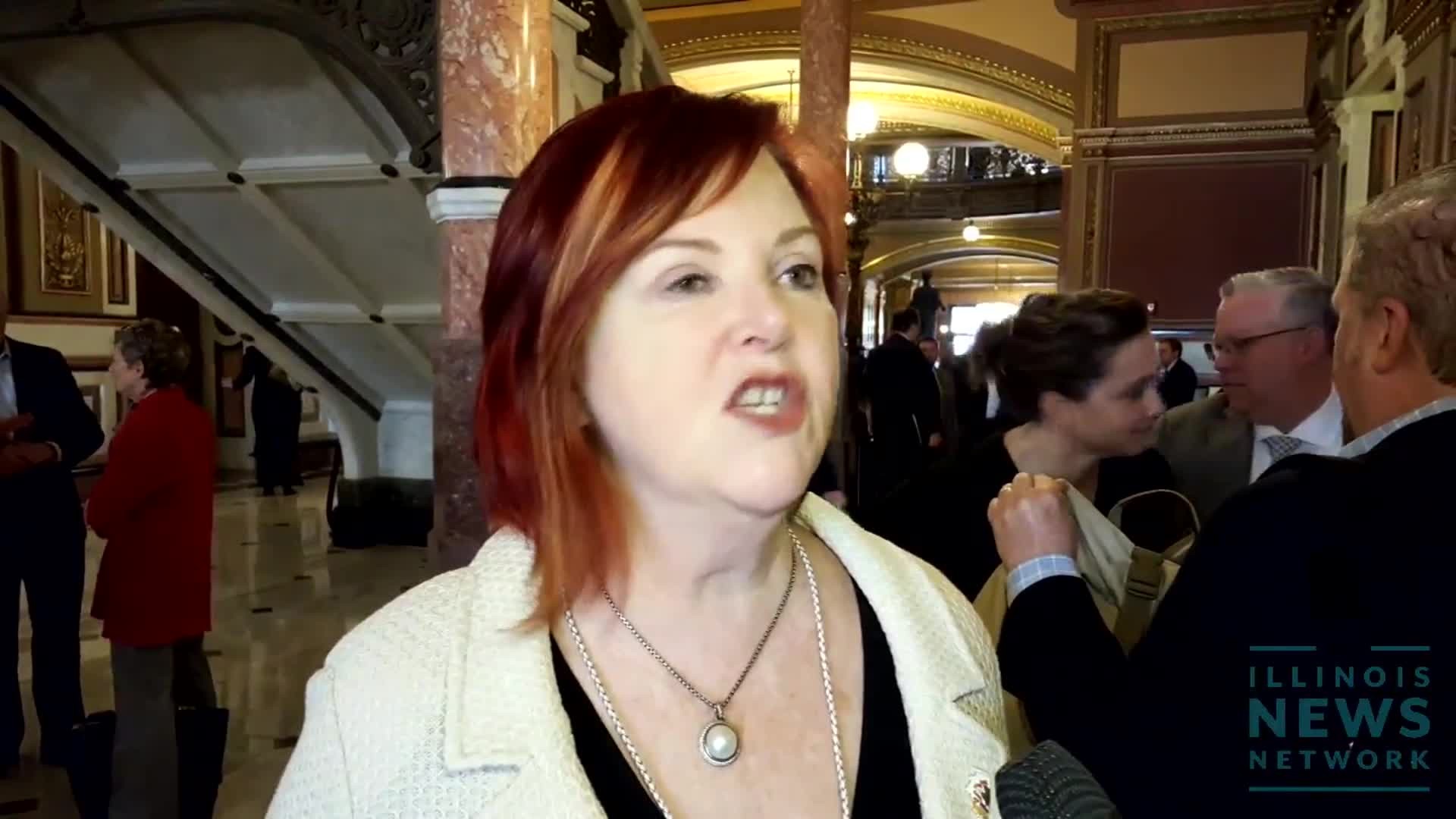 SPRINGFIELD, (Illinois News Network) -- It’s on to the full House for a measure that would give local governments the ability to assess their own gas tax of up to 3 cents a gallon.

House Bill 102 had already been approved by the House Revenue and Finance Committee. An amendment to allow local government to tack on up to 3 cents a gallon to the state’s current 19 cents a gallon was approved in committee Thursday.

“This bill gives an opportunity for the locals to impose a 3 cents a gallon motor fuel tax,” said state Rep. Mike Zalewski, D-Riverside. “I intend to have fuller discussions with the transit board and all interested stakeholders including labor.”

The amendment passed without debate, 8 to 7. During the vote, state Rep. Margo McDermed, R-Mokena, explained her no vote.

“I’m not sure why we’re doing this one off when we need an overall solution to revenue in this area, so I’m a ‘no’,” McDermed said.

After the vote, she said the measure is typical Illinois politics.

“One of our goals of this year is to do an overall capital bill for the entire state,” McDermed said. “Why are we all of a sudden going off on this detour and giving local 3 cents authority when we should be looking at this as a whole. This is typical Illinois General Assembly bad management. We need to be cohesive, coherent and thoughtful in a strategic overall way and this just complicates it and it’s a ‘where’s mine?’ kind of grab and we need to rise above.”

The Illinois Municipal League opposed the bill. Reached by phone, IML Executive Director Brad Cole said they support the concept but his group doesn’t like the cap of 3 cents a gallon or that it affects home rule, which he said already have such authority.

The approved amendment says “if a municipality adopts a responsible bid ordinance that is approved by the Department of Transportation, then the municipality may also impose, by ordinance, a tax on motor fuel at a rate not to exceed $0.03 per gallon.”

The “responsible bidder ordinance component also ensures that a trained, reliable local labor pool would be tapped for community construction projects,” according to a news release from Del Galdo Law Group.

McDermed said that could divert resources away from infrastructure materials into higher labor costs.

Cole said the IML supports the responsible bidder ordinance provision in the bill. He acknowledged the possibility that resources could be diverted away from materials and into labor.

“That definitely could be the case, but this would allow local governments to be able to enact that if they want that,” Cole said. “If they don’t want to, they don’t have to. If they chose to, they could do this MFT. Leaves it up to home rule.”

Illinois’ state gas tax is 19 cents a gallon. The nonpartisan Tax Foundation puts Illinois’ gas tax, which is on top of a sales tax, at the 10th highest in the nation. Another proposal at the statehouse would double that to 38 cents a gallon.

McDermed said taxpayers are getting frustrated when they already pay among the highest in the country, the highest according to in a state consumer finance website WalletHub said is the highest taxed state in the nation .

“If I were a taxpayer in one of these localities, I would definitely want a referendum before this was put on me,” McDermed said. “I think our taxpayers deserve better.”