Marine stops in Clinton during suicide awareness walk across the country

After seeing the tragic effects of suicide firsthand, Toby Flaget knew he had to do something. 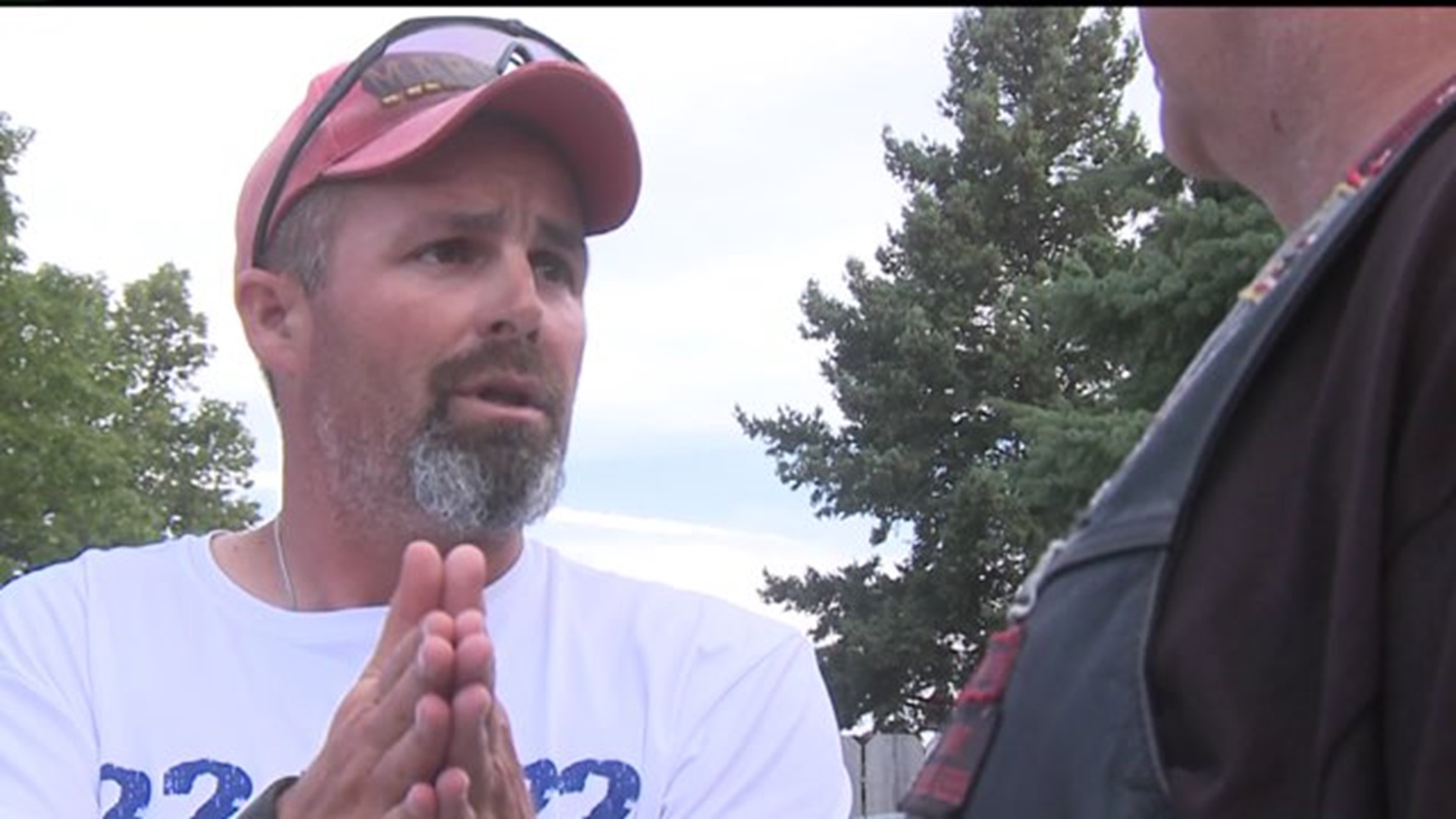 After seeing the tragic effects of suicide firsthand, Toby Flaget knew he had to do something.

"I lost seven buddies in a two month period. I was having a pity party. I started exercising, walking up in the mountains of Washington State, looking for answers, and this is where it's led me," said Flaget.

Flaget began his walk across the country 45 days ago, hoping to raise awareness about the problem of veteran suicides. The retired police officer and Marine Corps veteran stopped in Clinton, Iowa, on Wednesday, July 15, 2015, more than 1,000 miles into his journey.

"People don't want to talk about it, but it's a real problem," said Flaget.

Everyday, 22 veterans commit suicide. Flaget wears a shirt that reads, "22 is 22 too many," and says his ultimate goal is to lower that number through awareness and conversation.

Motorcycle club members greeted Flaget in Clinton on Wednesday, July 15, 2015, and they agree veteran suicide is an issue that's too often swept under the rug.

"We get a lot of guys that come home from war that are looking for that camaraderie, that relationship that they had overseas with their brothers, and they come home and they don't have that anymore, so they're looking for someplace to go, something to be a part of," said Tim Richardson.

Flaget hopes this walk will be a step in the right direction.

"Most people fear what they don't know. I'm gonna attack it. I don't understand it, I don't claim to have the answers, but there are solutions out there," said Flaget.

Although he recently injured his leg, Flaget isn't giving up on the journey. He'll be driving between towns and then walking through populated areas on the way to Atlantic City, New Jersey.

For more information, visit www.tobyswalk.com or his Facebook page, Toby's Walk for Awareness.