A Marine veteran said all he was thinking about as he crawled to the finish of the Boston Marathon was the men who died after an attack on their convoy in Afgha... 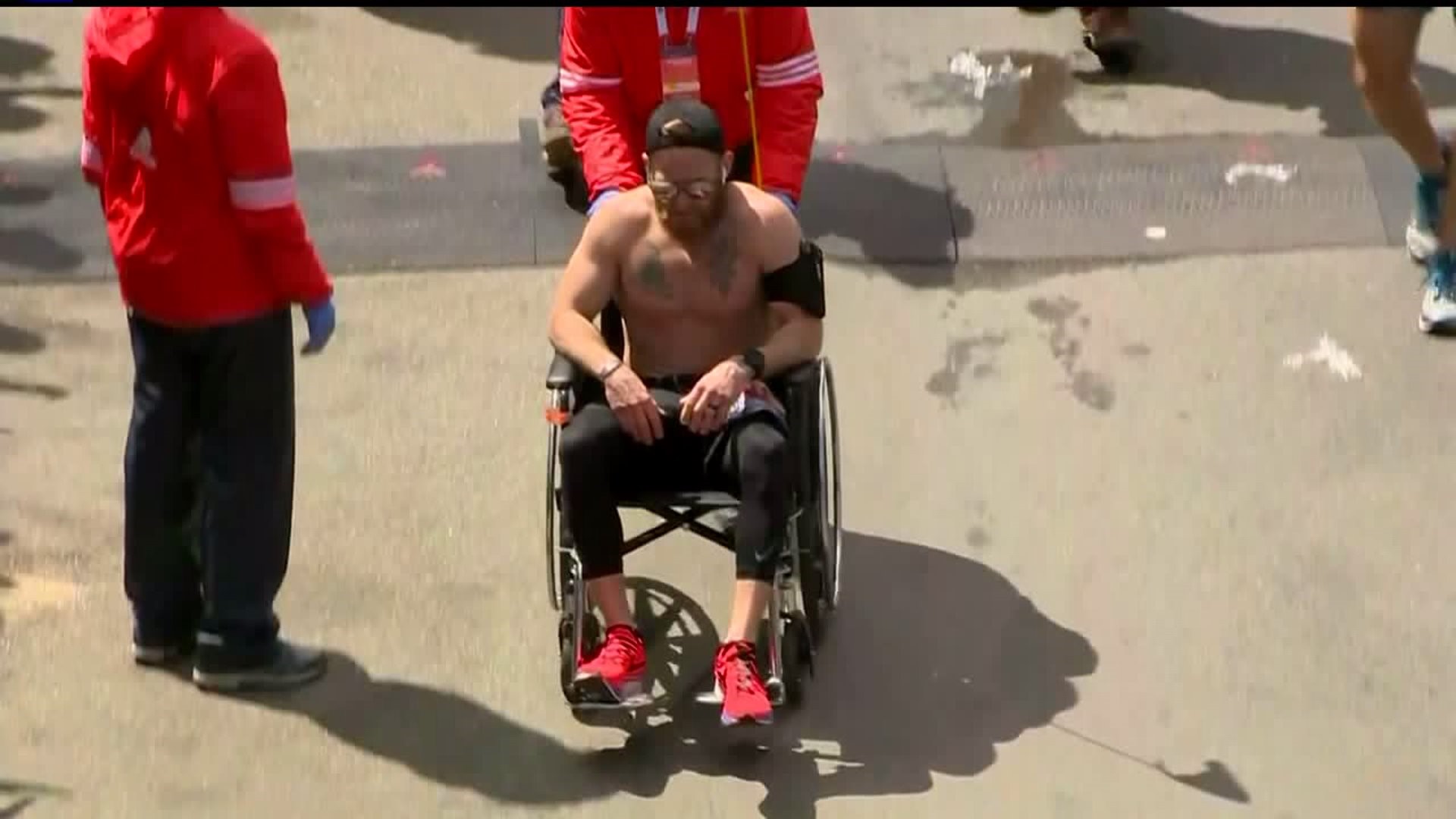 A Marine veteran said all he was thinking about as he crawled to the finish of the Boston Marathon was the men who died after an attack on their convoy in Afghanistan nine years ago.

Their names were written on his hand, his shoes and his race bib. They were the inspiration, Micah Herndon said, when he first started running to escape the horrors of war.

Herndon said he never considered giving up even when his legs started giving out about 4 miles (6 kilometers) from the end of the race Monday.

"That was the longest 4.2 miles I've ever run in my life," said Herndon, who's from Tallmadge, Ohio.

He said his military training kicked in when he dropped to his hands and knees and crawled, at times pulling himself on his stomach, for the final 100 yards (91 meters).

"It was kind of second nature," he said Tuesday, a day after finishing his third marathon. "They instill 'adapt and overcome.' Any situation you're in, that's what you do."

During the marathon, Herndon, 31, said he repeated the names of three men — Marines Mark Juarez and Matthew Ballard and British journalist Rupert Hamer — mile after mile.

Juarez and Hamer were killed when a roadside bomb exploded in January 2010. Ballard, who was severely injured, died after returning home. Herndon was in that convoy, but his vehicle wasn't hit.

Repeating their names is something Herndon does when he's training or competing in a race, even when he gets strange looks from other runners.

Herndon, who was injured in another blast in 2010, got into running after coming home as a way to deal with post-traumatic stress. He hopes he can inspire other veterans.

"It's hard to reintegrate into society and be a civilian," he said. "My message to other veterans is to find whatever your release is. My release happens to be running."