ELDRIDGE, Iowa — North Scott School District is implementing a digital citizenship curriculum for students in order to be proactive about addressing potential i... 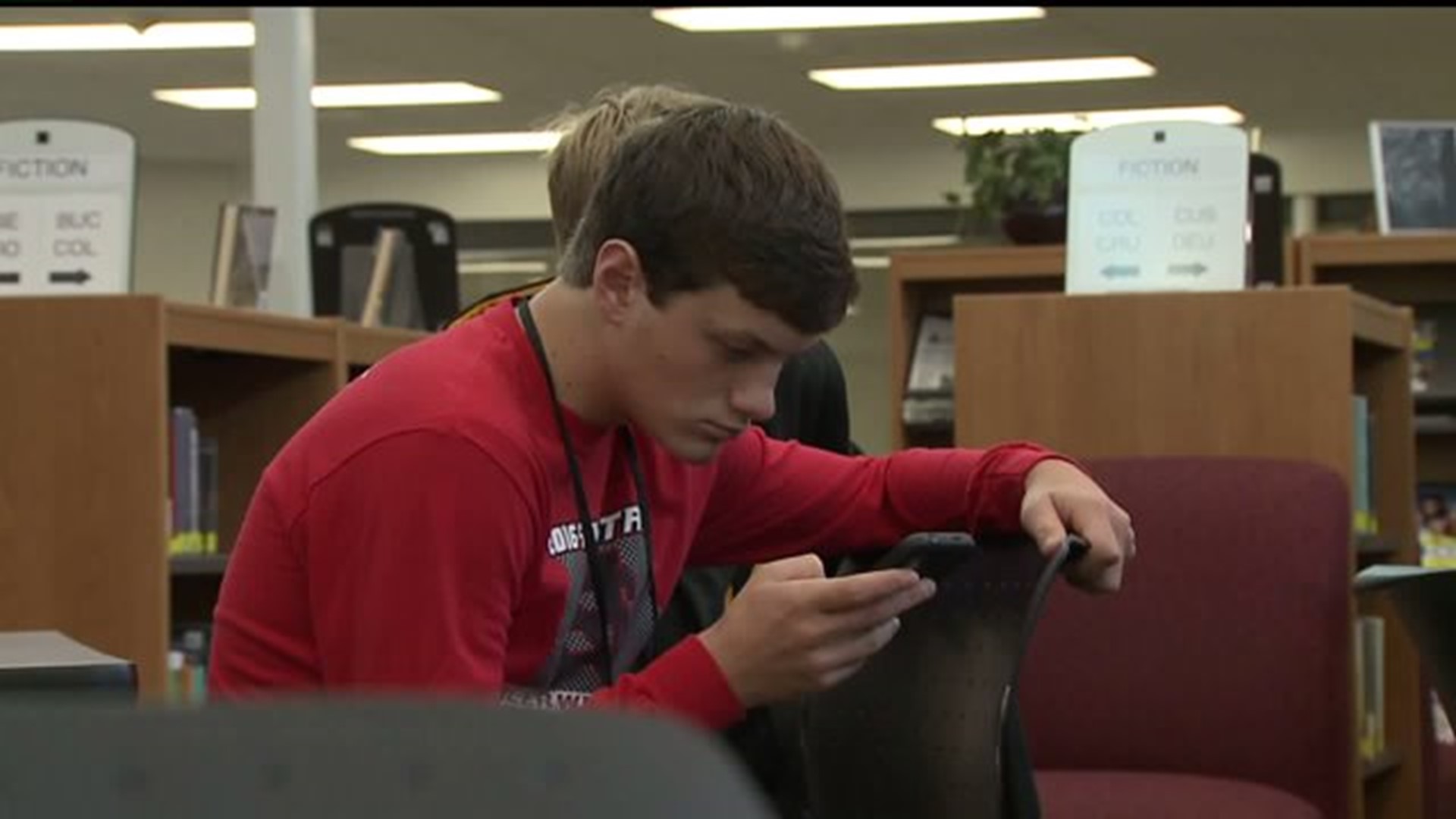 ELDRIDGE, Iowa — North Scott School District is implementing a digital citizenship curriculum for students in order to be proactive about addressing potential issues that can come from students having cell phones in schools.

"There is just such a wide variety of what can happen, it takes time and it takes energy and it's just something we have to deal with in schools," said Joe Stutting, North Scott Superintendent of Schools.

Take a walk through the halls of North Scott High School and you will see plenty of students looking down at their phones. Students are allowed to have their phones with them between classes, at lunch, and during class if there is an academic reason for them to be out.

Problems that can come from students having cell phones include inappropriate filming and threats. For example, if two students get in a fight, and students take out their phones and film it instead of trying to break it up.

Another example; students sending threatening messages via their phones - messages that may be sent outside of school hours, but result with an incident on school grounds.

"It is a very complex situation when you're starting to deal with things that aren't really related to us, we just happen to be the institution or the people who can help solve the problems," said Stutting.

The high school is implementing a digital citizenship program, which teaches students how to use technology appropriately, meaning how to be considerate of other people when using technology, especially when it comes to social media.

"It's kind of teaching them that there’s a fine line with what you’re sharing. There are times when it’s not appropriate to share and you have to keep in mind it could snowball and effect a lot of people because you’re sharing this information and it just, it goes everywhere," said Brown.

As for why the district allows high school students to have cell phones, Stutting says it's about choosing battles wisely.

"This is a question our district has right now. We have board members and community members who say why allow them at all? And my answer is, how do we stop it?"

Given the fact that the majority of high school students have a cell phone Stutting suggests it's not worth the man power it would take to keep cell phones out of the hands of students.

"It's like fighting chewing gum. How much energy and time do you want to put into it? Or would you rather be proactive and teach digital citizenship?" said Stutting.

So that's what the district has decided to do.

"We're teaching them everything else they need to know going out into the world, so I think it's important that that's as aspect that we teach," said Brown.

Brown is working is working with the middle school librarian to build a digital citizenship program students at North Scott Middle School where cell phones are allowed, but students must keep them in their lockers.