Man travels through Davenport on giant bike contraption he built

Chase Clements has been traveling around the country on his super tall bike and it’s drawing lots of attention. 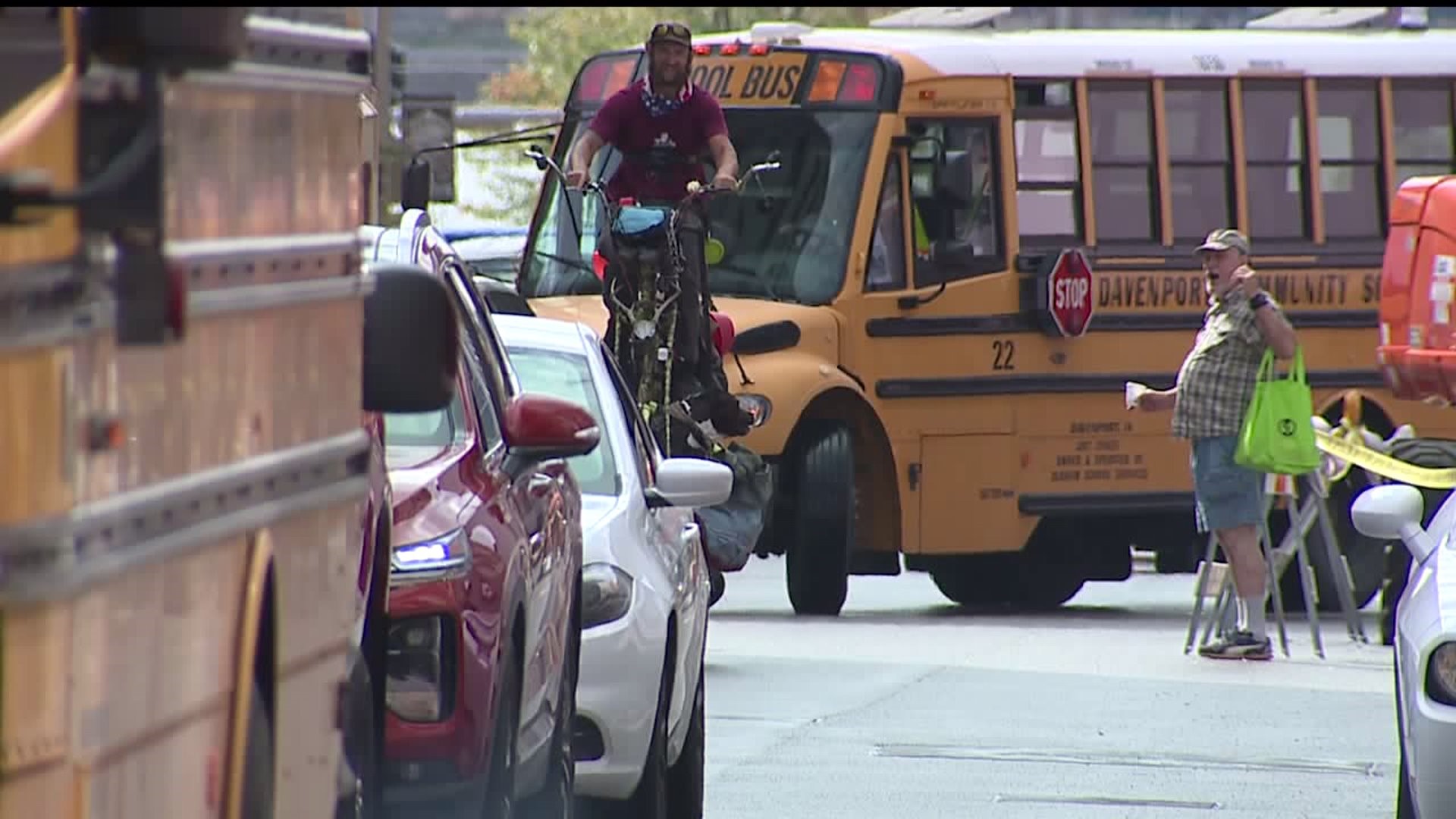 DAVENPORT, Iowa – Biking across the country is what Chase Clements is doing on a bike that makes other bikers feel small.

“Once you get used to it isn’t just better,” explained Clements. “You can see further, and people can see you.”

He’s been wandering around the country the past two months after starting in his hometown of Pittsburgh, Pennsylvania.  Since then, he’s been playing for money with his banjo, sleeping in his tent, and eating any cheap food he can get by “dumpster diving”.

Traveling across the country by yourself can be lonely, which is why he decided to bring his dog, a Pitbull mix named Sonny.

“He loves adventuring and is always down for whatever,” Clements comments.

But its his bike that is catching everyone’s eye as they drive, walk, or bike alongside him.

“It started out with three different mountain bikes, just started butting it up and welding it together,” Clements explains.

“I’d like to know how he gets on and off of it?” wonders Davenport resident, Jeffrey Davis.

The bike attraction has people pulling over to take pictures and wonder what he’s doing.

Clements says he doesn’t have an exact plan of where he is going. He already explored the Great Lakes, traveled through Milwaukee, and plans on going South for the winter.

“Traveling by yourself, people think you get lonely, but you’re actually not because you just keep meeting new people,” comments Clements.

He says he wants to take in the views that cross his path, because in his mind all who wander are not lost.

“If you don’t plan too much then you can’t really get lost because you’re not going anywhere specific,” says Clements.