Dowell says he wants to send a message to those who cruise the alleys looking to cash in. 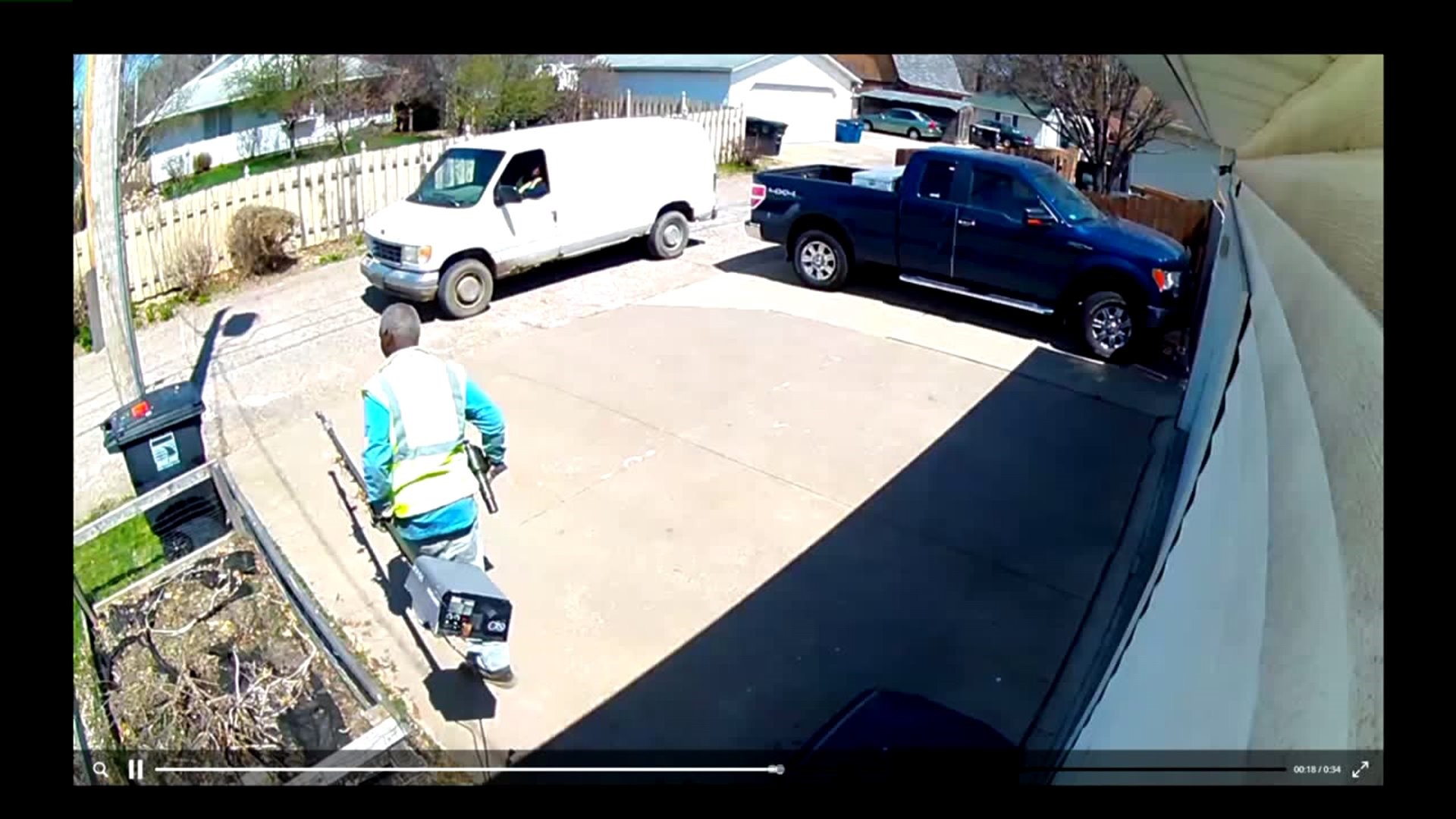 "My opinion is, it's crossing the line. You do not come on my property and steal from me," said Terry Dowell.

Dowell says he's had a couple of items go missing off of his driveway, next to his garage, including a $350 jack pallet he needs for work as a trucker.

"That came out of my pocket," he said about paying for the replacement.

This week, he put up surveillance cameras, and "bait" in the form of an old garage door opener. He placed it in his yard next to his driveway.

Soon, the video shows a white van pulling up, and a man walking up the driveway to take the "bait."

"That is not fair game. That's my property and it's 20 feet from here to the alley," Dowell said. He was unable to get a license number, but has shown police the video and filed a police report.

Dowell says he has placed items in the alley for scrap collectors to pick up in the past, but says what they are doing now is illegal.

"If the scrapper were to do his job the way it should be done, he's honestly doing us a favor. But by coming 20 feet onto my property and taking stuff right outside our garage door, he is crossing the line from scrapping to stealing," he said.

Moline Police spokesperson Mike Griffin says they do get similar complaints, and says the scrappers should not be going onto private property.

"Legally, the items can only be picked up if they are on the curtilage and 'out for trash pickup'.  Alleyways next to garages can sometime blur the lines. People should call us and get a license plate or vehicle info and we can often rectify the situation with the scrappers without criminal penalties," Griffin said.

Dowell says he wants to send a message to those who cruise the alleys looking to cash in.

"The message is if you want to take scrap metal you wait until we take it out to the curb."