A man ran from Wisconsin to Modern Woodmen Park, but it didn’t stop there. He finished off his journey by running the Quad Cities Marathon. 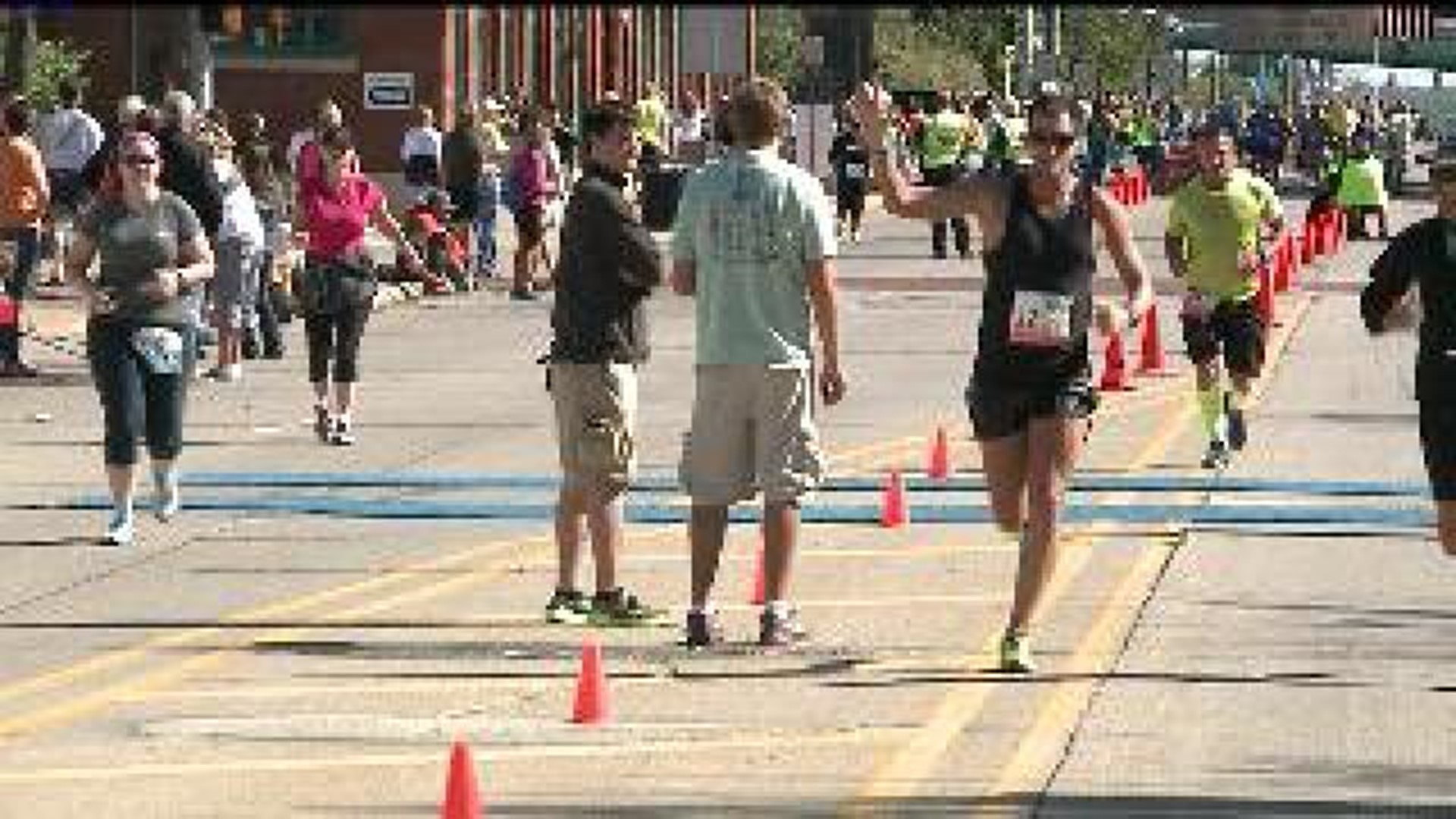 A man ran from Wisconsin to Modern Woodmen Park, but didn’t stop there. He finished off his journey by running the 2013 Quad Cities Marathon.

Dane Rauschenberg started a run of over 160 miles from Dane, Wisconsin. He arrived in Davenport on Friday, September 20, 2013 after days of running.

Rauschenberg said when he woke up on Sunday he was not feeling well and was unsure if he would be participating in the QC Marathon.

“After running the 163 miles, I had no idea what I was going to have today,” he said. “It took me the first eight miles before I decided I was not going to quit.”

The marathon runner said running the extreme distance and topping it off with a marathon was a huge achievement.

“Honestly this is one of the hardest things I’ve ever done,” Rauschenberg said. When asked if he’d ever do it again he laughed and said, “Never.”

Rauschenberg has run over 1,000 races nationwide.