A Paris chaplain who tended to victims of the 2015 terror attack in the city has been hailed as a hero once more, after he entered the burning Notre Dame cathed... 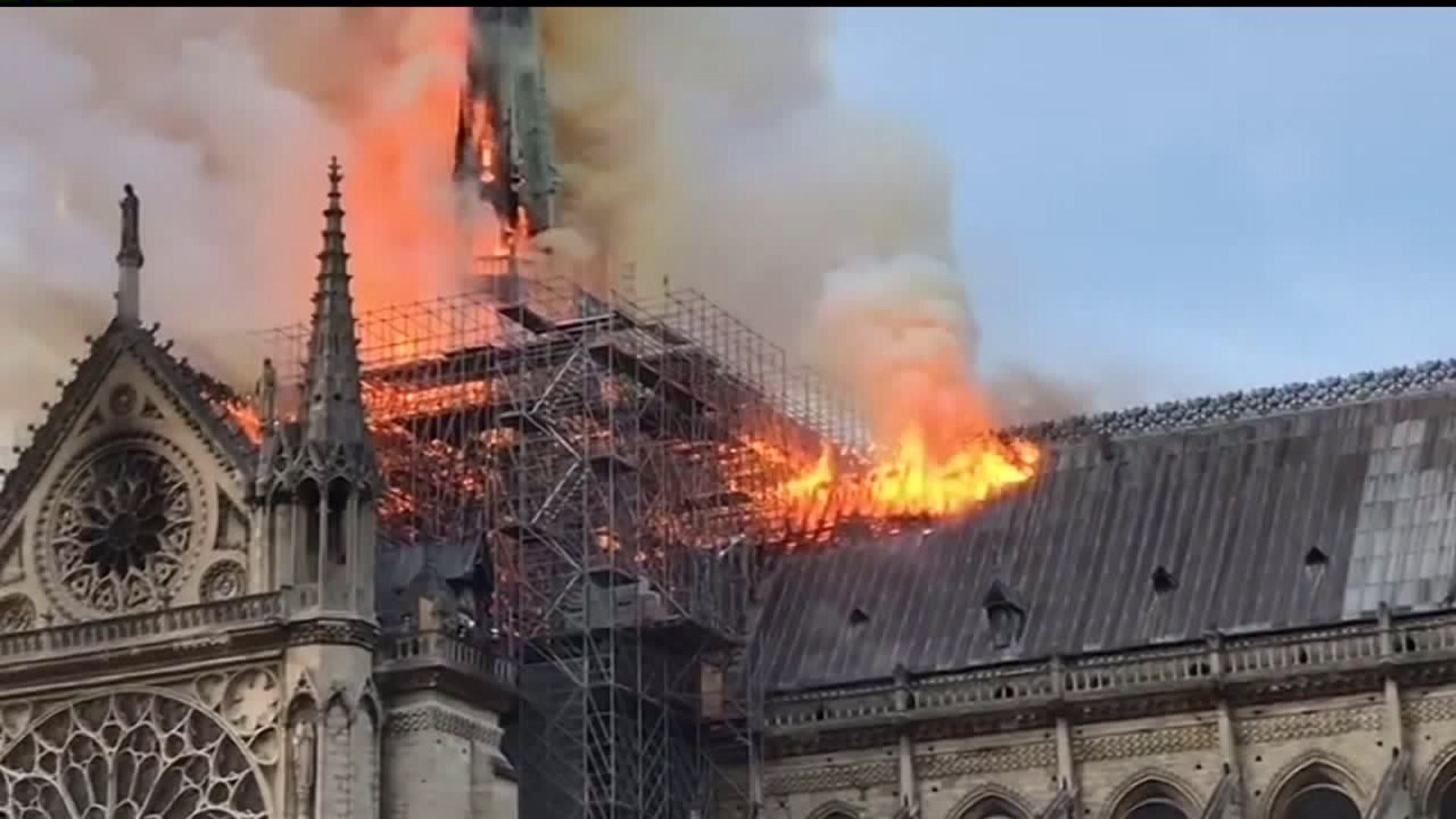 (CNN) -- A Paris chaplain who tended to victims of the 2015 terror attack in the city has been hailed as a hero once more, after he entered the burning Notre Dame cathedral to help authorities rescue priceless relics from the blaze.

Jean-Marc Fournier, the chaplain of Paris fire service, told CNN he entered the cathedral with firefighters and policemen to help salvage some of the priceless artifacts on Monday night.

Thanks to keys and codes that Fournier kept, officials were able to retrieve the Crown of Thorns, which some believe was placed on the head of Christ and which the cathedral calls its "most precious and most venerated relic."

"The police took the crown and I took the holy sacrament [the wafers, or body of Christ]," Fournier said.

Fournier had previously held prayers and assisted victims after terrorists killed 130 people in attacks throughout the French capital in November 2015.

A number of relics were rescued during Monday's devastating fire, which tore through and destroyed parts of the 850-year-old church.

Fournier has been praised as a hero throughout social media for his bravery after Etienne Loraillère, the director of the French Catholic television network KTO, posted a picture of Fournier and commended the chaplain.

Fournier was based in Germany before he joined the Paris fire service as its chaplain, and has also served in the Diocese of the French Armed Forces in Afghanistan, according to an interview he gave to Christian Family magazine after the 2015 terror attacks.

Officials have started relocating numerous artifacts from the Notre Dame, with most being relocated to either Paris City Hall or the Louvre museum.

"We managed to protect the most precious treasures in a safe place," a Paris City Hall spokesperson told CNN on Tuesday.

The copper rooster that sat at atop the cathedral's spire before it collapsed was recovered intact from the rubble, Gérard Araud, the French ambassador to the United States, said on Tuesday.