DAVENPORT — Two people were sent to the hospital following an apartment fire  on West Locust Street this morning that required six crews to extinguish. Th... 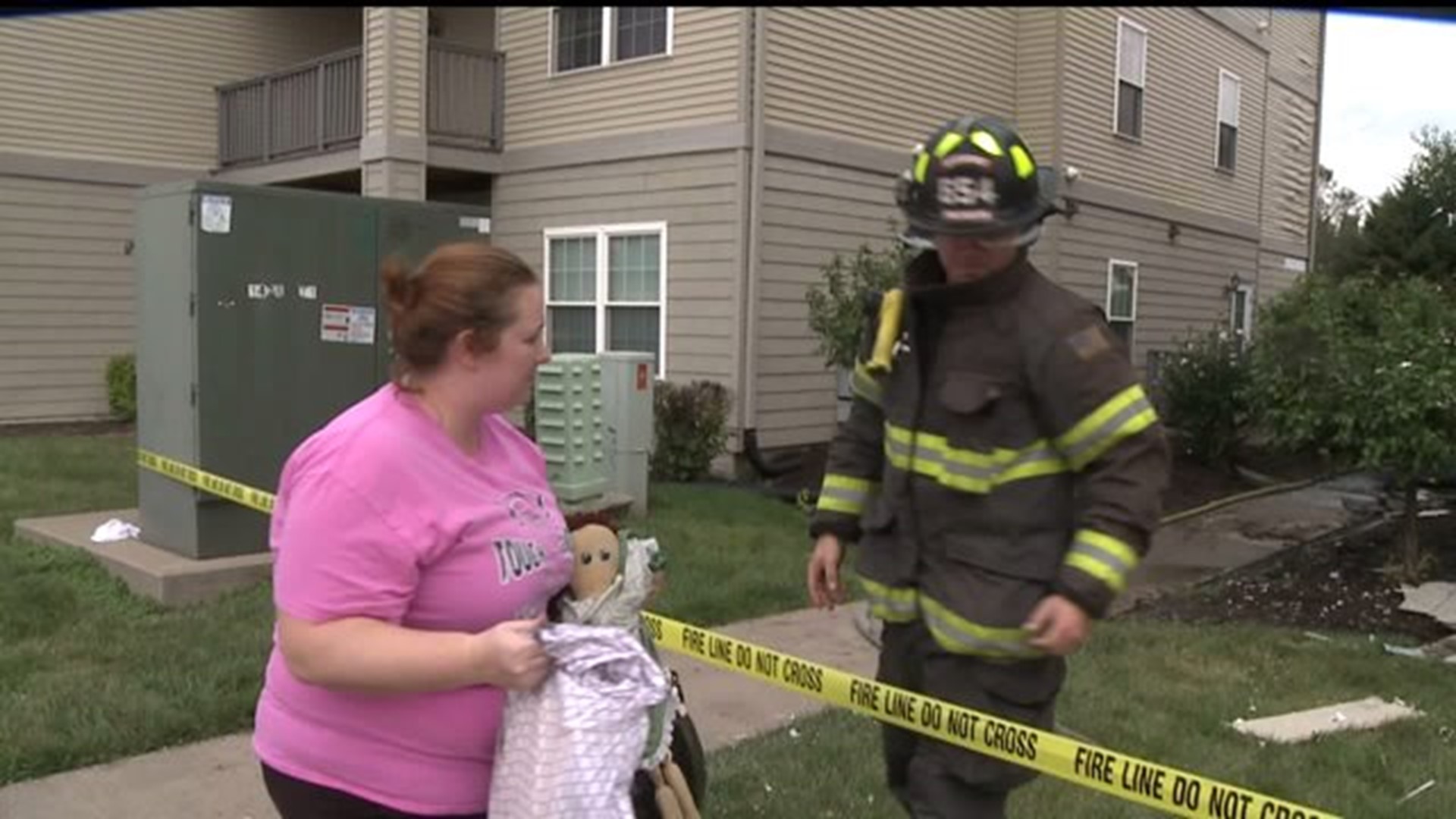 DAVENPORT -- Two people were sent to the hospital following an apartment fire  on West Locust Street this morning that required six crews to extinguish. The injuries are considered minor and non life-threatening, according to fire officials.

The fire broke out around 1:30 a.m. Friday at the Eagle's Crest Apartment complex. The building on fire was a three story building with numerous different apartments. The Davenport Fire Department had several ladder operations working at the peak of the fire.

For residents who lived there they said it was a scary sight.

Fire crews we're out at the scene trying to collect as many items as they could for the residents and were able to get Mack one of her cherished items.

"My homemade doll my aunt gave me, Lucy, and I forgot to grab her last night and I just got her back, so it feels good, it feels good, I`m glad they were able to get her," said Mack.

Initial reports indicate the fire started outside the building, on the first floor.

"When crews arrived, we did have a fire extending up the outside of the building. It had already extended into the attic and into the roof, so we would say it's a fully involved fire here," Davenport Fire Chief Lynn Washburn said.

Firefighters say several people were trapped inside the apartment, but everybody was able to get out safely.

That will be a part of our investigation going forward. We'll want to ascertain whether the alarm system and the sprinkler system did work. That'll be a key piece on how we look at this fire," Washburn said.

The American Red Cross is assisting any residents affected by the fire.