“That will ensure that no taxpayer dollars go to providers that provide abortions,” said Lt. Gov. Kim Reynolds, on Iowa proposal to defund Planned P... 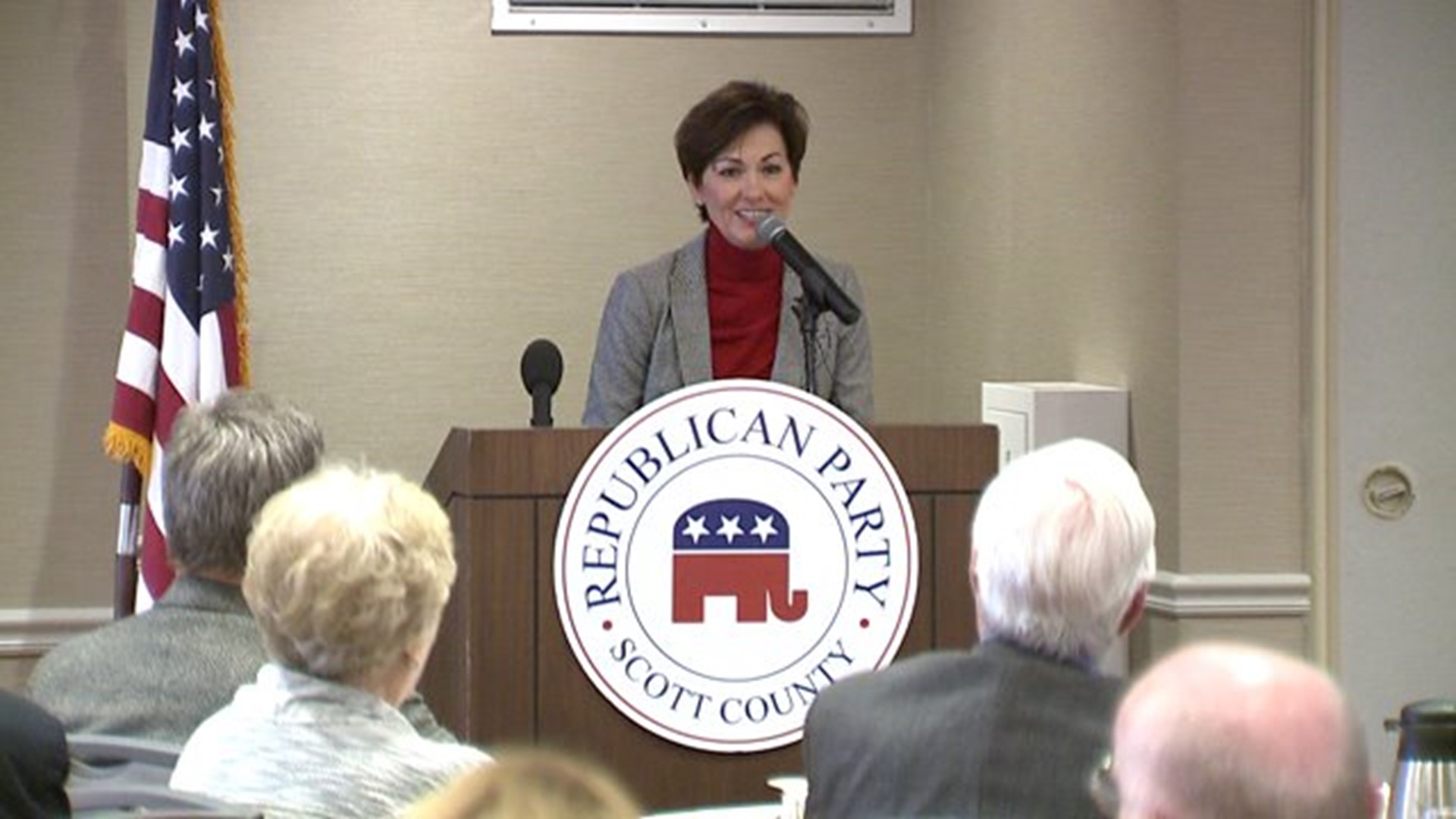 She'll take over when Gov. Terry Branstad gets confirmed to serve as U.S. Ambassador to China.

Pro-choice women in Iowa, however, won't likely be among her supporters.

Speaking before the Lincoln Club on January 26, 2017, she earned applause from Scott County Republicans by echoing a call to defund Planned Parenthood.

"That will ensure that no taxpayer dollars go to providers that provide abortions," she said.

"There's over 200 providers throughout the state of Iowa that can provide high quality health care to women," she said.

After six years of working side-by-side with Gov. Terry Branstad, it will likely be a smooth transition on controversial and mundane issues.  Together, they're planning to slice about $118 million from the state's new budget.

"Very tough decisions that had to be made," she said.  "But we did not want to do an across-the-board cut.  We wanted to do targeted cuts."

Local Republicans are following her rise to the top of Iowa politics.  And by breaking the gender gap, they like what they see.

"It sends a great message," said Judy Davidson, during her final event as chair of Scott County Republicans.  "It sends a message that Iowa actually does not have a war on women, and we encourage women to be leaders in the state."

Reynolds, who is eager to make the most of a Republican majority in Des Moines, is eager to get down to business.

"We're focused on working with the legislature to pass the priorities that we have: computer science, water quality and road safety," she said.

And soon, she'll be a new leader for a conservative push that's strengthening across Iowa in 2017.