MILAN, Illinois– Iraq veteran Kyle Retzlaff and a two of his fellow veterans walked 22 miles across the Quad Cities to raise awareness for the 22 veterans... 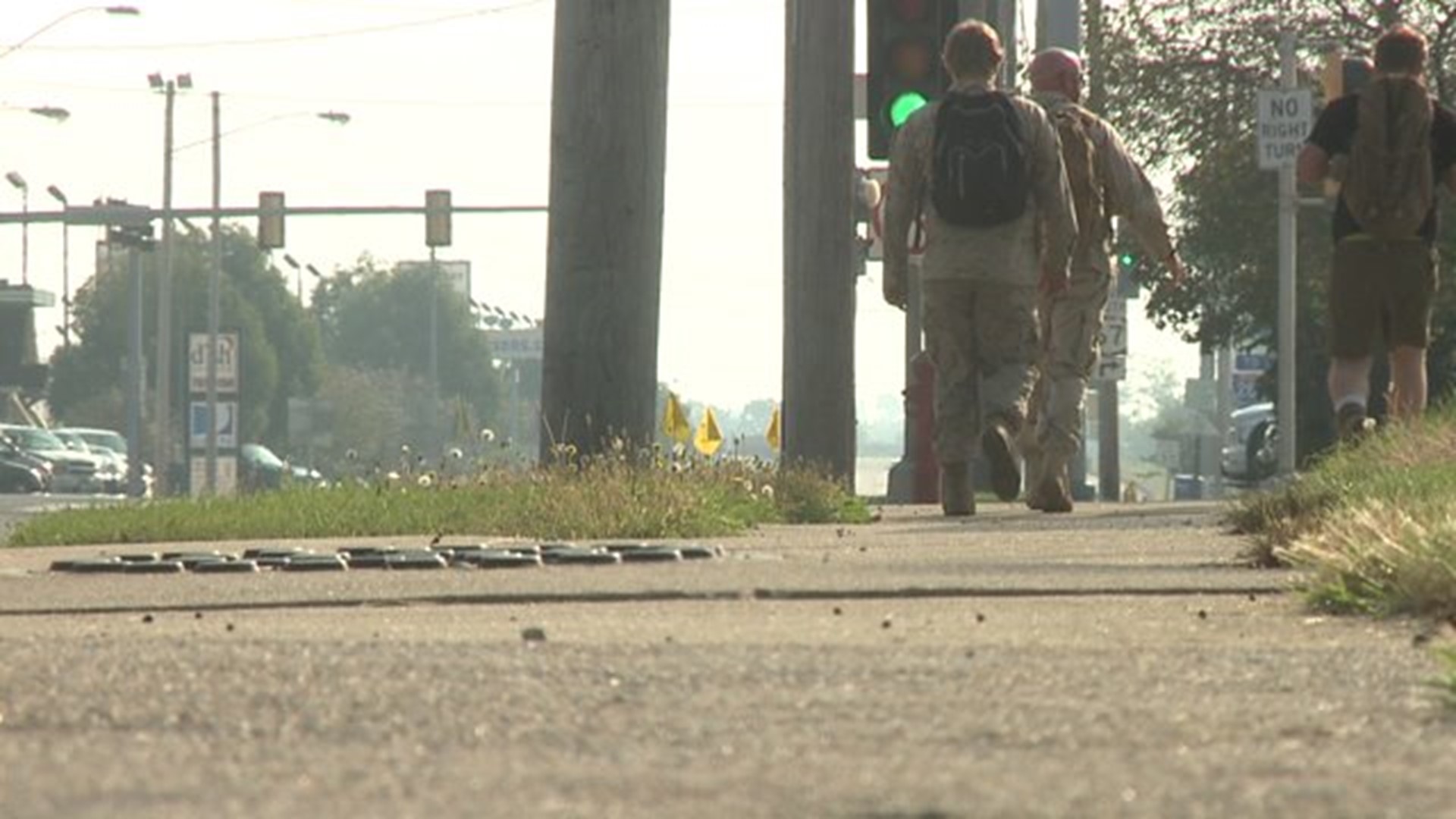 MILAN, Illinois-- Iraq veteran Kyle Retzlaff and a two of his fellow veterans walked 22 miles across the Quad Cities to raise awareness for the 22 veterans lost to suicide every day.

The walk began at the Service Station Bar and Grill in Milan and continued through Moline and Rock Island. Only stopping to rest at the Park Side Bar in Moline.

Retzlaff also carried his service bag, weighing over 30 pounds to represent the heavy load many veterans carry by themselves once they come home from war.

Members of the Combat Veterans Motorcycle Association also donated 22 pairs of combat boots to be displayed during the walk.

"Those boots should be filled that's... my goal we want to make sure those boots are filled," Retzlaff said.

This was the first year for the walk, the group hopes to keep it going every year.

The money raised through the 22 Mile Walk project through will go towards Jason's Box, a nonprofit organization whose mission is to improve the health and well-being for their military.

Money is also being raised through the group's GoFundMe Page.