They chose to do this on Black Friday for a reason. On Friday, November 27th, 2015, Teamsters Local 371 held a rally at the intersection of John Deere Road and ... 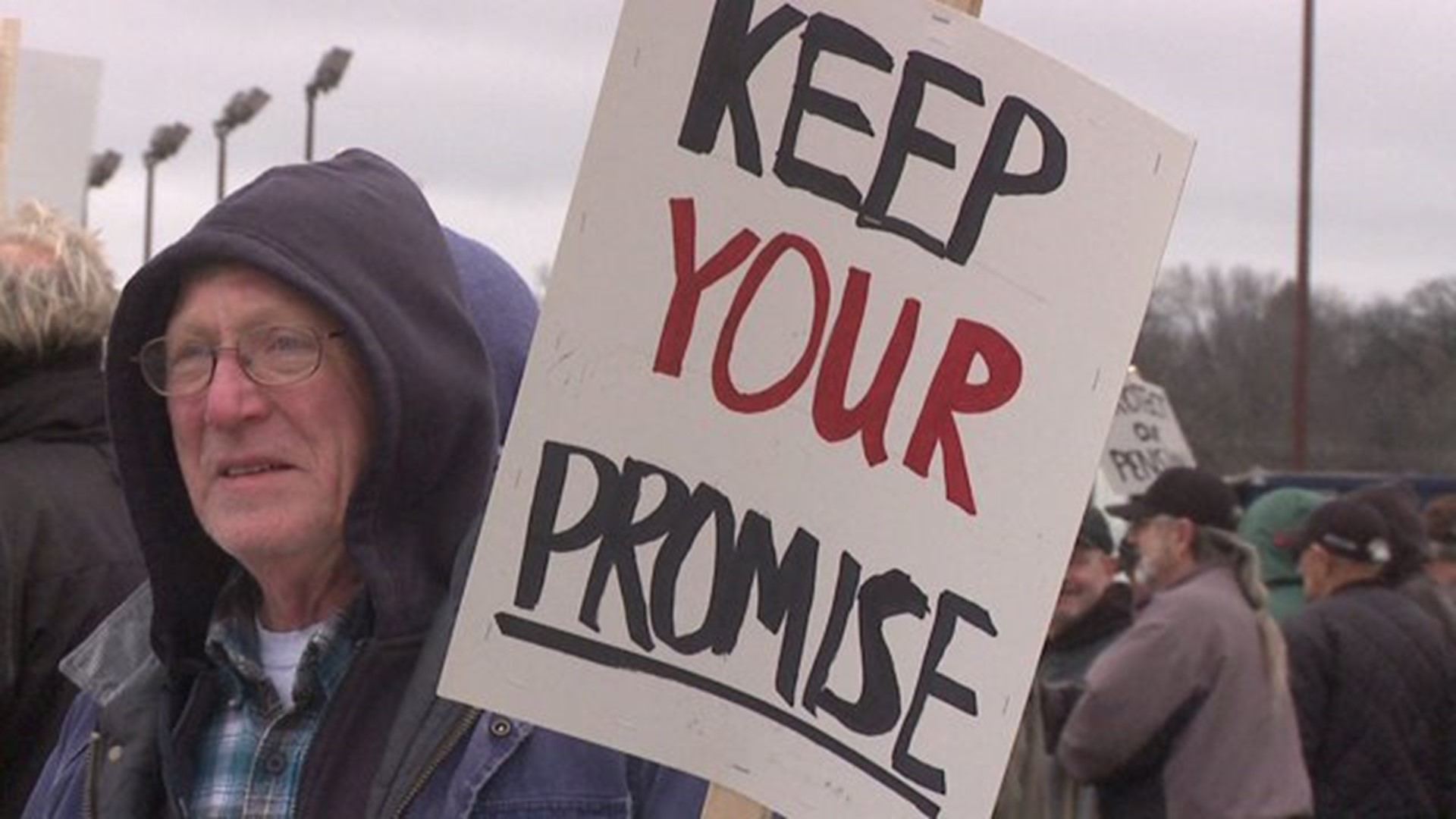 They chose to do this on Black Friday for a reason.

On Friday, November 27th, 2015, Teamsters Local 371 held a rally at the intersection of John Deere Road and 16th Street in Moline.

"We figured there would be a lot more people out on this day than any other day," said Chuck Frenell.

"We'd like to get as much public awareness on this as possible," added Howard Spoon.

Frenell and Spoon stood with nearly 100 members and retirees on both sides of the road with signs that read - Don't Cut Our Pensions, Keep Your Promise, and Save Our Pensions.

"We got a pension with Central States [Pension Fund] and the legislation is now allowing them - because they are having financial difficulties - to appeal to the U.S. Treasury Department and cut our pensions by 50% and some of them 60%," said Spoon, the President of Teamsters Local 371. "That's not sustainable for a lot of our retirees. They've worked hard their whole lives. They didn't invest in a lot of other securities for their pensions and this was a promise that was made to them."

Spoon estimated there are nearly 4,000 people in the Quad Cities who would be affected by the cuts and about 400,000 total. Representatives with the Central States Pension Fund said if they don't make some cuts, the Pension Fund could run out of money in 10 years.

However, members of Teamsters Local 371 said it's money that was promised to them and it should not be touched.

"40 years ago, you thought that's what your savings was going towards and it was going to be there and it was going to be guaranteed and now we're finding out that nothing's guaranteed," said Frenell, Vice President of Teamsters Local 371. "I have 40 years after this year in the union and I'm going to lose about 50% of my pension."
Spoon said a decision is expected by the end of December, though on its website the U.S. Treasury Department is reporting that it has until May 7, 2016 to make a decision. Either way, the proposed reductions are available online for public comment and review here.