Local referee shortage is a “crisis,” according to Commissioner of Officials

Poor sportsmanship is pushing local football officials out and its starting to impact the way games are scheduled. 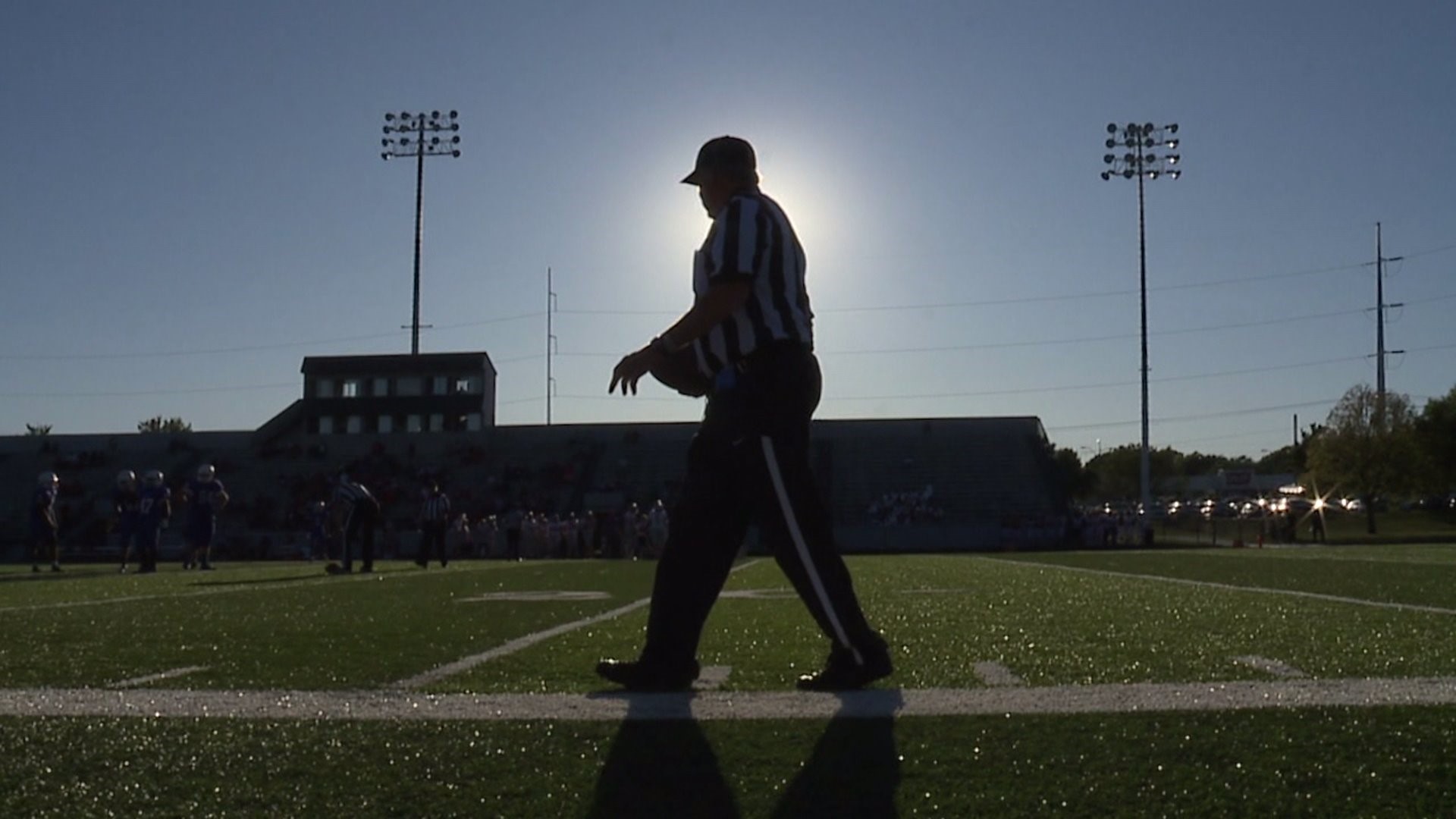 Leaders say It's a problem that is being seen in almost every community and our area and it has reached a point where more and more games are moving from Friday night to Saturday.

George Thuenen, who worked as an official for more than three decades and retired back in 2006, came out of retirement to help out.

Mike Botts, Commissioner of Officials for both The Western Big 6 and The Mac Conference, works to schedule referees. He said the shortage become a "crisis."

A survey by the National Federation of State High School Associations found that the reason the officials are leaving is because of poor sportsmanship by players, coaches and parents.

Botts said after 35 years of being on the sidelines, he has seen it all. He says overtime things have only gotten worse.

"We had a parent charge out on the football field last week," said Botts.

He blames part of the shift in culture on what parents and players see on T.V. during NFL and college football games.

He also said people are picking up bad habits and behavior at an early age.

"A lot of that happens in these youth programs that go on the weekends. These travel teams and AAU (Amateur Athletic Union) programs, where the parents and the kids are out of control on a weekend basis and then it kind of bleeds up as they get older," said Botts.

Botts said things have to change soon. He struggles to schedule referees on a daily basis in all different types of sports.

In football, he fears more Friday night games will be moved to Saturday here locally.

He said he is already starting to have to make sure games are re-scheduled and some referees are officiating both the Junior Varsity and Varsity games.

"Friday night in America is football and unfortunately we just don’t have enough people to cover them," said Botts. "We`ve got to get the message out to the coaches to get to the parents and the players that we need to be a little bit calmer at these football games."

The crew of officials for the Friday night varsity game at Brady Street Stadium drove  from Cedar Rapids to help ref the game.

"We have people coming from Peoria, Cedar Rapids. All over. An hour and a half, two hours away," said Botts.

On September 6, at least 5 more referees told Botts they won't be back.

And, he said the commitment the officials are giving to the game they love is a big sacrifice.

"They’re away from their family’s even longer than we are," said Botts.

The love of the game is what keeps Thuenen on the sidelines years after he retired.

"Friday night football is one of the greatest things going. Always has been to me, since I was a little kid," Thuenen said. "I think there’s less and less people who want to make the total sacrifice to want to do it."

For Botts, the solution to the shortage could be simple.

"I think we’ve got to encourage our young people to get involved and give something back to the sport that they got to play in high school," Botts said.

He's a man ready to tackle the "referee shortage crisis" and he is surrounded by a crew of officials who are passionate about the game they love so much.