Three perches were placed facing the river. The group will plant ten trees in the coming days. When those trees are grown, the temporary perches will come down ... 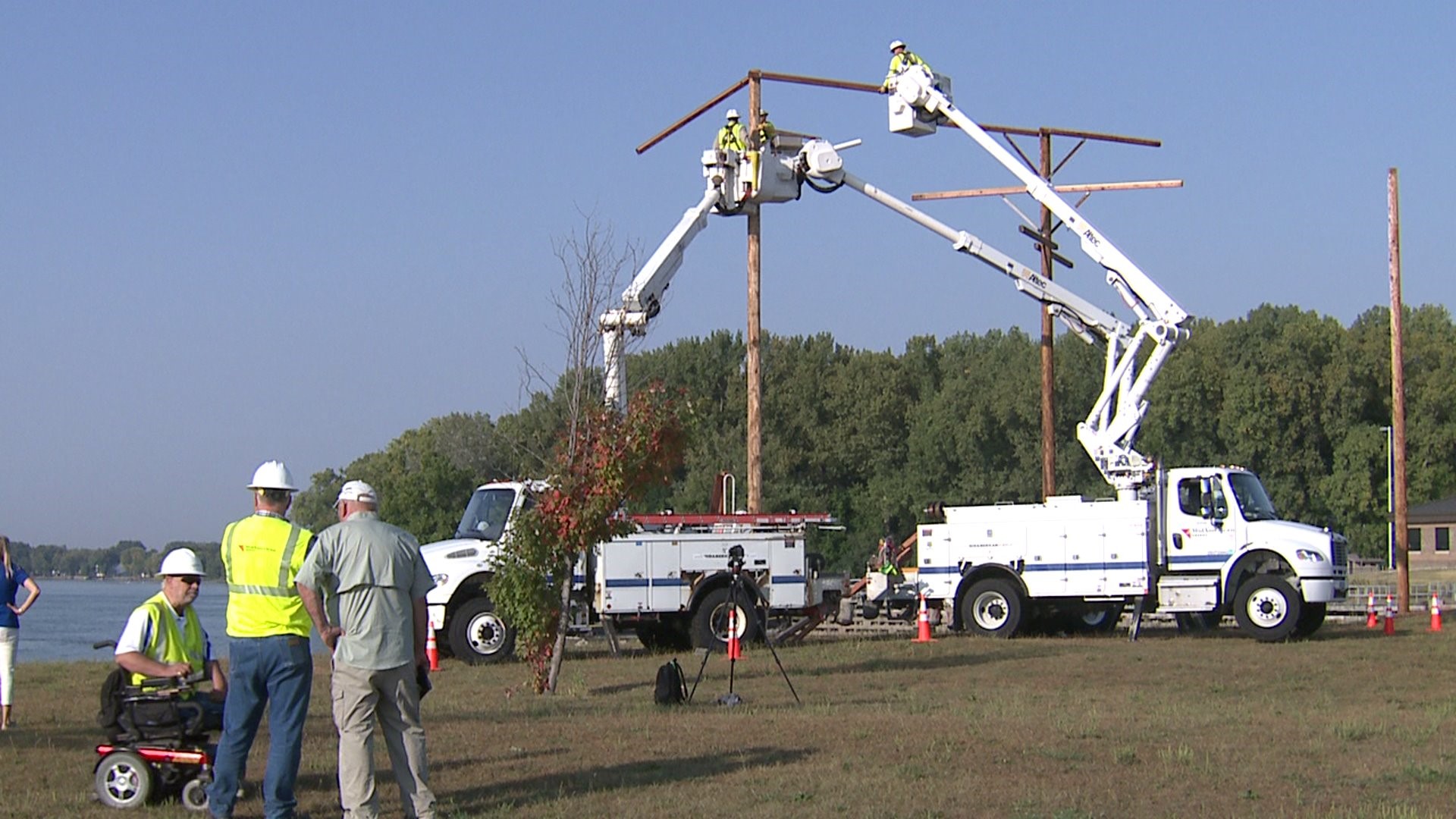 LECLAIRE, Iowa-- If a picture is worth a thousand words, these photographers have enough to write a novel.

On Thursday the veteran picture takers go a bit off script to document something startling, the construction of three 34 ft tall eagle perches.

Their genre of choice is typically more serene.

Mostly seen in the winter, eagles are the main subject.

"You can see the excitement on their face and hear the oh's and ah's," says Brooks.

Lock and Dam 14 is known worldwide for its close access to the majestic birds.

It has the draw for viewers, but it needs help attracting the main attraction. That's where the drilling comes in.

Trees the birds used to perch in were destroyed in a storm back in February. So now they're building new temporary ones with the help of MidAmerican Energy and Living Lands and Waters.

Three perches were placed facing the river. The group will plant ten trees in the coming days. When those trees are grown, the temporary perches will come down to return the area to a natural look.

In the meantime, birds can come perch, search for food in the water, and then dive in for their pray.

On the surface, the construction pictures might not be as majestic as eagle shots, but they just might be worth a million words if it gives new life to the star of the show,