The troops are still collecting donations if you’re willing to donate. 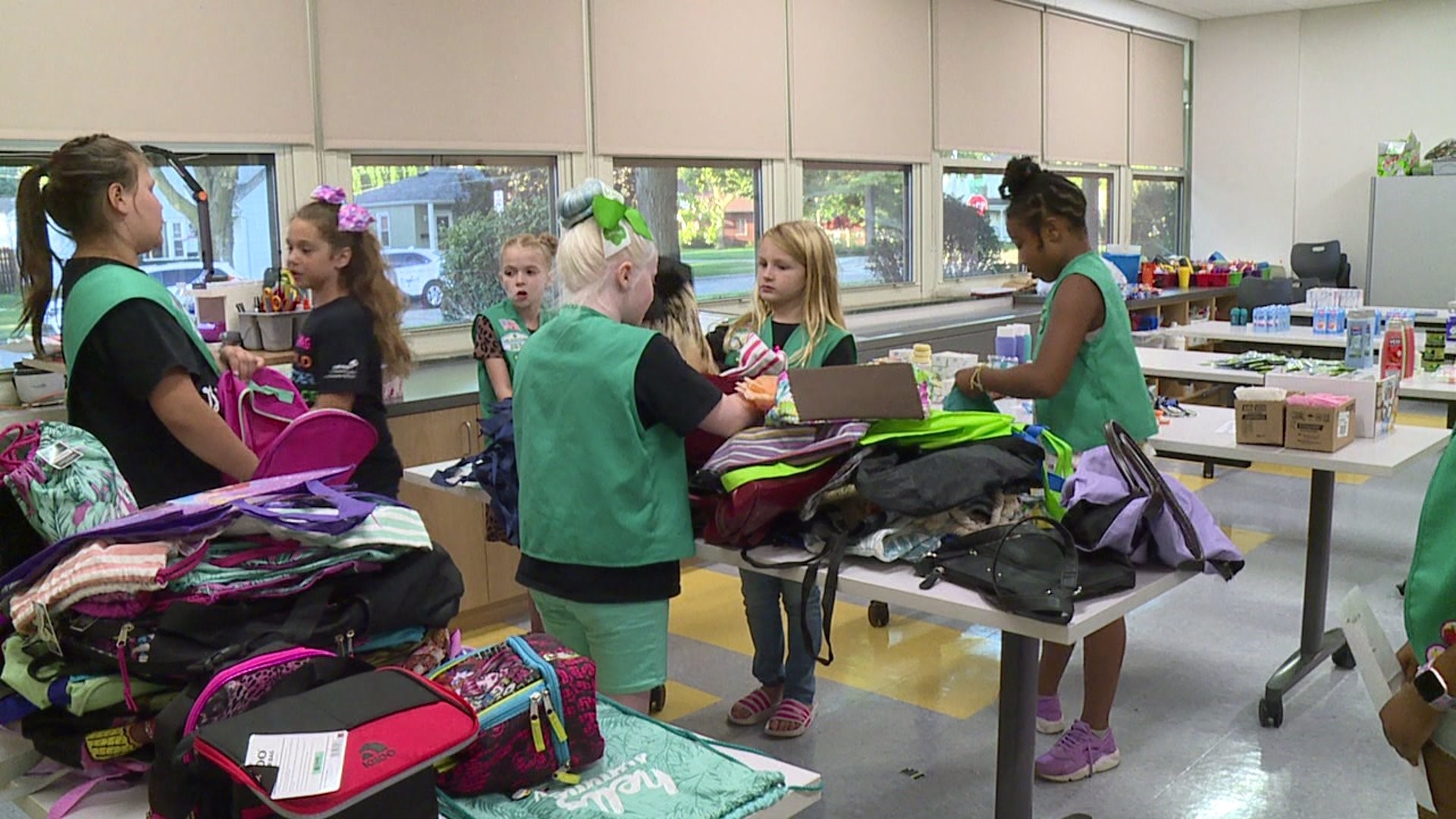 MOLINE, Illinois - A local Girl Scouts troop is on a mission to pack 150 "emergency overnight bags" for female victims of domestic assault.

On September 24, the troop  packed some of the bags full of basic necessities, They're filled with things like shampoo, razors, feminine products,  toothbrushes and toothpaste, notepads, water bottles, wash clothes, deodorant and stuffed animals for kids.

The Girl Scout who came up with the idea, Julia McCowan, said she wanted to help women who survive domestic abuse because the women often leave dangerous situations in a hurry.

"Most of the time they can only take a few things," said McCowan.

Later this year, the bags will be given to Winnie's Place, a women's domestic abuse shelter in the Quad Cities.

"When they begin to recover the basics that they need for everyday living and that many of us take for granted, that is a step towards getting them stabilized, situated, and they now know that there is light at the end of the tunnel," said Pastor Melvin Grimes, the Executive Director of Churches United, an organization that oversees Winnie's Place.

Grimes said the 4th and 5th grade girls who are heading this project are impressive.

"When we have groups such as the Girl Scouts, especially fourth and fifth graders, who are willing to do this, it really shows their concern about the heart of people who are imperil," said Grimes.

"When most people hear Girl Scouts, they think cookies. Which I mean, yes our cookies are amazing, but they also just think that we get together and do crafts and things like that," said Campbell. "Girl Scouts really, at the heart of it, is to get these girls into their community and figuring out what problems are in the community so that when they are older they can become leaders in the community."

For Julia McCowan, the mission is about spreading love.

"Right now, there's a lot of hate in the world and I just want to stop the hate," McCowan said.

Monetary Donations can be given here.

Physical donations can be sent to the Bettendorf Girl Scout Office.