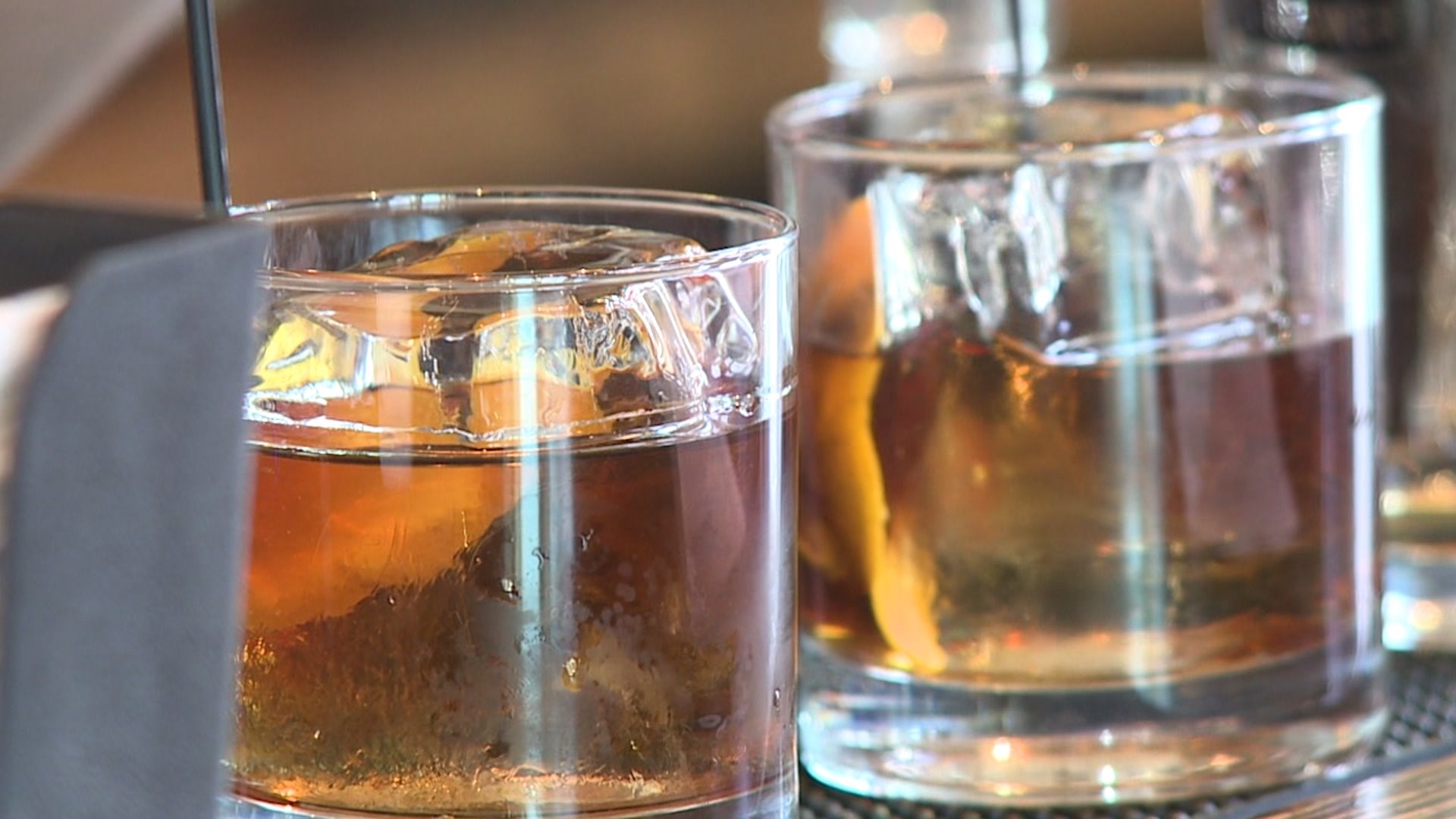 LE CLAIRE, IOWA--Mississippi River Distilling Company is the first distillery to be licensed to sell cocktail drinks in Iowa.

For co-owner of Ryan Burchett trying to get the law passed was not an easy journey.

"It was a long process with our legislators(...)they don't want to mess with alcohol laws if they don't have to," says Burchett.

Burchett's distillery opened it's doors almost 7 years ago...nearly five of those years he spent attending 5 legislative sessions to move the law along.

"We could serve free samples, we could sell a bottle, but we couldn’t sell a glass," says Burchett.

He says he wanted to level the playing field between breweries and wineries in Iowa.

In May of 2017 the law was signed by Governor Branstand and took effect July 1st.

"We were really excited for a few minutes and then we realized oh my gosh we have sixty days to try to figure out how to run a bar," says Burchett.

But their team quickly put things together and now sell 20 featured cocktails made in house from Bloody Mary's to gin and tonics.

Both Burchett and State Senator Roby Smith were actively involved in passing the law to help bring more business to Le Claire and the area.

"You want to help businesses especially small businesses out. And we’re able to do that and here we are now. They can expand and hire more people and that’s good for the Quad City economy," says Smith.

Smith says 2-3 other distilleries in the state have applied for the license and believes more will do so in the future.