Gov. J.B. Pritzker is scheduled Wednesday to sign the state budget and legislation that could lead to a graduated income tax in Illinois.

CHICAGO (AP) — Gov. J.B. Pritzker is scheduled Wednesday to sign the state budget and legislation that could lead to a graduated income tax in Illinois.

Pritzker’s office said in a release Wednesday morning that he will sign the measures in the afternoon at the Thompson Center in downtown Chicago. They are pillars of what the first-year governor has called one of the most “ambitious and consequential” legislative sessions in state history. 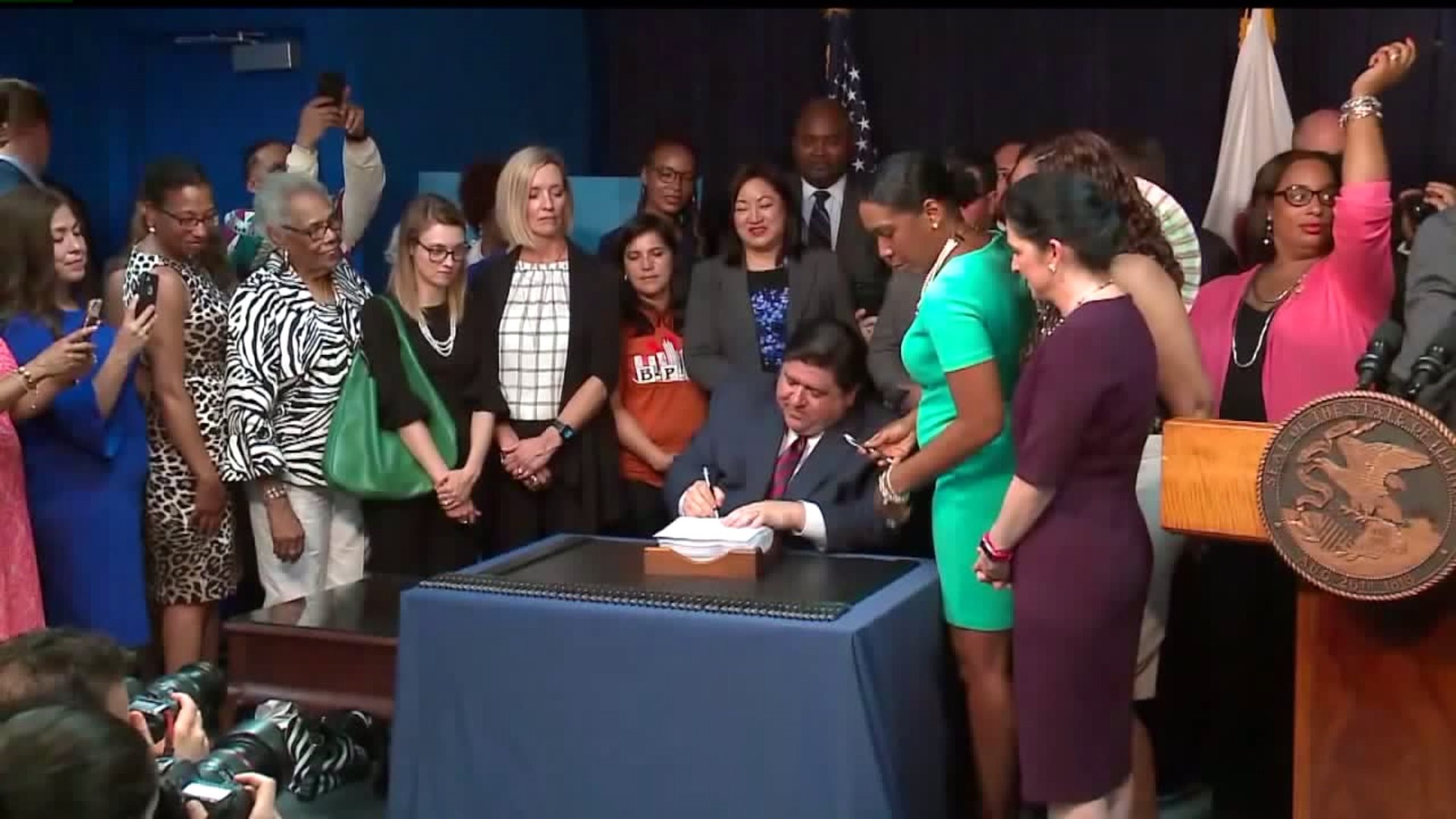 The nearly $40 billion budget for the year that begins July 1, carrying a "balanced" stamp from both Republicans and Democrats, is a 2% increase over the current year. It fully funds the state's $9 billion pension contribution and authorizes the borrowing of $1.2 billion to pay $6.7 billion in overdue bills. The budget also includes a $1,600 annual pay raise for lawmakers and boosts education funding and money for the state's child welfare agency.

There was pushback from some Republican lawmakers on the pay raise. The House surprised the Senate last week when it slipped the cost-of-living increase into the budget legislation and then didn't take action on the Senate's attempt to reverse it. GOP state Sen. Dale Righter of Mattoon said legislators shouldn't "try to slip it through in the last hours of session because that's what people resent."

The income tax measure adds a constitutional amendment question to November 2020 ballots asking voters whether they want to switch from a flat-rate income tax to one based on income. If approved, the new scaled approach would take effect in January 2021.

The issue was a top campaign pledge for Pritzker, who calls the graduated tax system a "fair" tax because it would replace the current 4.95% flat rate, which critics contend eats up a greater share of income at lower wages.