The accident on January 15 was recorded through radio communication between Sheriff Deputy Polhemus and a dispatcher. 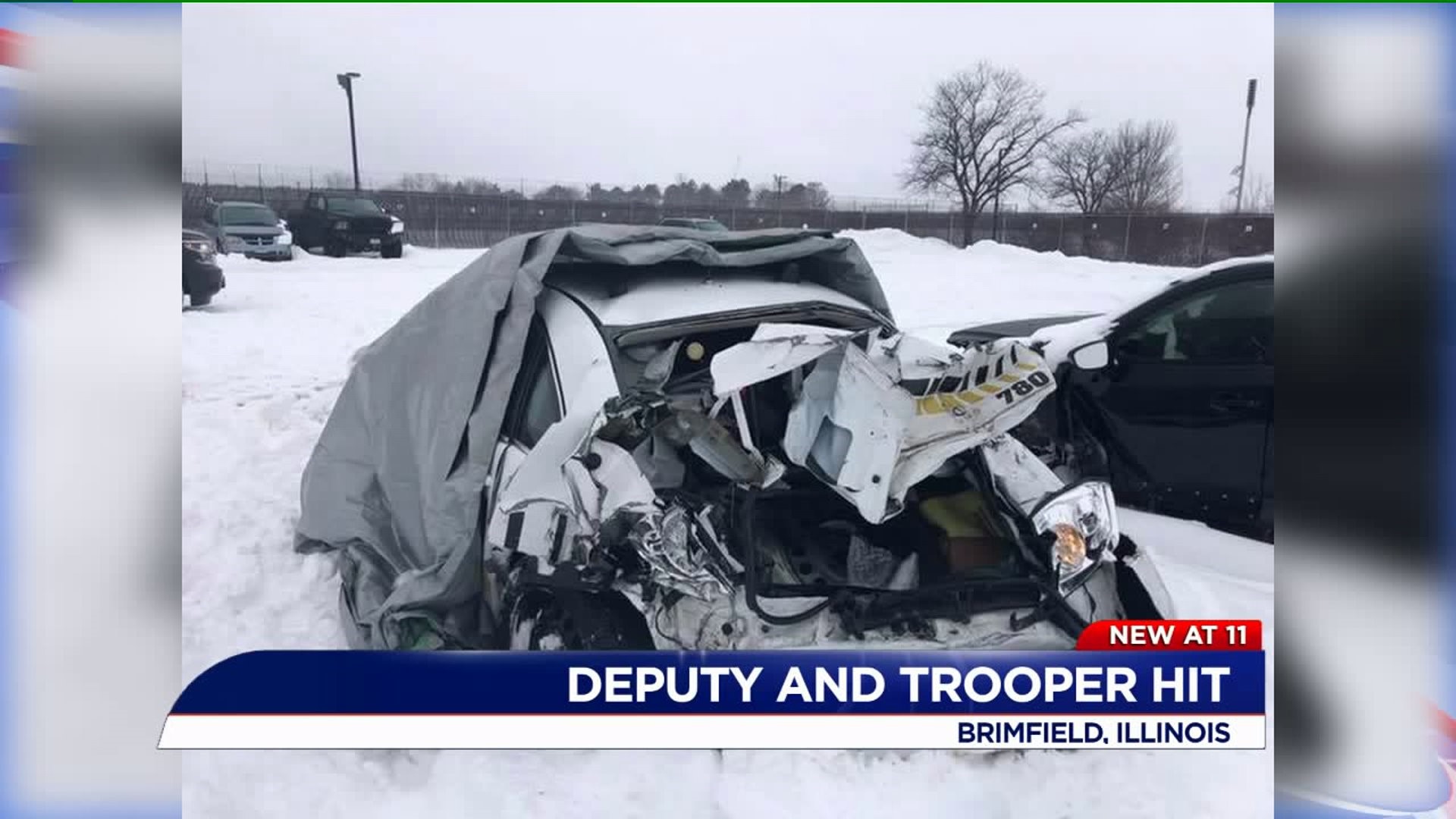 PEORIA COUNTY -- One Peoria County Sheriff Deputy is injured and at least one patrol car is totaled after a semi crashed into the officer's vehicle on I-74.

The accident on January 15 was recorded through radio communication between Sheriff Deputy Polhemus and a dispatcher. The call comes in at 21:10 in the recording. Most of the conversation happens within four minutes.

In the recording, you can hear Deputy Polhemus calling for help after he said his car and an Illinois State Trooper's car was hit by a semi-truck.

"The semi hit... my car and a trooper's vehicle. We need it shut down immediately," Deputy Polhemus said, referring to the interstate.

When the dispatcher asked if he needed EMS, or Emergency Medical Services, he said yes.

"I may have broken my leg, I don't know," Polhemus said.