Lightfoot, Preckwinkle to square off in Chicago mayoral runoff

A record 14 candidates were on the ballot Tuesday hoping to succeed Rahm Emanuel as Chicago’s next mayor. 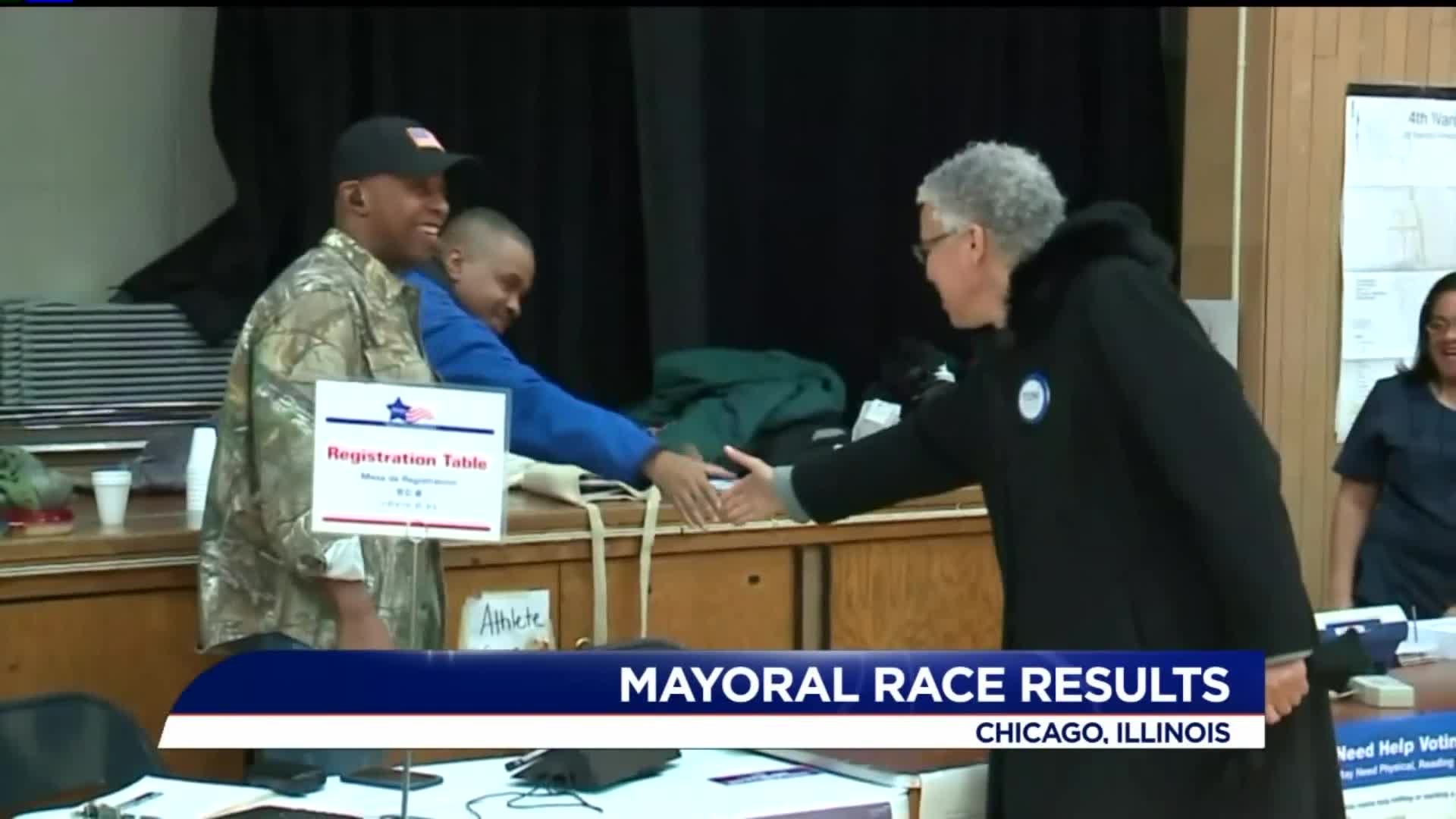 CHICAGO (Illinois News Network) -- A record 14 candidates were on the ballot Tuesday hoping to succeed Rahm Emanuel as Chicago’s next mayor.

Hovering at just over 30 percent, turnout was close to historic lows, notably for the first Chicago mayoral race in decades that wasn't largely decided before it began.

Votes won’t be certified by the Board of Elections Commissioners until later, but Lori Lightfoot claimed the first of two spots heading into a run-off on April 2 with an estimated 87,000 votes, 17 percent of the total ballots.

Lightfoot, billed as a progressive in the race, would be the first openly gay mayor of Chicago and the first woman of color in the office. She touted the endorsements of a number of LGBT groups, congress members and the Chicago Sun-Times Editorial Board.

The second spot was much closer. Cook County Board President Toni Preckwinkle, who finished second, had about 80,000 votes with most precincts reporting. She had the backing of multiple unions, but carried the baggage of an unsuccessful campaign to tax sugary drinks in the county, dubbed the “soda tax.” The tax was later repealed.

Bill Daley, the brother and son of former Chicago mayors, served as commerce secretary and chief of staff to Barack Obama, conceded once he knew he couldn’t make up the votes to catch Preckwinkle.

Of the leading candidates, Daley held a significant distinction of endorsing a change to Illinois’ constitution to allow for the restructuring of pensions. It was anathema for unions, but endeared him to the business community and helped secure the endorsement of the Chicago Tribune.

Illinois Comptroller Susana Mendoza, who took criticism for announcing her candidacy for mayor just days after winning her election in November, finished with an estimated 9 percent of the vote with most precincts reporting.

Fourteenth Ward Ald. Ed Burke, who is under federal indictment, won his race for re-election handily.