Leprechauns fall from the sky in Davenport

As a feature to a massive party held at Kelly’s Irish Pub in Davenport, patrons saw something green falling from the sky on Saturday. 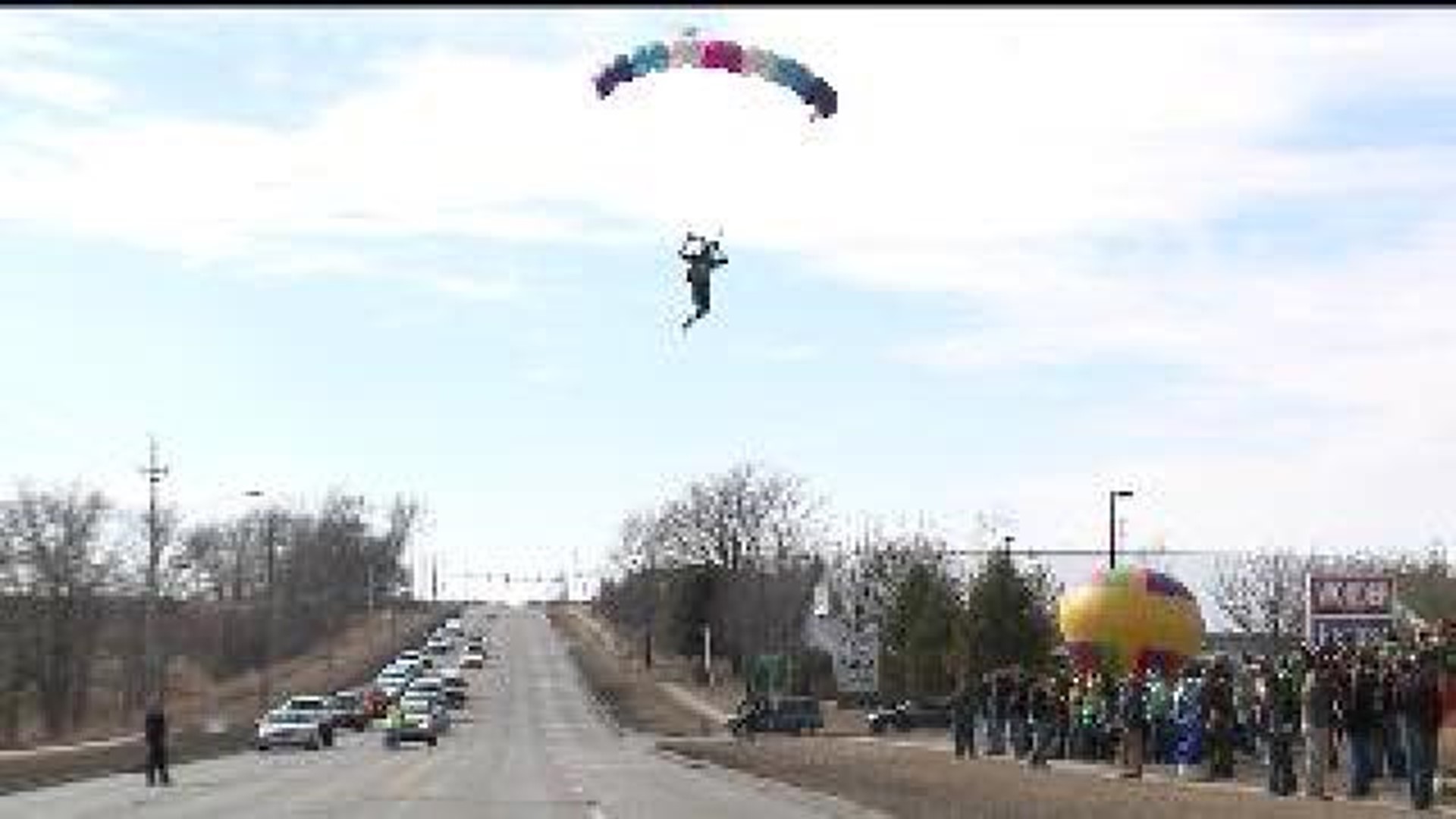 As a feature to a massive party held at Kelly’s Irish Pub in Davenport, patrons saw something green falling from the sky on Saturday.

Skydiving Leprechauns landed at the pub to join the festivities on Saturday, March 15, 2014. The jumpers were from Q.C. Skydiving and those leprechauns have been falling from the sky for about a decade.

One skydiving leprechaun, Elliot Kelley, said the temperatures could have been a little warmer, but he loves skydiving and nothing could have kept him away.

“No matter what we're going to do this jump, so we got some good winds, the weather cooperated and we did the jump,” Kelley said.

A spokesperson from the pub said the business expected more than 20,000 people to join in the four day celebration. They expected to serve more than 100 kegs of green beer paired with more than a ton of corned beef.

Kelly’s also planned to have Irish Dancers, a juggler, magician, live music, and more to help with the celebration.