People in Lee County, Illinois, are learning to use a new tool that could prevent deadly overdoses. 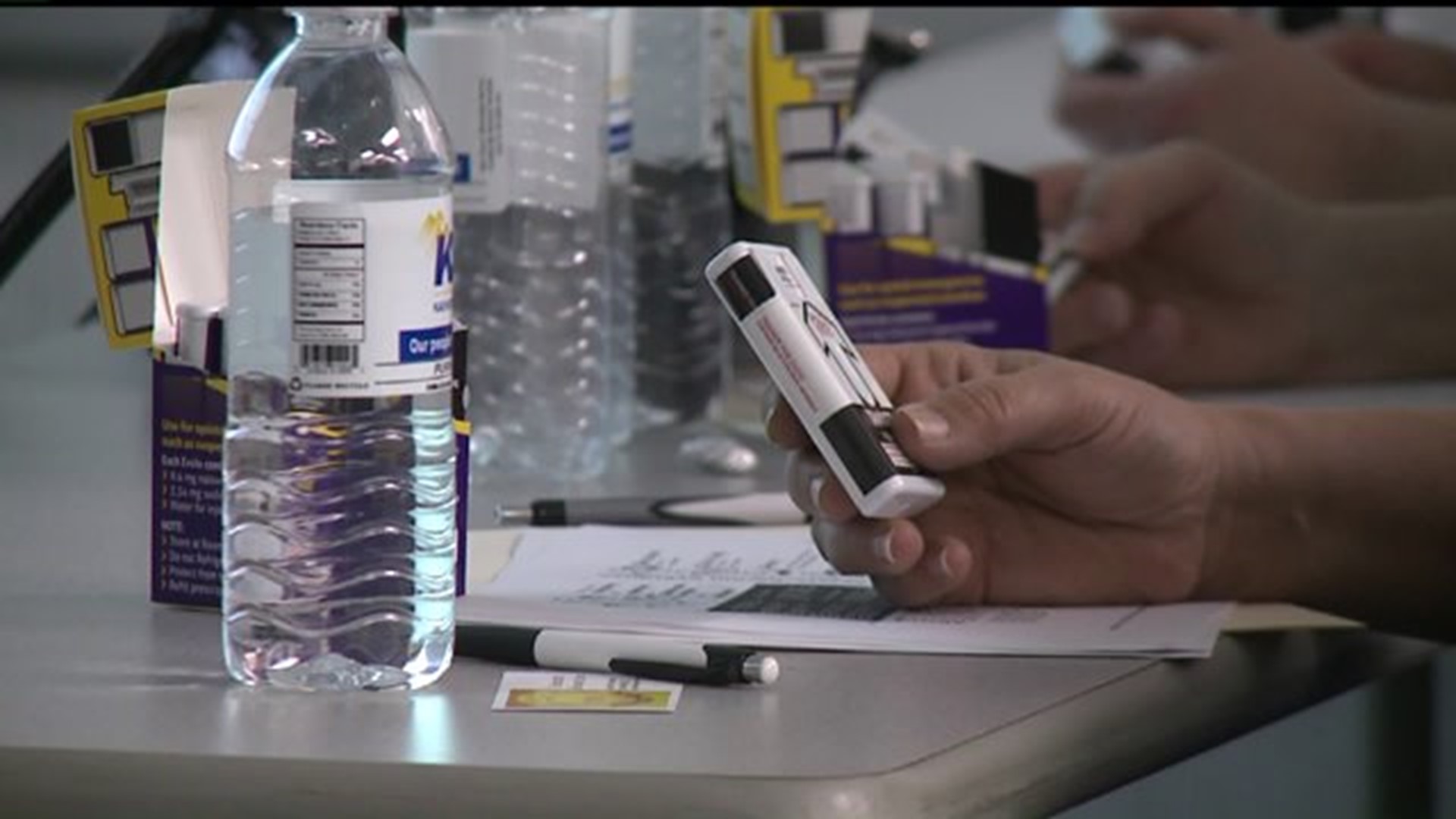 People in Lee County, Illinois, are learning to use a new tool that could prevent deadly overdoses.

On May 27, 2015, the county's Anti-Heroin Task Force hosted a community Narcan training session. Narcan, or the generic Naloxone, is a drug that restores breathing to someone experiencing a heroin, or other opioid, overdose.

"It's like a miracle drug. It knocks the opiates off the opiate receptors, and it restores breathing long enough for them to get to a hospital," said Tammy Wardemann, co-founder of Hope Over Addiction.

Wardemann began leading Narcan training sessions after losing her own son to heroin in August.

"He was in recovery, had been in recovery for a year, and I thought that he was good. I thought that we were past that. But he relapsed," said Wardemann. "That's why we do it. This gives my son's death purpose. Hopefully it prevents someone else from going through this."

Narcan can be injected by syringe or auto-injector, or given through a nasal spray.

An auto-injector kit, which comes with two doses, costs around $300. The manufacturer donated dozens, though, for Wednesday's training.

"Anyone can use it. It's very simple," said Wardemann.

Police officers and sheriff's deputies in Lee County are also training to administer Narcan, and they expect to carry it by the beginning of June.

In March of 2015, several organizations within Lee County formed the Anti-Heroin Task Force with the goal of educating the public about the dangers of heroin and providing services for heroin users.

The group was formed after three people died of a heroin overdose within 11 days in the county.

On June 5th, there will be presentation called "Saving the Community: Understanding Heroin" at the Sinnissippi Centers in Dixon. It includes a community planning session to talk about the issues of heroin use in Lee County from 12:15 to 1 p.m.