A LeClaire, Iowa police officer was injured when his patrol car was struck along Interstate 80. 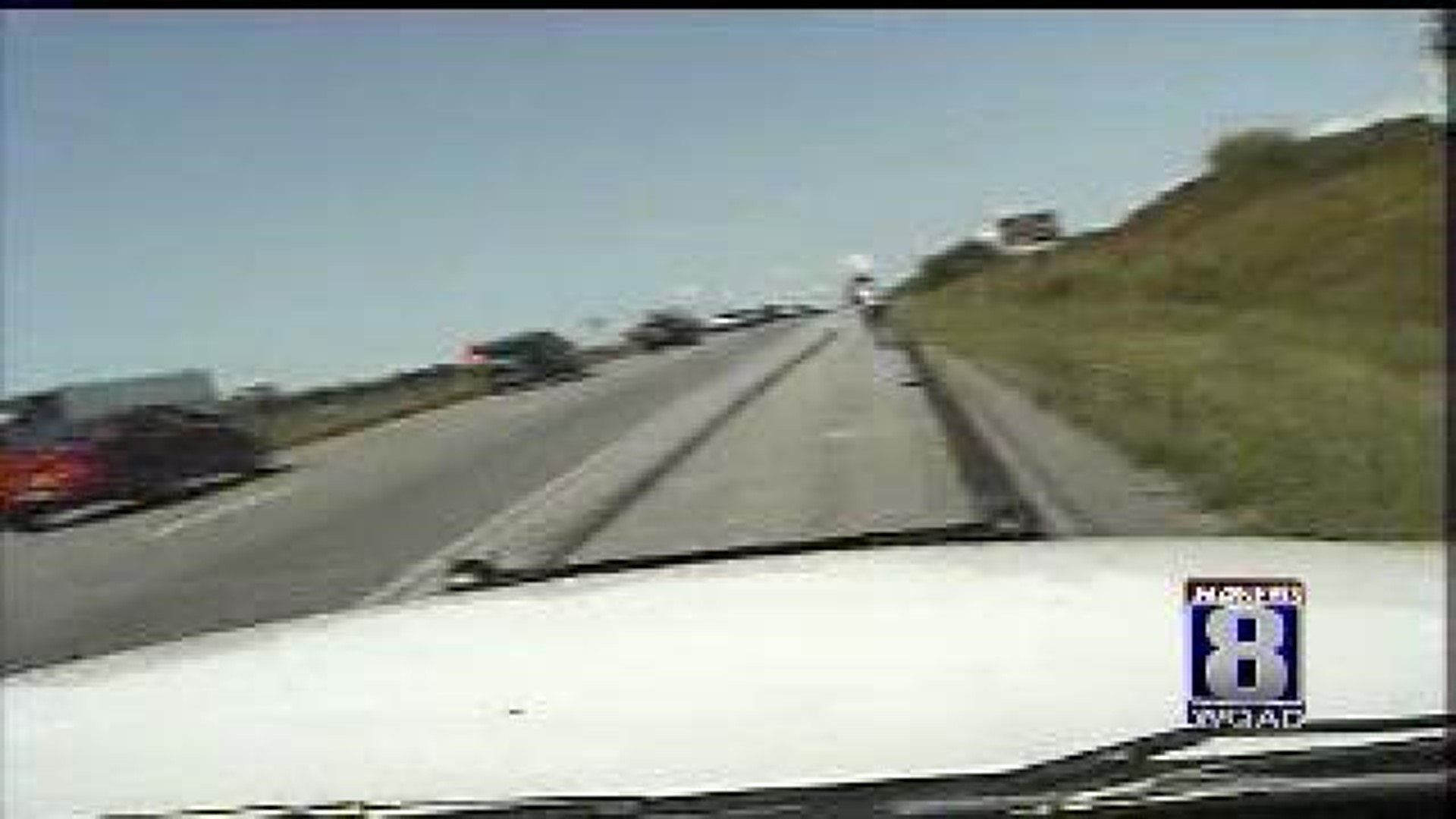 A LeClaire, Iowa police officer was injured when his patrol car was struck along Interstate 80.

The officer reportedly stopped to check on two people who were walking along the interstate just west of the Mississippi River at about 11:15 a.m. Sunday, August 19, 2012.  The pair said they stopped to search for an item they lost as they rode a motorcycle there.

The officer reportedly told the two people to return to their motorcycle because it was too dangerous to walk along the highway.

Police said the emergency lights were activated on the LeClaire officer’s patrol car and on a Scott County deputy’s car parked about 30 yards behind him.

Police said Caleb Waller of Colona, Illinois lost control of the 2002 Chevrolet Monte Carlo he was driving and struck the driver’s side of the parked LeClaire patrol car.  The LeClaire officer suffered minor injuries, and he was treated at a local hospital.

Waller was cited for failure to have his vehicle under control.