Local businesses in downtown LeClaire are feeling the pain as the extreme wet and cold conditions this winter season has kept visitors at bay. 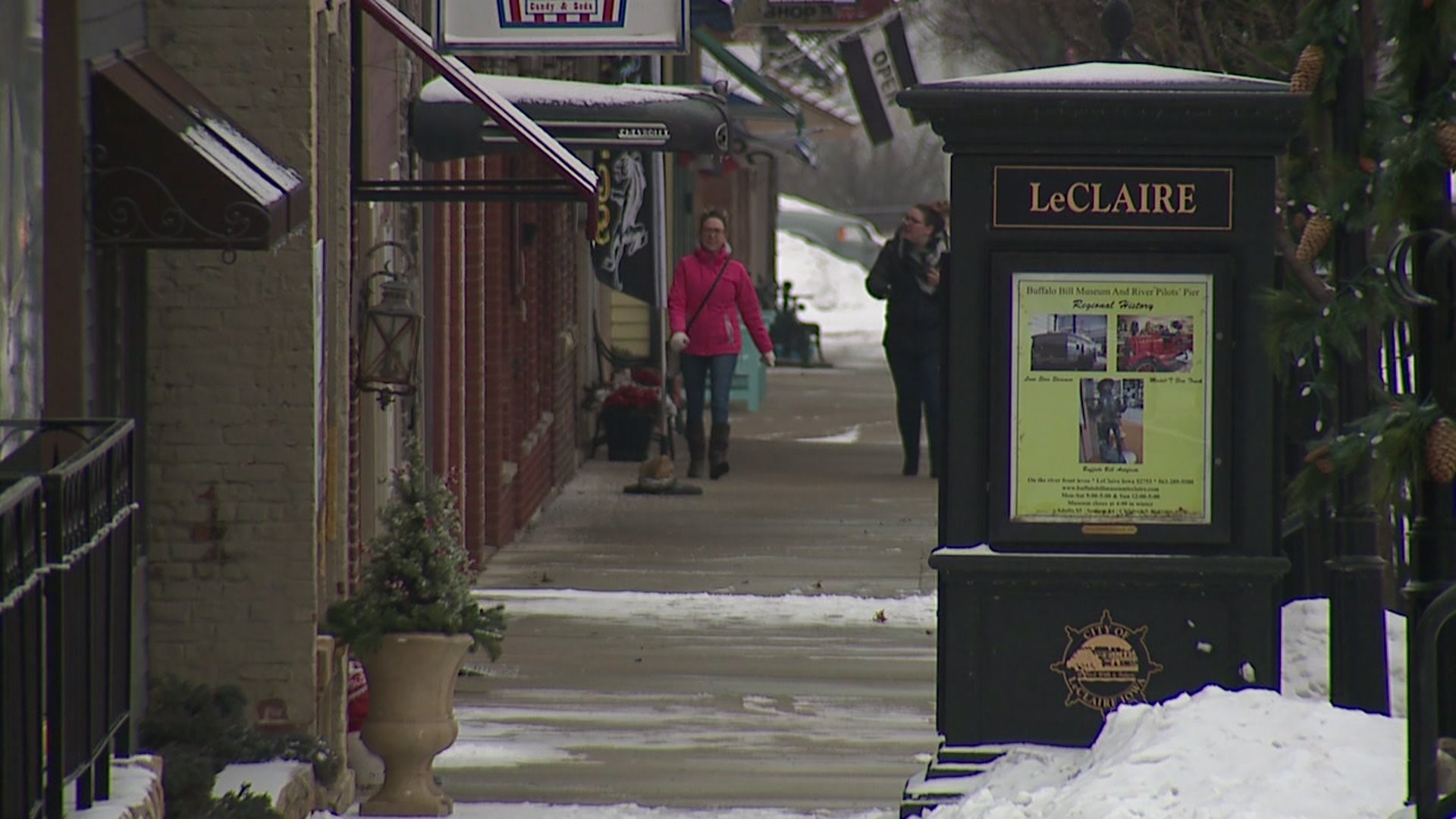 Owner Ryan Burchett, himself a former weather man, says his distillery has suffered as the extreme conditions this winter weather have kept visitors away.

"We don’t have a huge population outside of our door anyway, so if you’re coming in, you’re probably travelling," he says. "So when travel is affecting I-80, that affects our business. When not as many people are walking up and down the street, that impacts our business."

"It’s hard, it’s frustrating, and it definitely makes an impact on the bottom line this time of year," he says.

LeClaire businesses are doing all they can to entice customers to come out. On Sunday, shops on South Cody Road held a Cocoa Crawl with samplings of hot cocoa and chocolate treats.

The Mississippi River Distilling Company hosted an outdoor cocktail party and patrons had drinks and marshmallows as a blistering polar vortex was approaching.

"This Thursday we're having 'Palentine's Day.' You don't have to have a date, just bring a friend," Burchett adds.

A few doors down at Razzleberries, shop manager Mary Anna Parris, a bubbly  former kindergarten teacher, says the lack of foot traffic has been a downer for business and for the shop-owner and herself.

"We're social people," she laughs. "We love when people come in."

She says even during her teaching days, she had never seen schools close for several days in a row.

"Three days of nobody coming in, it’s kinda brutal," she says.

Still she's keeping a positive attitude: "We just trust that our regulars and visitors keep coming back."

And when summertime does rolls around, he says he'll be taking care of you with a nice cocktail.