As the Rock Island County Board decides whether to own, lease or sell Hope Creek Care Center, it might consider what’s happening in nearby Knox County. Th... 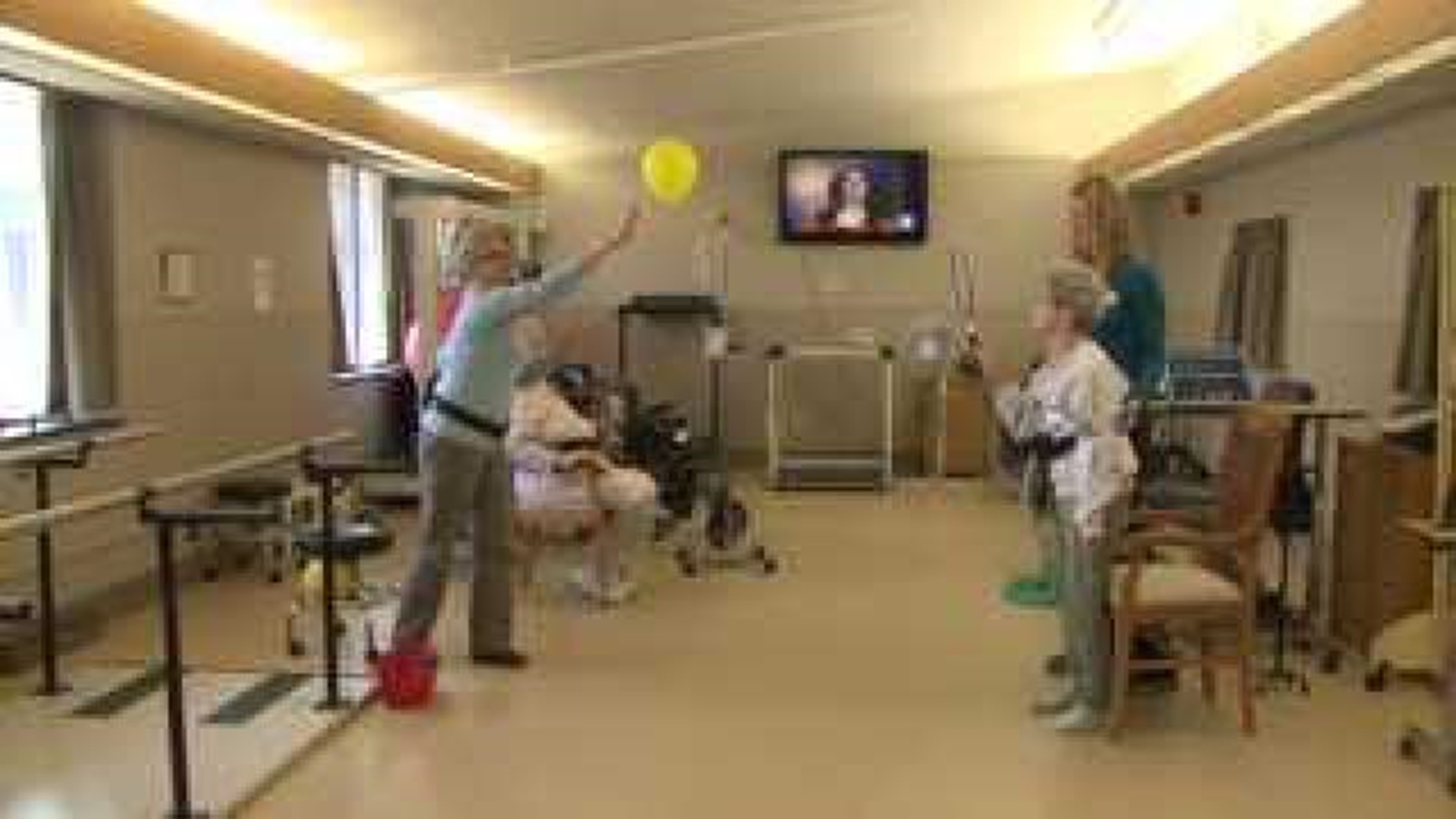 As the Rock Island County Board decides whether to own, lease or sell Hope Creek Care Center, it might consider what's happening in nearby Knox County.

That's where a combination of philosophy and finances saved the once-struggling Knox County Nursing Home.

Each swing of the raquet means a lot in physical therapy on Tuesday.

"I'm proud of the nursing home," said Lyle Johnson,  a Knox County board member who chaired the Nursing Home Committee during its resurgence.

At the 1965-era nursing home, it symbolizes a dramatic turnaround.

"I think one of the main factors is the whole culture of the resident comes first," said Johnson, who also spent 18 weeks  there recovering from injuries.

Taxpayer support built a new wing in 2011, paid for much-needed kitchen renovations in 2014 and helped to erase mounting debt.

"Unlike a corporation, we're not in it to make a lot of money," said Knox County Nursing Home Administrator Rachel Secrist.  "And so, we can focus on providing care for the residents."

It wasn't always so promising.

The home's population dwindled to just 86 five years ago.  But it's nearly doubled since then.

Hard work and positive feedback helped to restore its image in Knox County.

While each community has unique politics and finances, lessons from Knox County just might help Hope Creek to solve its dilemma in Rock Island County.

Knox County continues to own its nursing home.  It found success in the midst of delayed state payments, changes under Obamacare and a sluggish economy.

"I'm proud of what we did there," Johnson concluded.

It's a case study worth a look in Rock Island County.