Cuddling the dogs overnight has reduced their depression and anxiety, allowing employees to help the pups adjust to shelter life. 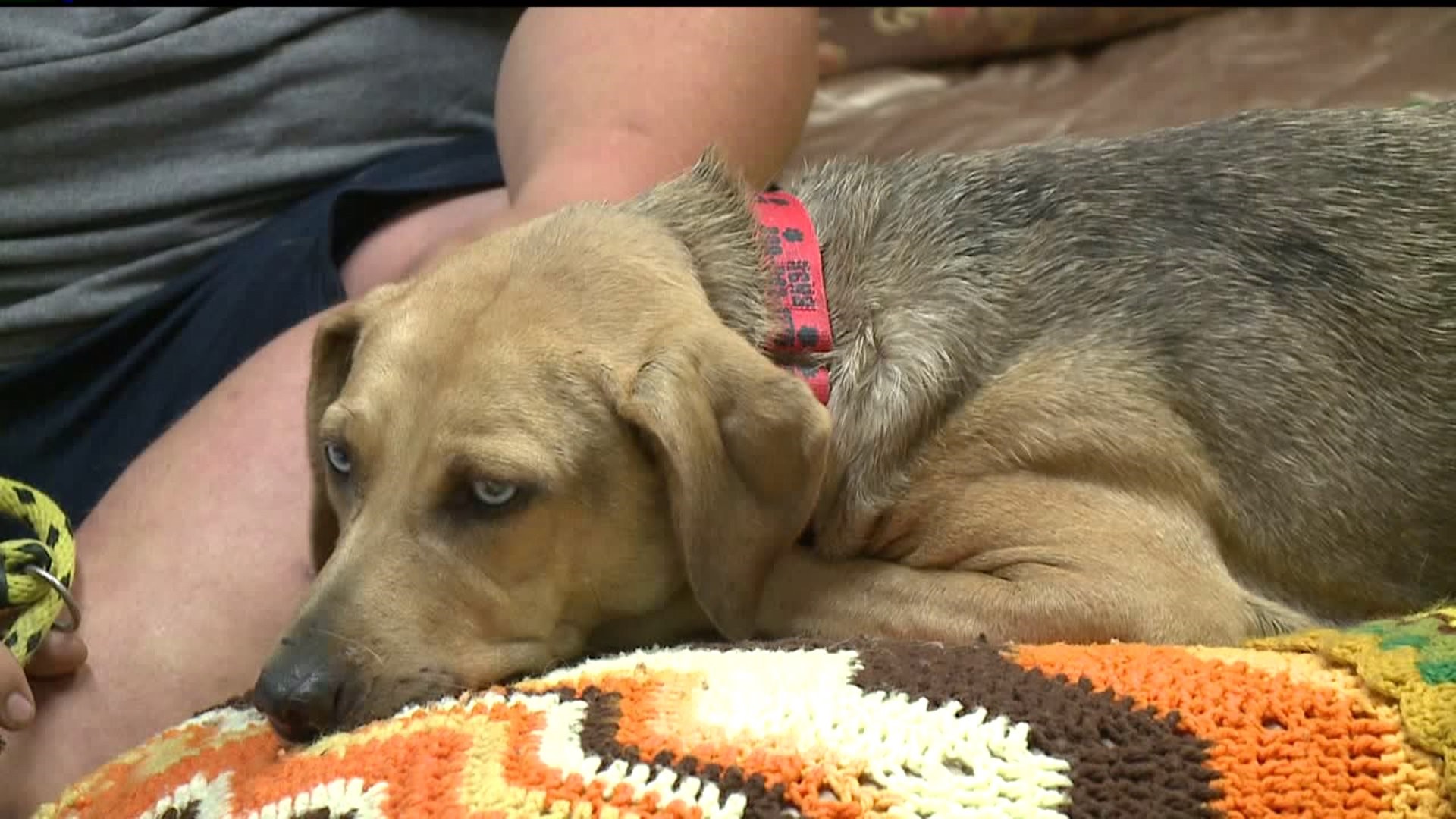 GALESBURG, Illinois-- The Knox County Humane Society is now having employees sleep overnight at the shelter. Originally it was to comply with a new law, but now it's for the great benefits after the shelter director learned the new law doesn't apply to animals shelters.

Starting Jan. 1, 2020, the State of Illinois requires commercial kennels to have increased fire protections; either smoke alarms that automatically alert the fire department or having staff around 24-7. It's after a fire at a kennel in DuPage County killed dozens of animals back in January 2019.

Erin Buckmaster, director of the humane society, decided to have employees stay overnight to be aware of any issues at the shelter. She said it makes for quicker response and ensures someone who knows the building and animals is already at the shelter when first responders arrive.

Paying the extra employee is more costly than a new smoke alarm system, but they're seeing additional benefits.

Overnight employees can sleep during their shift and they always pick a dog to cuddle with for the night.

"I thought it was a great idea because the anxiety and depression is way down in the dogs," Joshua Miller, who started working third shift at the shelter, said. "When I got that chance, I just couldn't pass it up. I would do it without the money."

Employees can get to know the dogs better and help them adjust to shelter life and people.

It could help them ultimately get adopted.

"They're not as coward now," Miller said. "They're getting into people's face. They love people now. They want that one-on-one time, and it shows."

Employees also spend their shift letting the dogs outside and cleaning.

The humane society is having an October Fest Clear the Shelter Day on Oct. 19.

Note: Originally this story stated animal shelters have to comply with a new Illinois law regarding fire alarm systems next year. However, only commercial kennels, such as a  doggy day care, and boarders are required to have added fire safety systems to comply with the new law.