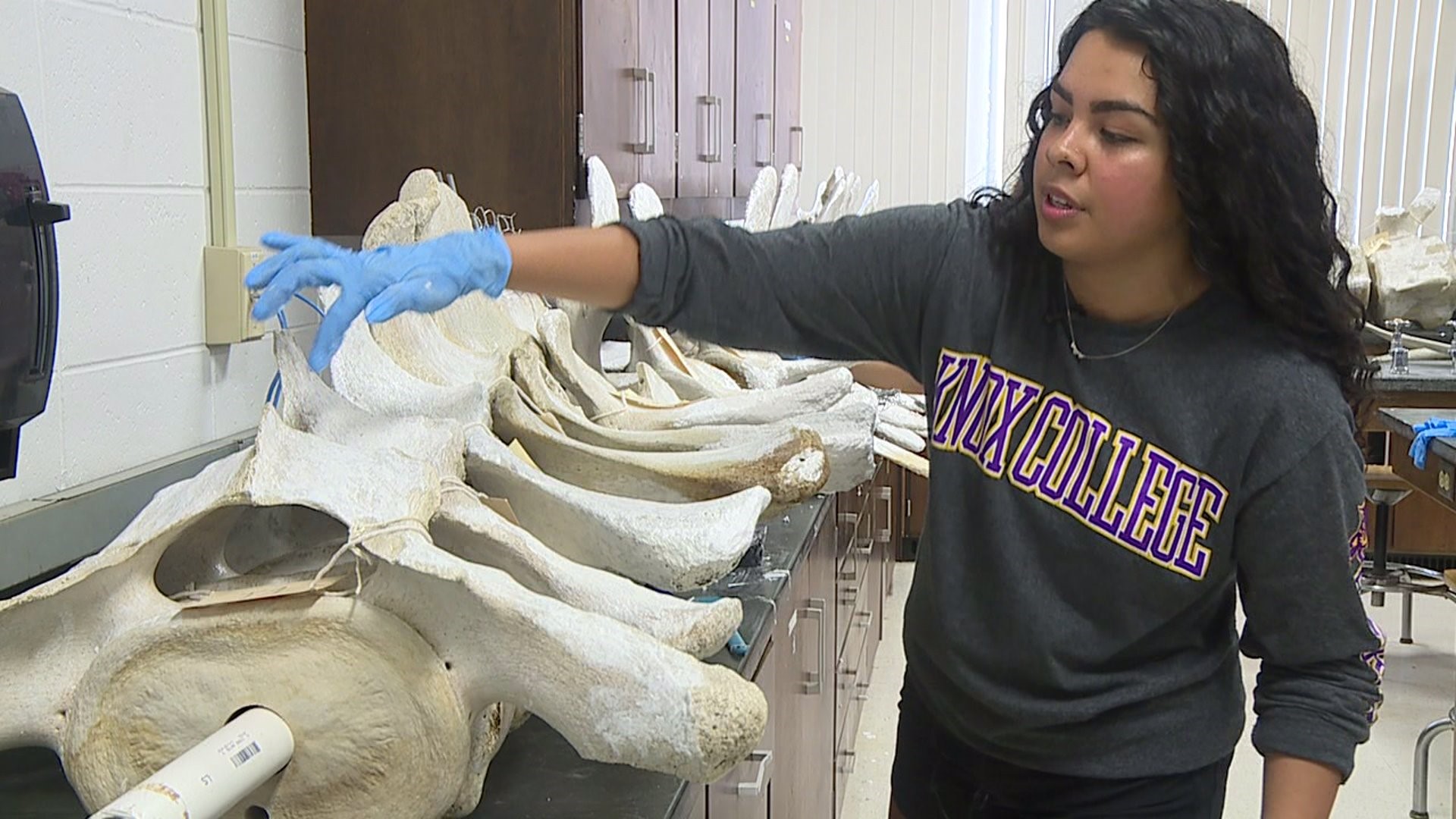 GALESBURG, Illinois -- Biology students at Knox College are spending part of their summer break working on a big project. They've spent months piecing together the skeleton of a whale in a contribution to a major renovation of the Umbeck Science-Mathematics Center.

Assistant professor of biology Nick Gidmark says the 55-foot skeleton will be suspended from the ceiling of the atrium by homecoming 2019, the first weekend of November.

"It's grandiose, it's fun, it's interesting," Gidmark said. "And then on the other side, there's a balcony there that you'll be eye to eye with the whale," he said.

Several of his students could be found Thursday in the lab assembling and repairing the bones, listening to a calming whale sounds playlist. Post-baccalaureate scholar Samantha Arrez said it was sometimes frustrating figuring out how they fit together.

"So what we did was we laid them down on the floor and we essentially looked at the neural canal, which is the circle here," she said, gesturing at the spinal column arranged on a laboratory counter-top.

Little pieces, like the phalanges that make up the fins, can go missing. The good news is they're easily replaced with a 3D printer.

As for the bigger bones, a mix of plaster is spread over chicken wire to repair the broken parts. When the time is right, the backbones are racked on a piece of pipe, eventually to be mounted as conversation piece at the science building.

"I want that wow factor," said Arrez. "I want people to be amazed," she said.