KEWANEE, Illinois — A Kewanee family is fighting for a new headstone for their father who served in World War II. Gilbert Gish was shot twice in the arm d... 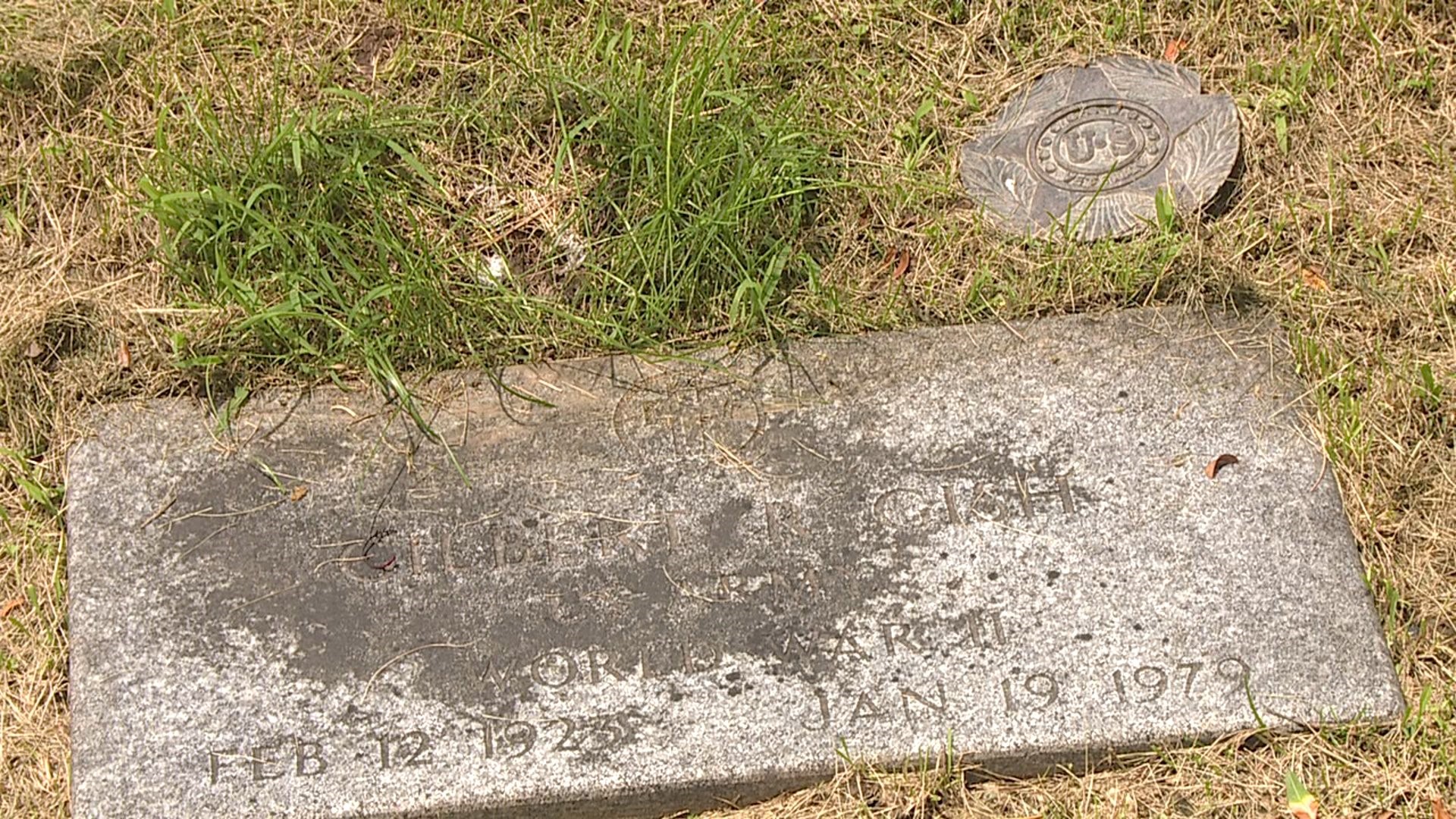 KEWANEE, Illinois -- A Kewanee family is fighting for a new headstone for their father who served in World War II. Gilbert Gish was shot twice in the arm during his service in Germany and awarded a Purple Heart.

But his daughters say the granite marker at his grave, placed there when he died forty years ago, is falling apart and should be replaced with a bronze headstone.

"It's deteriorating terribly," said his daughter, Sandra Shofner. "This is no way for a veteran to lay in peace," she said.

Sandra's sister, Ronda Gish, who lives in Ohio, has spearheaded the effort to get their father the headstone he deserves. Ronda contacted the Veterans Administration headstone services multiple times.

"They keep pointing her in other places, the one that she talked to. They keep saying, well try contacting so and so, or then they’ll tell you too, 'oh you can’t undo what’s been done,'" said Sandra.

Another family member took charge when Gish was laid to rest at Evergreen Memorial Cemetery south of Kewanee back in 1979.  The sisters say now is their chance to rectify the situation, and while they have not had much luck contacting the Veteran's Administration or even state and federal politicians, the local American Legion has stepped up to help.

"She’s right by saying there should be a bronze marker there," said Ted Canellos of the Kewanee American Legion. "That’s given to the veterans when they pass away, but evidently something happened back in 1979," he said.

The sisters don't have to look far for an example of the kind of bronze headstone they want for their father. Buried next to their dad is his identical twin brother, who also served in WWII, with a bronze marker in considerably better shape.

"Him and his brother were a couple of good veterans who came back from WWII," said Canellos. "Heavens knows what those guys went through," he said.