Judge won’t delay sentencing for 2015 ‘The Bachelor’ star; back in court Tuesday

A judge has refused to delay sentencing for a northern Iowa farmer who appeared on ABC’s “The Bachelor” and who was involved in a fatal crash. 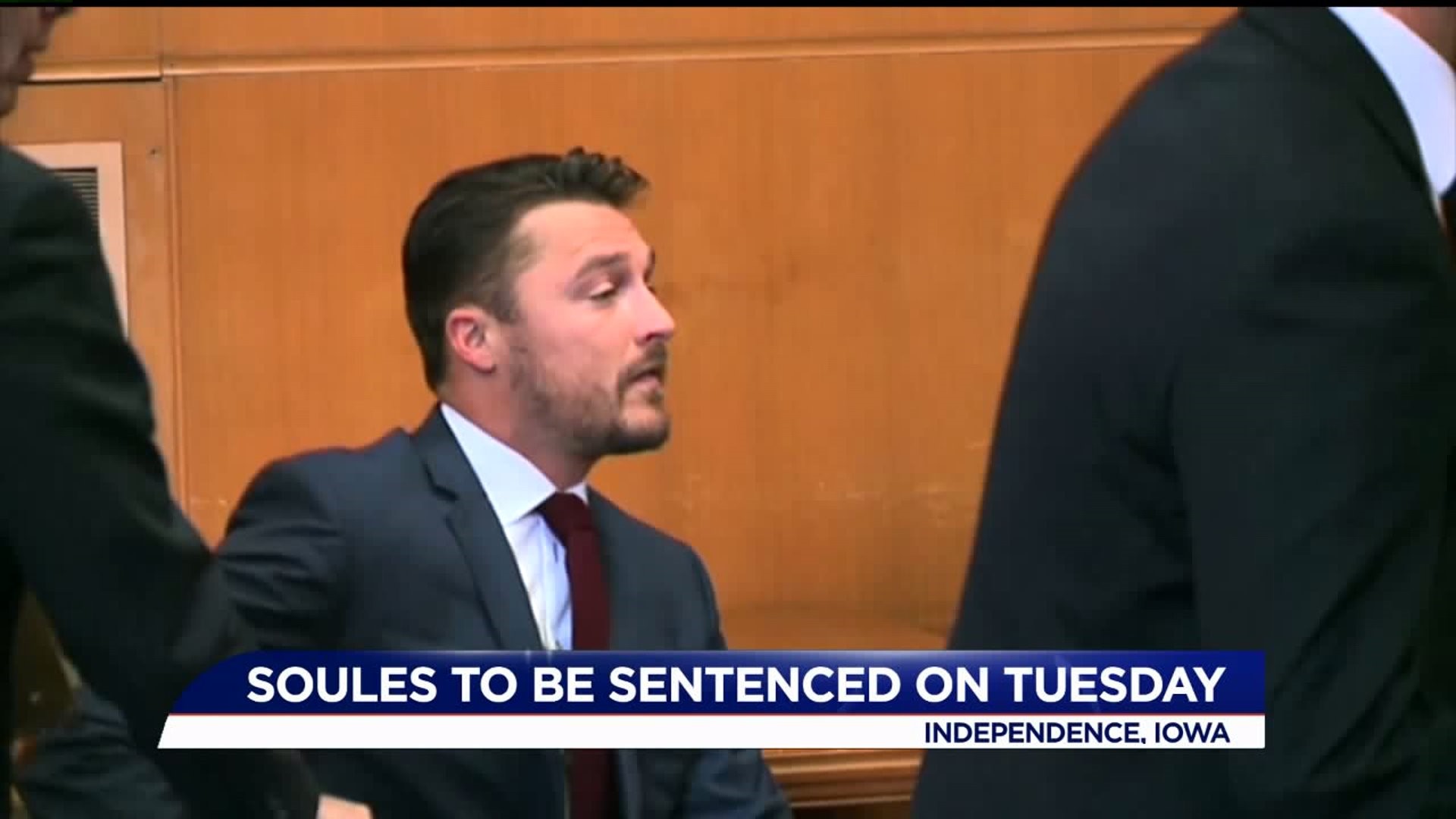 INDEPENDENCE, Iowa (AP) — A judge has refused to delay sentencing for a northern Iowa farmer who appeared on ABC's "The Bachelor" and who was involved in a fatal crash.

Thirty-seven-year-old Chris Soules pleaded guilty Nov. 13 to a reduced charge of leaving the scene of a serious injury accident. His lawyers had sought the sentencing delay, citing the prosecution's lack of response to a motion regarding a pre-sentence investigation. The judge denied the request last week and said the sentencing will be held Tuesday as scheduled in a Buchanan County courtroom in Independence.

Soules appeared on "The Bachelor" and "Dancing With The Stars" in 2015. He was arrested after he rear-ended a tractor on April 24, 2017, killing 66-year-old Kenny Mosher.

Audio Released: 911 call Chris Soules made after crash with tractor

Soules called 911, performed CPR on Mosher and waited for first responders but left before officers arrived.