The 50th anniversary of President John F. Kennedy’s assassination is prompting new interest in Kennedy memorabilia. That’s the case at the Rock Isla... 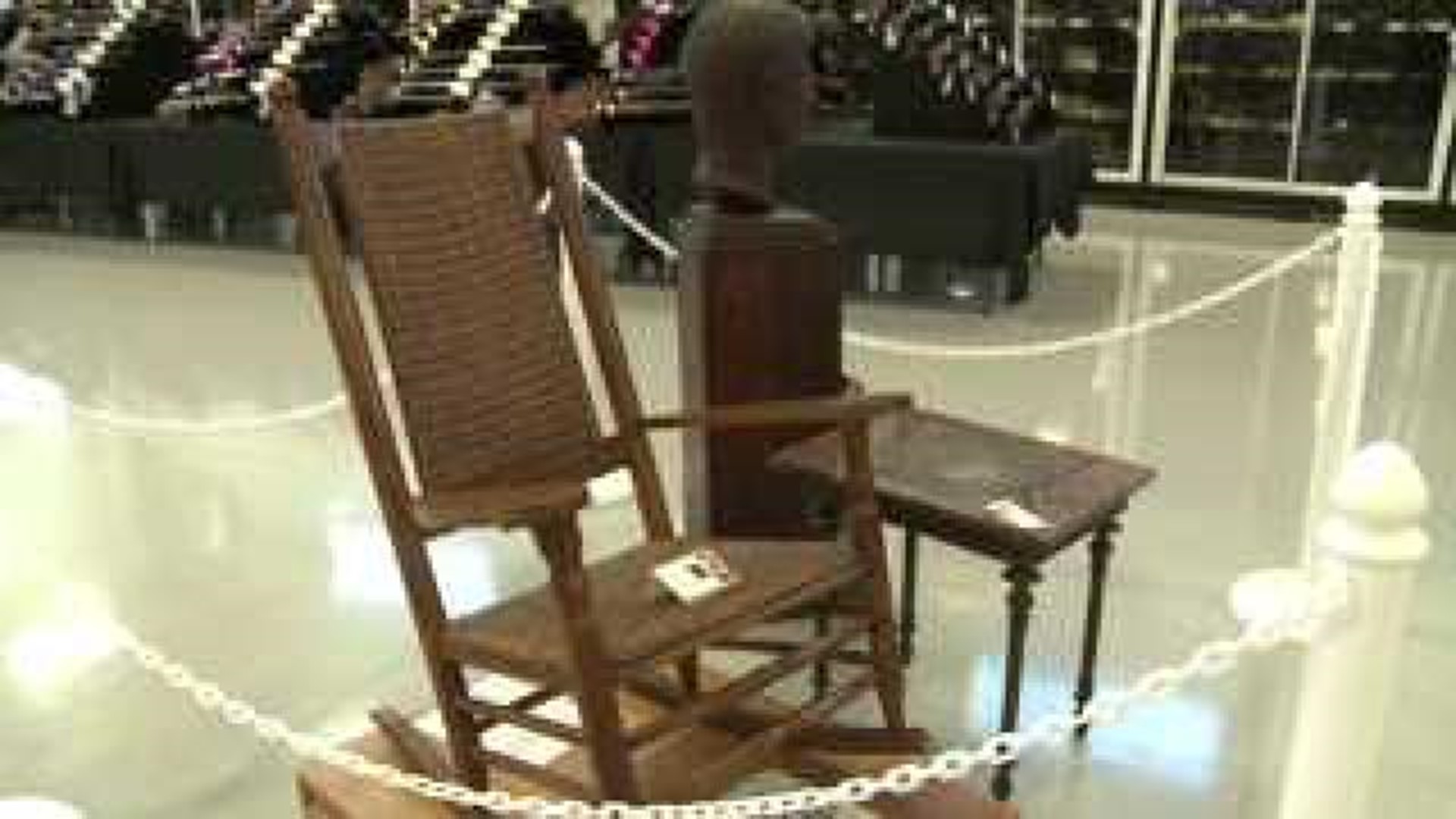 That's the case at the Rock Island Auction Company, 7819 42nd St. West, which is selling a special chair and pistols presented to President Ronald Reagan on December 7.

A half-century after his death, the world remains intrigued with JFK and the Kennedy family. Camelot continues to marvel history buffs and collectors.

"It's iconic," said Kevin Hogan, director of auction services. "It's legendary. It's nostalgic, and I think it really captivates the American people even to this day."

That's why a wicker chair is up for auction on December 7. This rocker once belonged to JFK himself, and it can be yours at the Rock Island Auction Company.

"Obviously, the president had chronic back problems," Hogan continued. "So this is what he used to relieve the pain."

Longtime Kennedy cook Nellie McGrail received the rocker as a retirement gift in 1994. Documentation shows Nellie in a snapshot with JFK's mother Rose and brother Teddy. Letters from Jackie Kennedy and family members are all part of the auction lot.

"It's a family archive of documentation detailing Nellie McRail's work with the Kennedy family, and also the presentation of the chair itself," Hogan said.

That fascination with JFK and the Kennedy family should translate to a big sale. Estimates for the lot could top $150,000.

"With historical items such as this, the sky's really the limit," Hogan said. "You get two collectors that have to have it, and there's no dollar figure."

There's also tremendous interest in two ceremonial pistols. They were presented to President Ronald Reagan in 1981 by a Hollywood pal.

This lot could top $200,000. It comes with a hand-signed letter from President Reagan.

"That's really the neat part to think about," Hogan said. "It's really a time capsule of a time that's long gone, but it lives on today."

And for the right price, a chance to own a part of presidential history.

The public will get a chance to preview the items on December 5 from 10-6 at the Rock Island Auction Company.