“Is this the tipping point?”; Senator Durbin addresses the two mass shootings in visit to Moline

Federal lawmakers discuss what needs to be done with gun control laws after the two mass shootings. In the meantime, many democrats are calling on Senate Major... 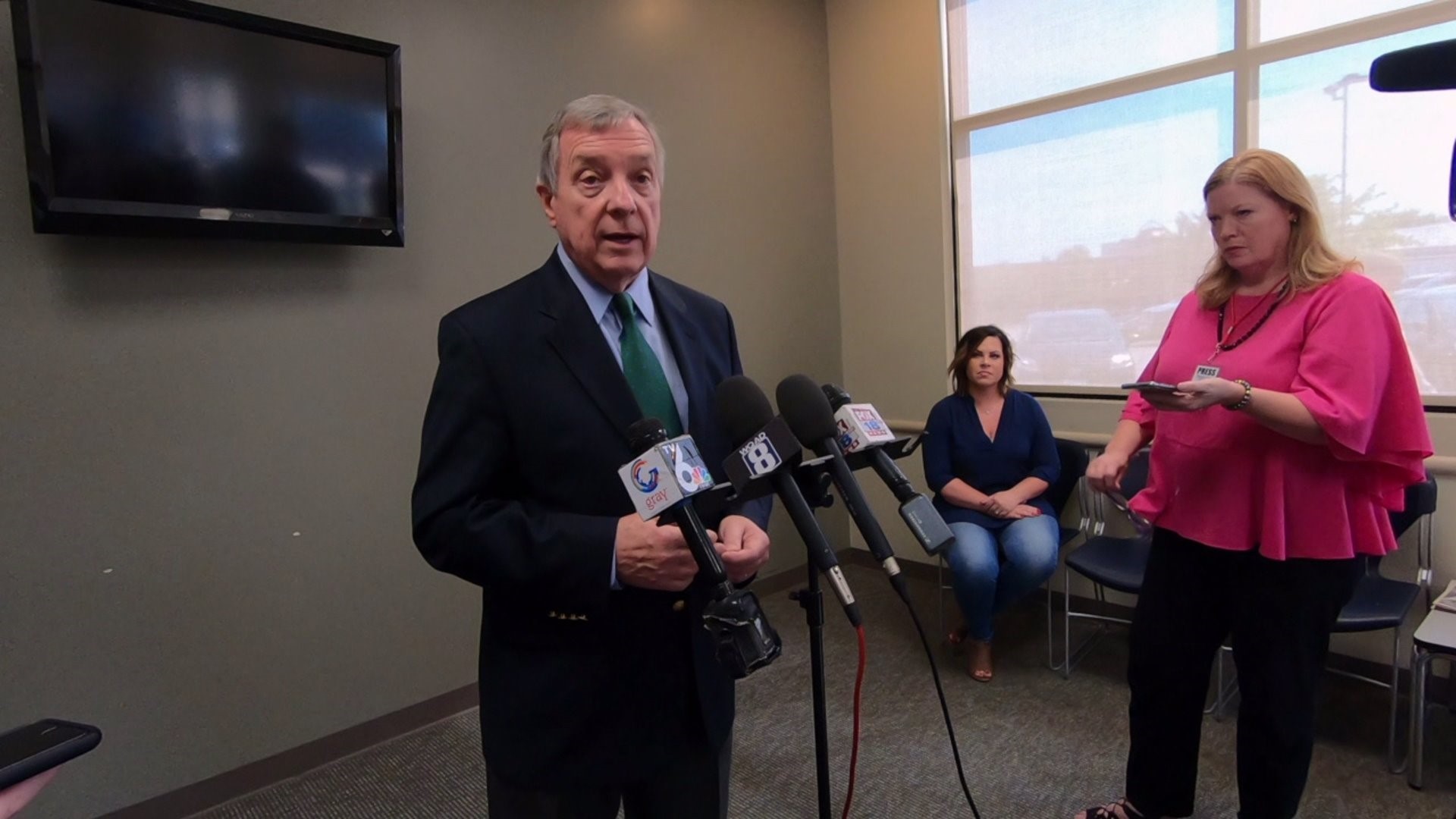 MOLINE, Illinois – The President’s call for “great legislation” requires action from congress. Senator Dick Durbin, one of the top leaders in the U.S. Senate, wonders if these two shootings might be a tipping point for the country.

In a matter of 13 hours, two mass shooting rang out across the country.  48 hours after the first shots were fired in El Paso, Texas, lawmakers - like Senator Durbin - are battling the ongoing gun control issue.

“You wonder ‘is this it? Is this the tipping point?’ Will American finally say ‘enough is enough’,” Durbin says. “We are getting more deeply into the problem.”

“To see someone from another place try and start a war between our cultures is simply unacceptable,” says Senator John Cornyn (R-Texas) in an interview with CNN.

After the mass shooting in Dayton, Ohio, lawmakers believe the answer could lie in mental health mass shooters deal with.

“If you look at the mental health crisis in our country today, there aren’t enough laws,” says Senator Rob Portman (R – Ohio) to CNN. “In fact, no law can correct some of the fundamental problems we face today as a country.”

Senator Durbin says mass shooters give hints - prior to a shooting - that are sometimes lying in plain sight.

“We got to look for the warning signs,” explains Durbin. “Most send them out ahead of time on Facebook, with their friends, the way they are acting.”

Red flag legislation is another way to prevent mass shooters.  That law would allow a state court to temporarily take firearms away from a potentially dangerous person.

“People start noticing some unusual characteristics in people,” Durbin says. “Some things they are posting or doing or saying and act on it. Do something to stop them before they turn into these mass killers.”

He believes if there isn’t a solution soon, these shootings will keep spreading.

“Somebody is going to be inspired in their warped mind to try and take the next life,” Durbin comments.

Senator Durbin also talked about stricter laws needed on background checks and said you don’t need to look far to see the impact of gun violence – this weekend alone 53 people were shot in Chicago.

Many Democrats are calling on Senate Majority Leader Mitch McConnell to order the Senate to return from summer recess and vote on a universal background check bill passed by the house in February.