Former Hurricane Ophelia hit Ireland’s west coast as a post-tropical storm on Monday, bringing with it strong winds, heavy rain, and the threat of storm s... 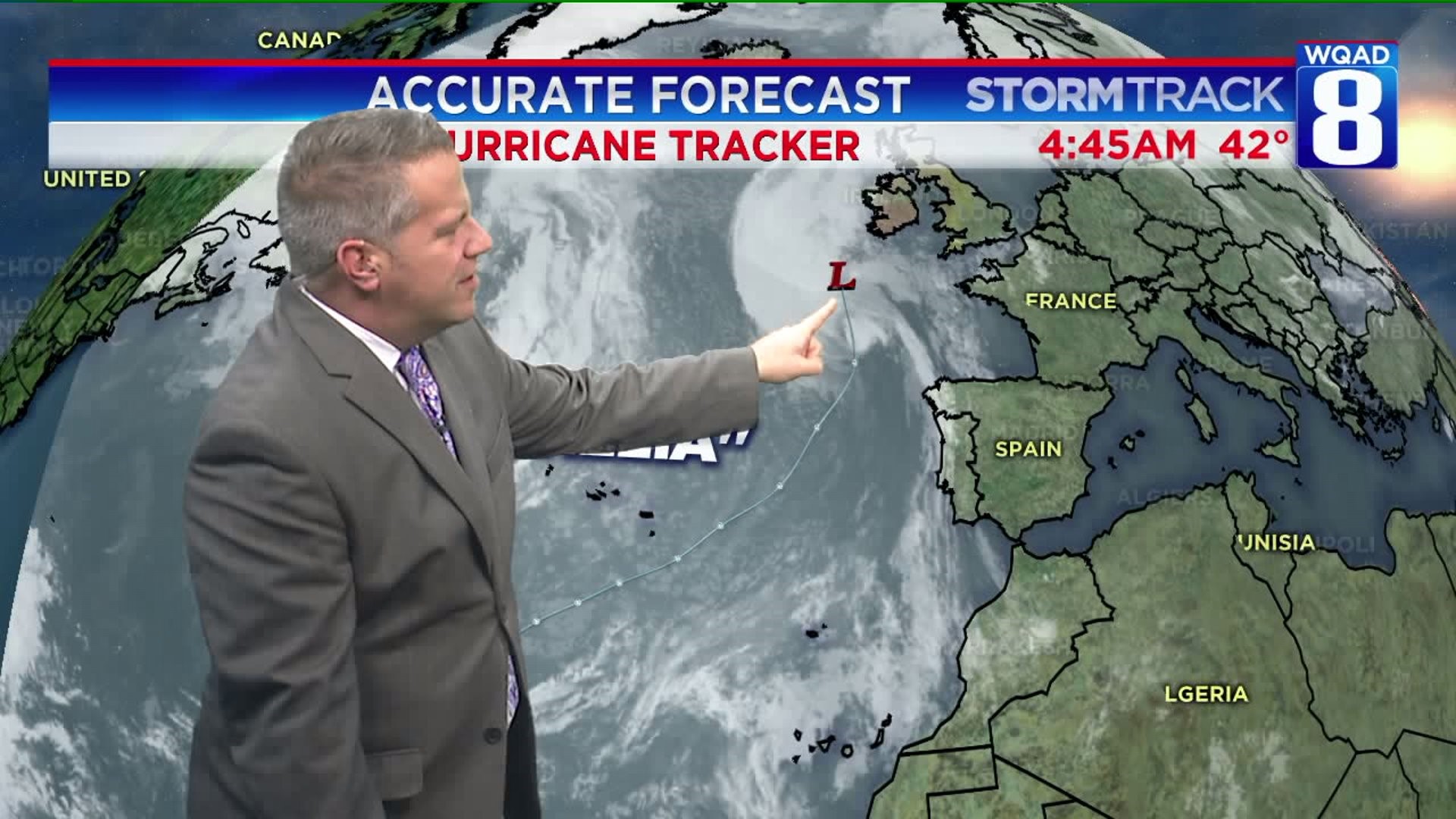 (CNN) -- Former Hurricane Ophelia hit Ireland's west coast as a post-tropical storm on Monday, bringing with it strong winds, heavy rain, and the threat of storm surge and flooding.

At least one woman was killed when a tree fell on her car in County Waterford, a spokesman for Ireland's national police, An Garda Siochana, told CNN.

Met Éireann, Ireland's National Meteorological Service, extended a red wind warning to cover the entire country through Monday, cautioning that there was a "danger to life and property."

Speaking at a press conference on Monday morning, Taoiseach Leo Varadkar advised everyone in the country to stay indoors until the storm passes, urging people to work from home where possible and "take care of the elderly around you."

"I don't want anyone to think that this is anything other than a national emergency," Varadkar added.

The National Hurricane Center earlier warned that "a dangerous storm surge is expected to produce significant coastal flooding near and to the east of where the center of the post-tropical cyclone makes landfall."

The surge would be accompanied by large and destructive waves, it said.

Over 100,000 homes and businesses were without power s the storm traveled up Ireland's west coast, according to state-owned electricity provider ESB Networks.

Officials have advised against all unnecessary travel. Ireland's Office of Emergency Planning (OEP) asked that people stay away from coastal areas.

"Recreational water users putting themselves and the emergency services at risk today is totally irresponsible," the OEP said in a tweet.

The Department of Education and Skills has informed all of Ireland's schools, colleges and other education institutions that they are to remain closed Monday.

Irish transport provider Bus Eireann has canceled all bus services from 5 a.m. until 2 p.m. local time. Dublin Bus has predicted significant disruption across its network and said services would be withdrawn from 10 a.m. until 7 p.m. local time. Meanwhile, Irish Rail has introduced speed restrictions expected to result in delays, Transport for Ireland said.

Kerry Airport closed due to the storm Monday, saying on Twitter that it would reopen Tuesday.

Other airports including Shannon, Cork, Dublin, and Ireland West said a number of Monday's flights had also been canceled due to Ophelia.

The Met Office in the UK Monday extended an amber weather warning for Northern Ireland into parts of north and west Wales and the extreme southwest of Scotland. It says gusts of 55 to 65 mph are expected widely with 80 mph gusts likely in places. Yellow weather warnings are also in place for Northern Ireland and parts of Great Britain from lunchtime Monday through Tuesday afternoon.

"Although parts of the UK may experience severe conditions, it's important to realize that not all areas will be affected by this ex-hurricane," it said in a weekend advisory. "For example, much of eastern England will be unusually warm for the time of year but quite breezy on Monday and Tuesday."

The National Hurricane Center said Ophelia is forecast to produce 2 to 3 inches of rain with isolated totals nearing 4 inches through Tuesday across western Ireland and Scotland.

According to the National Hurricane Center's last advisory on Ophelia, at 11 p.m. ET Sunday (4 a.m. Monday Dublin time), Ophelia was packing maximum sustained winds of 85 miles per hour (about 140 kilometers per hour).

"Gale-force winds are expected to begin across southern Ireland during the next few hours and gradually spread northward across the country during the day on Monday. Hurricane-force winds are forecast to reach the southern portions of Ireland by Monday afternoon," the center said.

"Strong winds will then spread across the remainder of Ireland and parts of the United Kingdom into Monday night. Preparations to protect lives and property should be complete."

The center said it would no longer be issuing advisories on Ophelia, with Irish and British meteorology services providing future forecasts and warnings.

Ophelia's position is the farthest east that a major hurricane has traveled in the Atlantic.

The previous record was held by Hurricane Frances in 1980, according to CNN meteorologist Haley Brink. Frances formed off the northwest coast of Africa near Senegal, according to an archived National Hurricane Center report. Frances never made landfall.

"The odd part about Ophelia is seeing this intensification take place in what's normally a much cooler region of the Atlantic Ocean," CNN Meteorologist Allison Chinchar said.

"Now that Ophelia is moving over colder waters in the northern latitudes of the Atlantic, it is losing its tropical characteristics," he said.

On Saturday, Ophelia was a Category 3 hurricane, but the storm has weakened as it moved northeast. "The post-tropical cyclone is expected to dissipate near western Norway by Tuesday night," the NHC said.

Ophelia is the sixth major hurricane of the 2017 Atlantic basin hurricane season and the 10th consecutive named storm in the Atlantic to become a hurricane. The latter milestone ties a record that has occurred three times, most recently in 1893.

Some British media pointed out that the storm was due to arrive 30 years to the day after the "Great Storm of 1987."

That storm made landfall in Cornwall, southwest England, with winds of 120 mph (about 190 kph), making it the equivalent of a Category 3 Hurricane.

It was not technically a hurricane as it had formed in the Bay of Biscay rather than in the tropics.