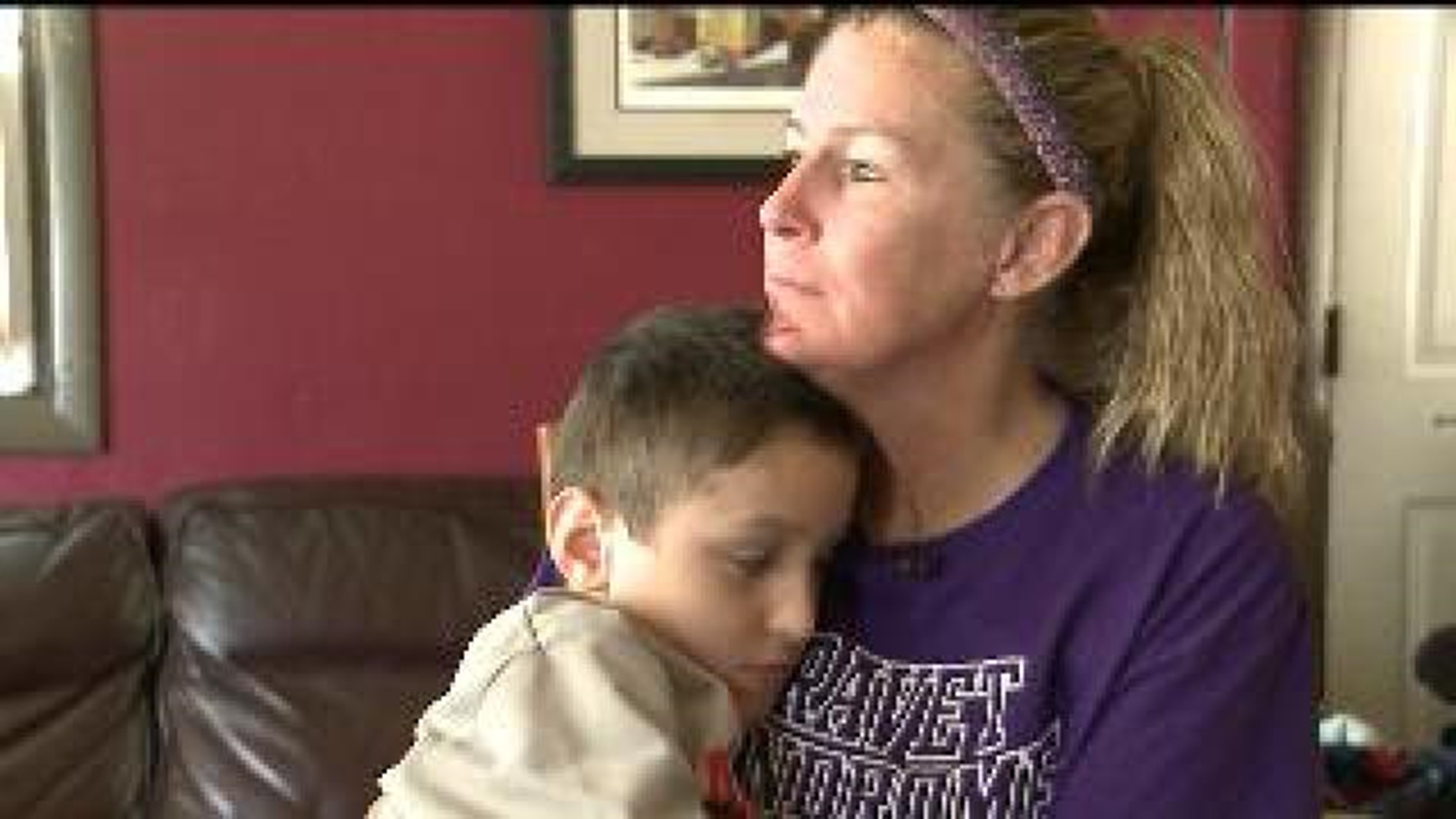 The new law will allow kids with epilepsy to use cannabis oil to relieve their symptoms, a treatment that is said to be extremely effective against seizures.

However, many families are saying that the new law has plenty of holes in it.

"Nothing is even ready for us to use until at least October," said Tina McDermott, whose 8-year-old son, Ryan, has a rare form of epilepsy called Dravet Syndrome.

"He had his first seizure when he was 9-weeks-old and I just noticed that his right arm was trembling," McDermott said. "So I took him to the ER and they told me he was having a seizure."

McDermott said that once Ryan was diagnosed, she joined forces with other mothers, whose children were suffering from the incurable disease, and started contacting state senators about cannabis oil.

"[It's been] a lot of emails, a lot of trying to explain to these senators how important it is," said McDermott.

"Some of them get it, some of them don't. They think we're going to turn out like Colorado, that it's going to be abused, that we're pushing for recreational marijuana; which we are not," said McDermott.

The law still has to go through a rules committee, who must approve it and then put it in front of the public for 35 days. After that, a neurologist who has seen the child for at least six months can prescribe the cannabis oil to the family, but only after they have already exhausted all other options.

Once the child has been approved for cannabis oil treatment, the family can apply for registration and then buy the medicine, which is where the real trouble comes into play.

Since Iowa's new medical marijuana law doesn't allow the cannabis oil to be sold in state, families have to travel to another state to actually buy it.

Iowa families will only be allowed 32-ounces of the cannabis oil at a time, which is about a six month supply.

McDermott said, if it gets too hard or Ryan's condition takes a turn for the worse, she will be forced to uproot her family and move to Colorado.

"He's been on so many [medications] for 8 years. So I've never known Ryan without being all medicated," McDermott said, confident the cannabis oil would help Ryan's condition.

"I'm not saying he's going to get up and start running or anything like that but maybe saying a word or two or communicating a little bit better would be awesome," said McDermott.