Both women have been arrested in the past year for protesting the $3.8 billion pipeline crossing North Dakota, South Dakota, Iowa and Illinois. 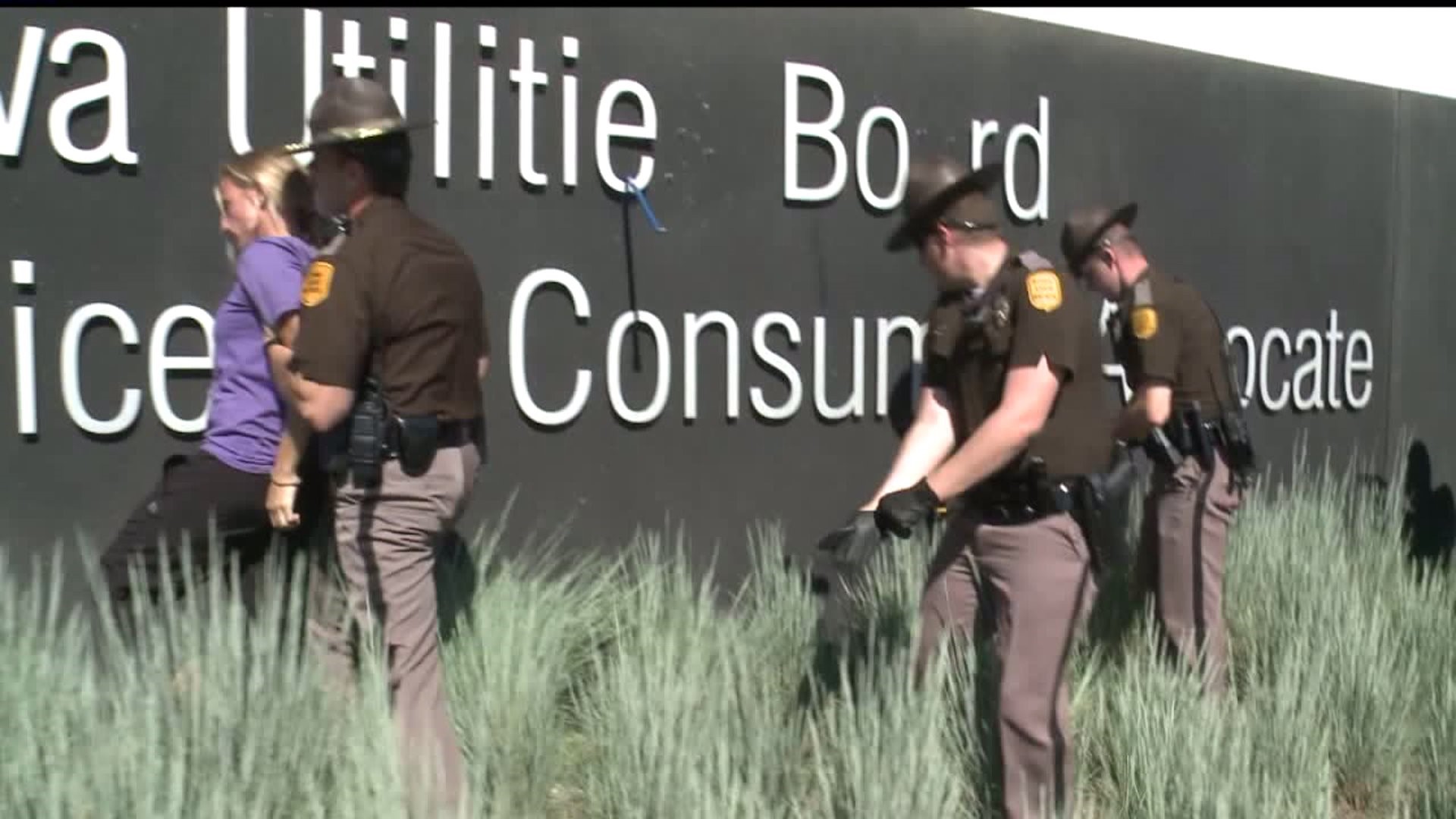 DES MOINES, Iowa (AP) — Two women with civil disobedience arrest records are claiming they damaged valves and set fire to construction equipment along an oil pipeline that crosses Iowa and three other states.

Jessica Reznicek and Ruby Montoya were arrested for criminal mischief at the Iowa Utilities Board office Monday after damaging a sign outside the agency's building.

The Des Moines women released a statement before their arrest claiming they burned construction machinery, cut through pipe valves with a torch and set fires with gasoline, rags and tires along the Dakota Access pipeline route.

In the statement, Reznicek and Montoya claim to have burned multiple pieces of construction equipment in Iowa and the Dakotas, using tires and gasoline-soaked rags to burn multiple pipeline valve sites and piercing valves in Wapello County, Iowa, using oxy-acetylene torches.

The pair justified their actions as "non-violent, direct action" and appear to be encouraging others to carry out the same type of protest.

"We stand here now today as witnesses of peaceful, nonviolent direct action," the statement read.  Our actions have been those of necessity and humility. We feel we have done nothing to be ashamed of. For some reason the courts and ruling government value corporate property and profit over our inherent human rights to clean water and land.

"We are speaking publicly to empower others to act boldly, with purity of heart, to dismantle the infrastructures which deny us our rights to water, land and liberty. We as civilians have seen the repeated failures of the government and it is our duty to act with responsibility and integrity, risking our own liberty for the sovereignty of us all."

Both women have been arrested in the past year for protesting the $3.8 billion pipeline crossing North Dakota, South Dakota, Iowa and Illinois. It began operating June 1.