A college project at Iowa State University is turning into a venture straight out of “Shark Tank” for one recent graduate. The “Codex Silenda&... 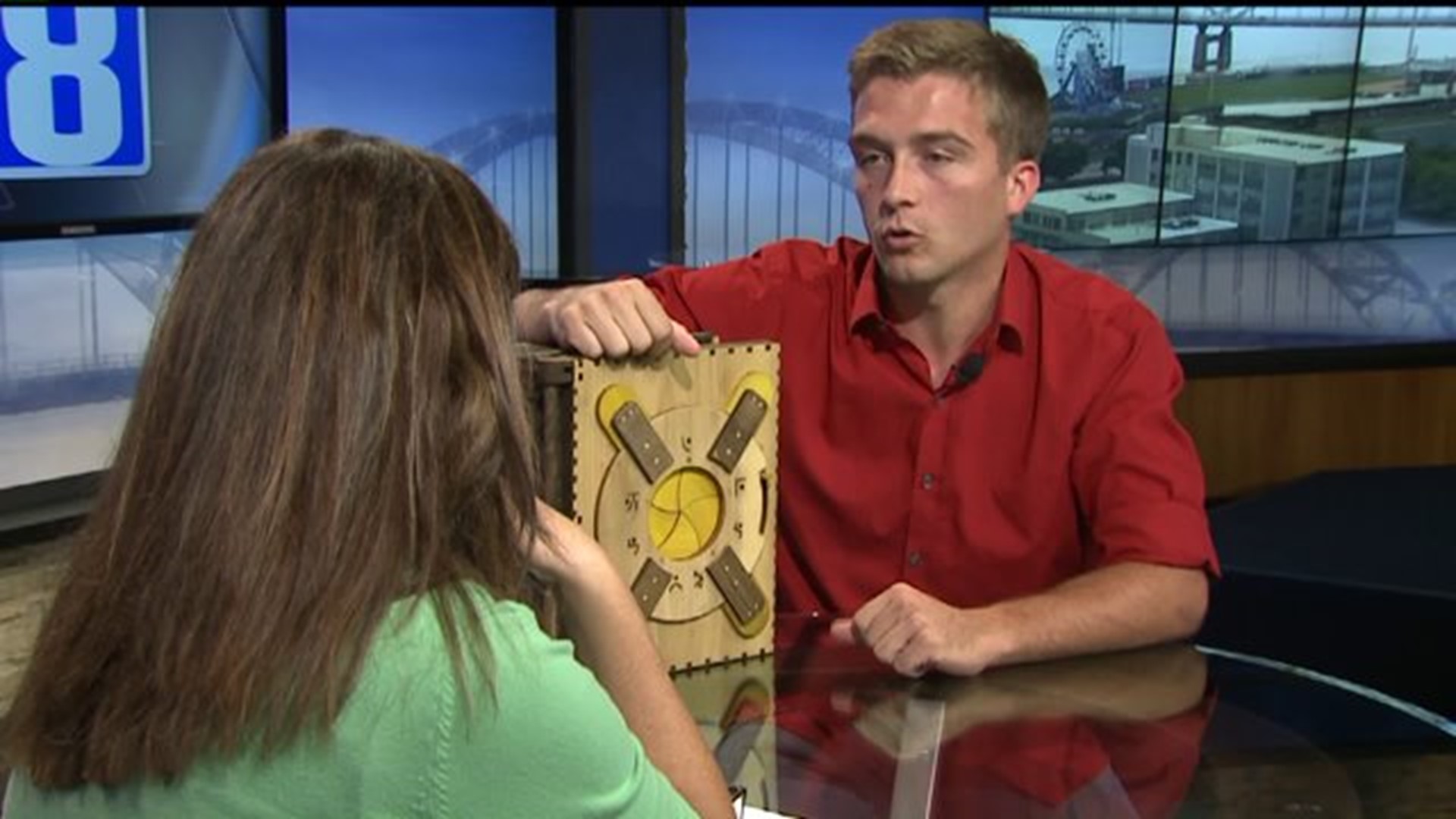 A college project at Iowa State University is turning into a venture straight out of "Shark Tank" for one recent graduate.

The "Codex Silenda" is a wooden book featuring five perplexing puzzles, the creation of 23-year-old Brady Whitney of Maquoketa, Iowa.

"It actually means the 'Book of Secrets'," said Whitney, who graduated from ISU this year with a degree in Industrial Design.

The "Codex Silenda" was born out of Whitney's senior thesis project - a blend of engineering, woodwork, mystery, and marketing.

"The premise is you have to solve each puzzle in order to progress to the next page", he said. "Once it catches your eye, you want to know what the mystery is," he said.

It is attracting attention and investors for the new, unassuming entrepreneur. Whitney was stunned when his Kickstarter campaign raised more than $203,000, before he closed the account.

Pieces for the  prototype were cut with lasers, and assembled by hand.

"Everything was cut off of a 2-D format, a flat sheet of plywood. Then I would build it in a 3-D scenario," Whitney said.

Whitney's goal is to produce 400 "Codices," and deliver them as promised to his Kickstarter backers at close to $175 each.

It will not be easy, with a part-time staff of two. Whitney and his girlfriend will be working out of a rented garage in Connecticut to try and make production a reality.

"That's the biggest challenge right now, because we have to make 125 of them by Christmas.  I have an email waiting list for these that has grown to 10,000 people," he said.