Iowa drug kingpin scheduled to be executed, first convict executed in the state since 1963

IOWA CITY, Iowa (AP) — A notorious Iowa drug kingpin convicted of killing witnesses and children in 1993 is scheduled to be executed in January after the federa... 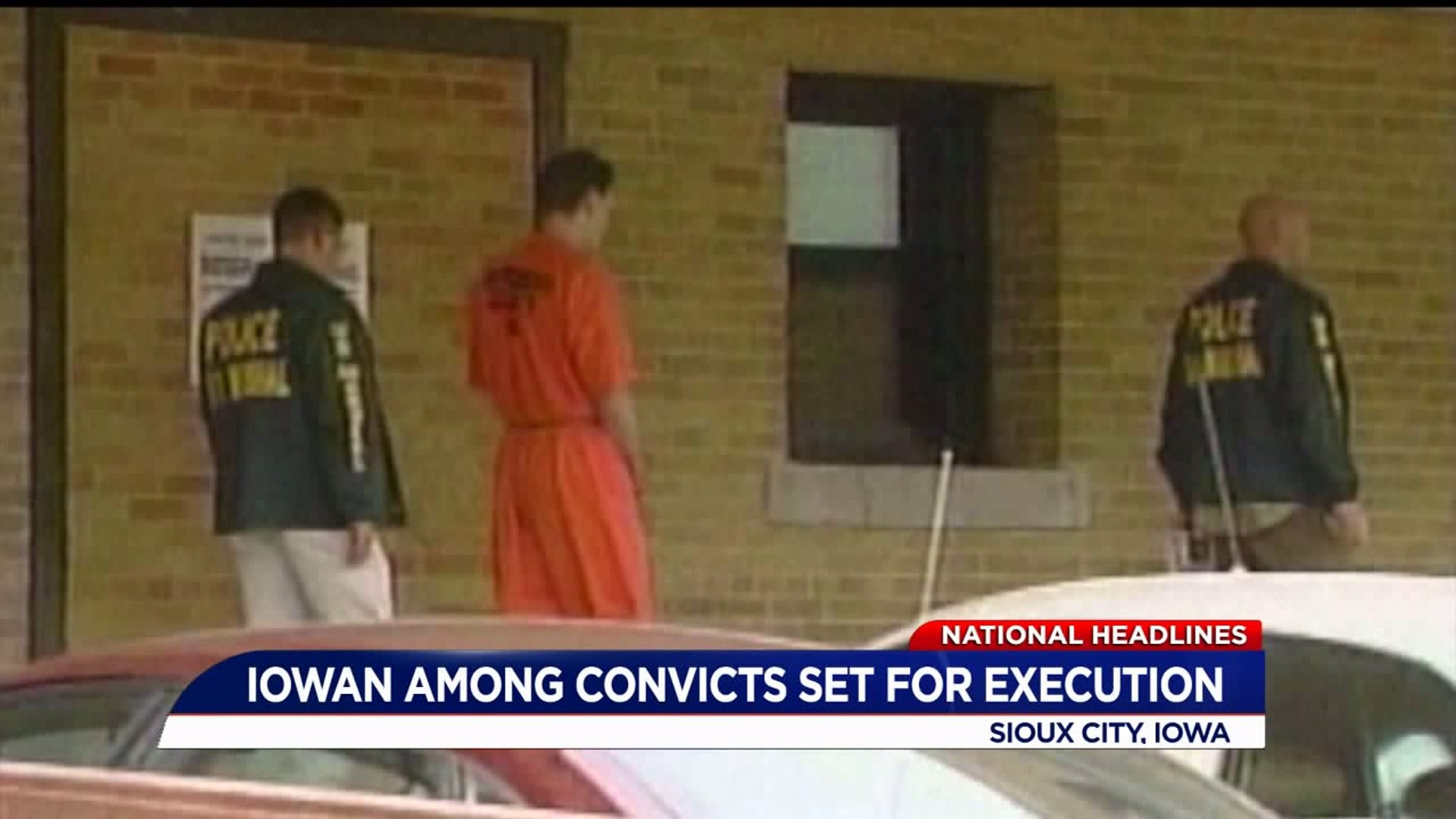 IOWA CITY, Iowa (AP) — A notorious Iowa drug kingpin convicted of killing witnesses and children in 1993 is scheduled to be executed in January after the federal death penalty resumes, the Justice Department announced Thursday.

Dustin Honken, 51, was among five inmates whose execution dates were set as Attorney General Bill Barr announced that the federal government would resume capital punishment for the first time since 2003.

Honken is set to die by lethal injection Jan. 15 at the prison in Terre Haute, Indiana, where he has long been held on federal death row. Honken would be the first convict from Iowa to be executed since 1963.

Honken was convicted at trial in 2004 of five counts of murder during a continuing criminal enterprise and numerous other counts. The jury found that Honken killed two drug dealers who had distributed the methamphetamine that he made, one of their girlfriends and her two daughters, ages 10 and 6.

Honken's girlfriend and accomplice, Angela Johnson, was also convicted in the 1993 murders and sentenced to death at a separate trial. But her death sentence was later overturned, and federal prosecutors agreed to change her sentence to life in prison in 2014.

Honken's mother, Marvea Smidt of Britt, Iowa, declined comment. She had asked jurors to spare her son's life in 2004, describing him as a loved son and father of three children.

Honken and his best friend began making meth in 1992 that they sold to Gregory Nicholson and Terry DeGeus, who distributed it to customers in the Mason City, Iowa, area. Nicholson, 34, began cooperating with investigators in 1993 as an undercover informant, which led to Honken's arrest on federal drug charges.

Days before Honken was to plead guilty, prosecutors say Honken and Johnson kidnapped Nicholson and his girlfriend, Lori Duncan, and her two daughters. Honken forced Nicholson to make a video recanting his testimony against Honken and declaring Honken's innocence. The four were shot in the back of the head and buried in a wooded area outside Mason City.

DeGeus, 32, went missing months later after investigators began focusing on him. Prosecutors say Honken and Johnson lured DeGeus to a remote site, tortured and shot him, and buried his body.

With the key witnesses missing, prosecutors dismissed the case against Honken. His sophisticated meth-making and distribution operation continued until he was arrested on drug charges in 1996.

Police found the bodies of the five victims in 2000, after Johnson was tricked into sketching out maps of their burial locations to a jailhouse informant. Johnson and Honken were charged in the deaths in 2001.