What Gov. Kim Reynolds has to says about this year’s budget surplus. 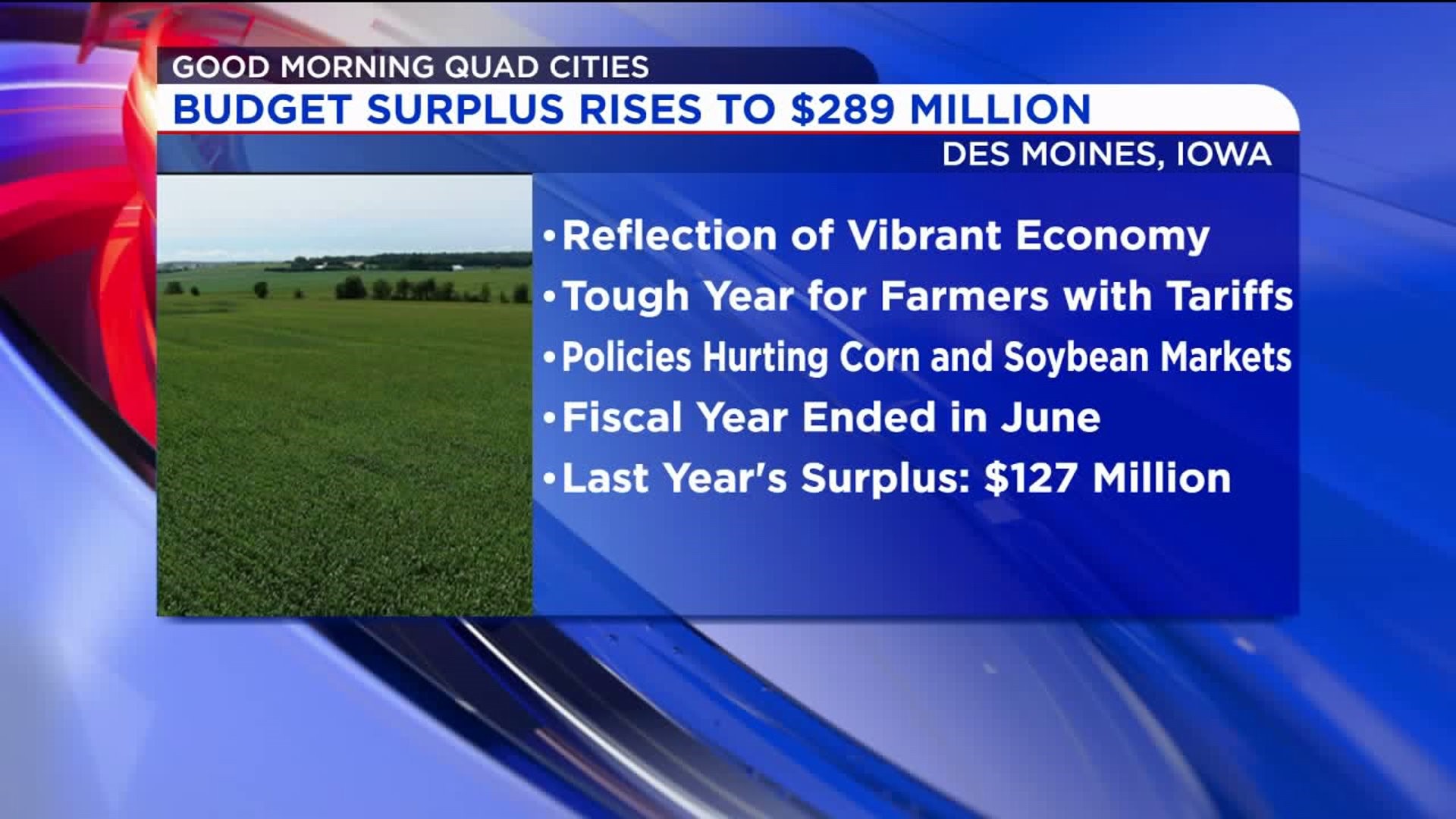 DES MOINES, Iowa (AP) — The state of Iowa will end its 2019 fiscal year with a surplus of more than $289 million in its general fund, but Republican political leaders were cautious about discussing where the money might be spent.

Gov. Kim Reynolds says it's a reflection of a vibrant economy, adding in a statement Monday that the state must be "mindful of the economic headwinds in our agricultural economy and be prepared for whatever the future might hold."

Farmers are facing a tough year with trade disruptions due to President Donald Trump's tariffs and policies that have hurt corn and soybean markets, potentially cutting into state income tax revenue.

The fiscal year ended in June, but the state posted its final budget figures at the end of September.