Dolphin will be the Hawkeyes’ football and men’s basketball announcer again starting next season. 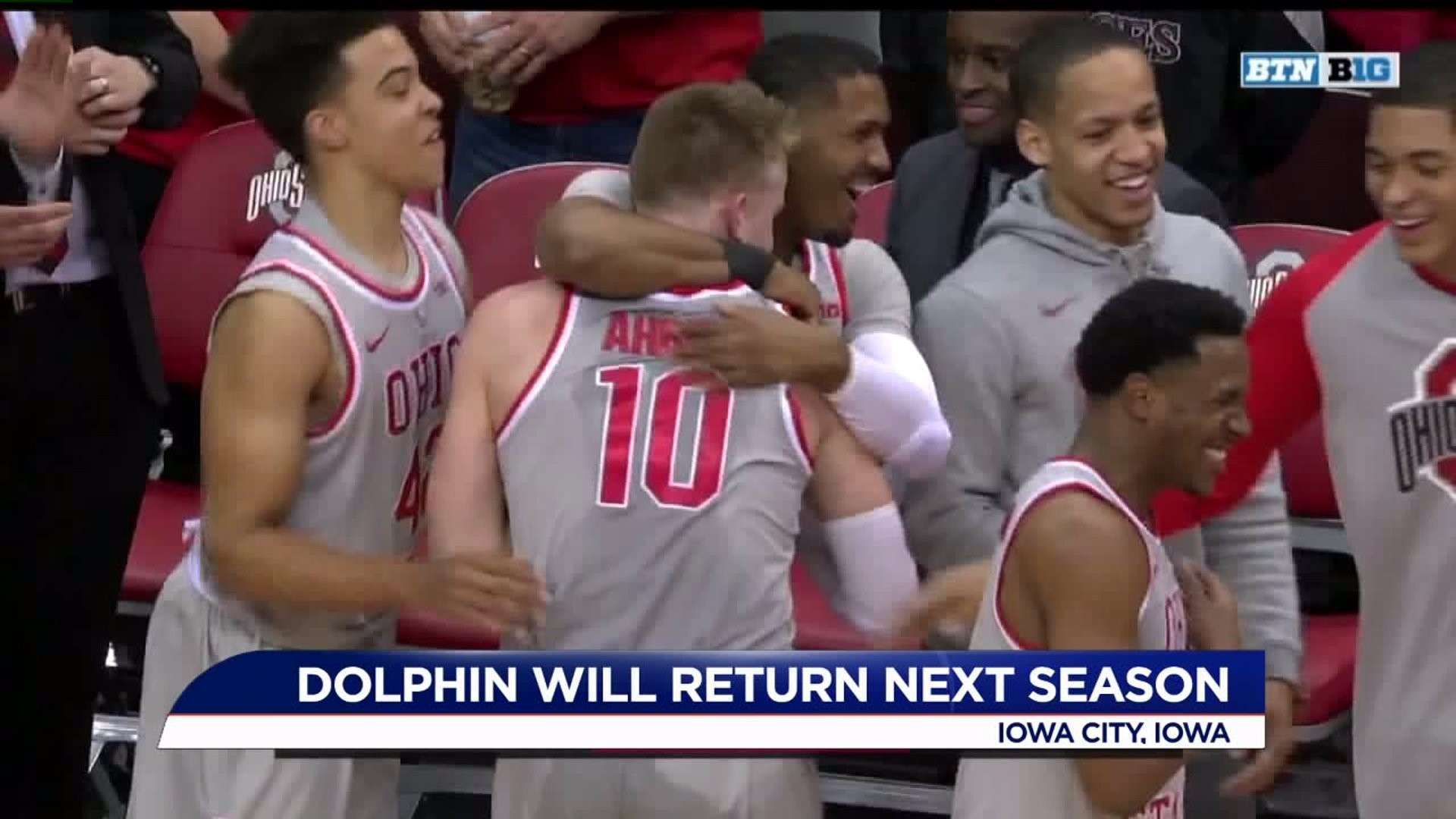 IOWA CITY, Iowa (AP) — Iowa play-by-play announcer Gary Dolphin, who was suspended last week for likening Maryland's Bruno Fernando to "King Kong" during a game, will be reinstated after the end of the season.

Hawkeye Sports Properties, the multimedia rights manager for the Hawkeyes, announced on Wednesday that Dolphin will return to cover Iowa's spring football practice. Dolphin, who has been with Iowa since 1996, will be the Hawkeyes' football and men's basketball announcer again starting next season.

Late in a 66-65 home loss to Maryland, Dolphin said that Fernando, a 6-foot-10, 240-pound African-American who was born in Angola, "was King Kong at the end of the game."

It was the second suspension for Dolphin this season. He sat out two games after being caught on an open microphone criticizing Iowa guard Maishe Dailey in a win over Pittsburgh in late November.