“I held on as long as I could,” recalled Tyler Brooks. “It was just a losing battle at that point.” 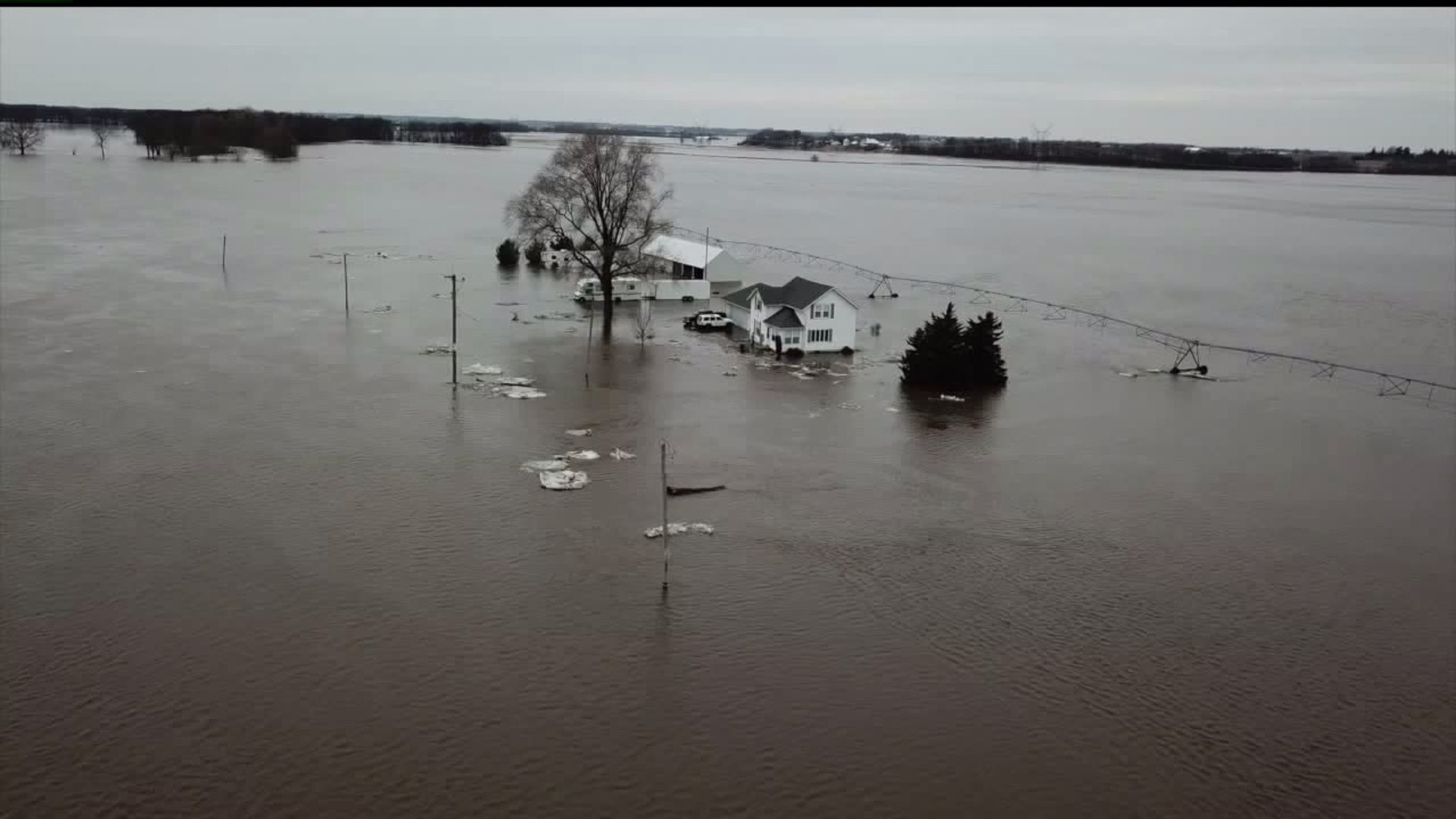 PROPHETSTOWN,  Illinois - The wrath of the Rock River is forcing residents from homes and roads to close.

"There was no way out," recalled Tyler Brooks, on Thursday, February 22.

Water and ice are surrounding his Prophetstown home, stranding them in the house.

"We couldn't get out," he continued.  "It was already flooded all around the house."

That's why Tyler and Ariel Brooks are taking an unusual ride.

"I finally pulled the plug," he said.  "I held on as long as I could.  It was just a losing battle at that point."

In a generous gesture, friends give them an impromptu water taxi back to land.  Since Tyler works as a farm drainage specialist, it's all pretty ironic.

"It wasn't bad in the boat," he said.  "Luckily, there wasn't much ice around the house."

Now, other folks are looking for a break.  From high above the Rock River, the view impresses and intimidates.  Water surrounds cabins and homes.  Longtime residents haven't seen anything like it.

"We always expect an ice jam," said Bill Hogeboom, Prophetstown.  "But you don't expect it to go like this.  This is really, really high."

So high on Thursday that road closures and other restrictions continue.  Those watching and waiting hope the water will recede soon.

"I've had my place for 30 years, and this is the highest it's ever been," Hogeboom said.

As water fills the Brooks' basement, they're glad to get out.

For Tyler and Ariel Brooks, grateful for good friends, who helped them escape the high water.