There are approximately 500,000 trucking accidents every year in the United States; 5,000 of those accidents result in fatalities, according to the U.S. Departm... 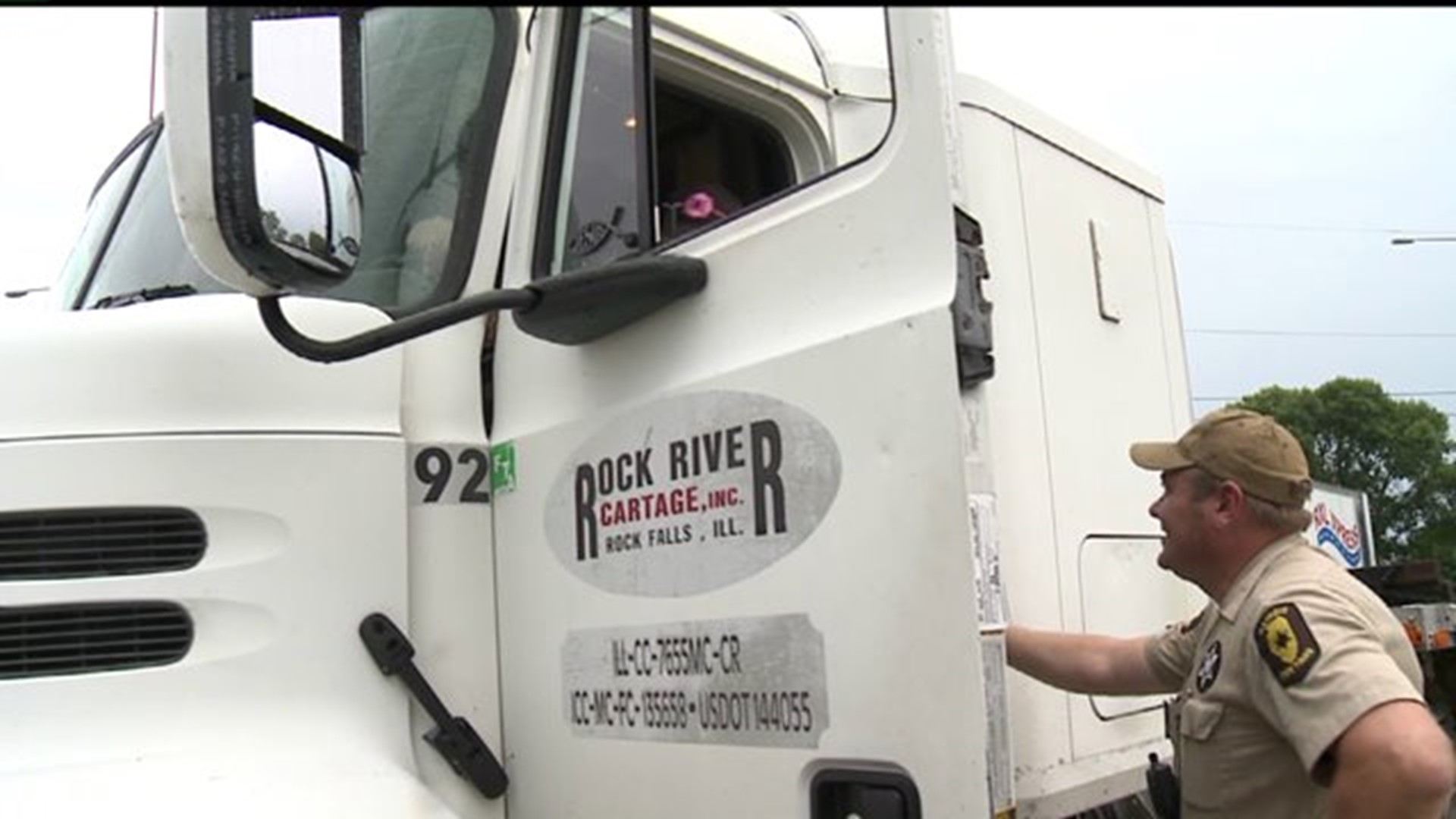 There are approximately 500,000 trucking accidents every year in the United States; 5,000 of those accidents result in fatalities, according to the U.S. Department of Transportation.

The month of August in the Quad City Area has seen two deadly truck crashes:

Tuesday, August 19, a truck driver went off the road on I-74 south of Woodhull. He later died.

On August 10, a tractor-trailer traveling along I-80 crashed into another semi, killing one of the drivers.

Illinois State Police believe weigh stations along interstates are an effective strategy to curbing the number of truck-related accidents.

Friday, a driver from Ontario, Canada was stopped at Scale 22 in Coal Valley after his truck was nearly 3,000 pounds over the weight limit. Pallets were unloaded from his truck until his weigh requirement was met.

Police say a truck over the weight limit is a hazard for other vehicles and the state's roads.

"An overweight truck causes the same amount of damage to a roadway as 400 cars going over that same piece of roadway," said Illinois State Trooper Jason Wilson.

So far in 2014, District 7 troopers have completed 1,948 inspections; 152 semis have been placed out of service, according to Illinois State Police.