China’s import ban has soybean farmers questioning what to do with their potentially excess crop after the world’s number one soybean buyer drops ou... 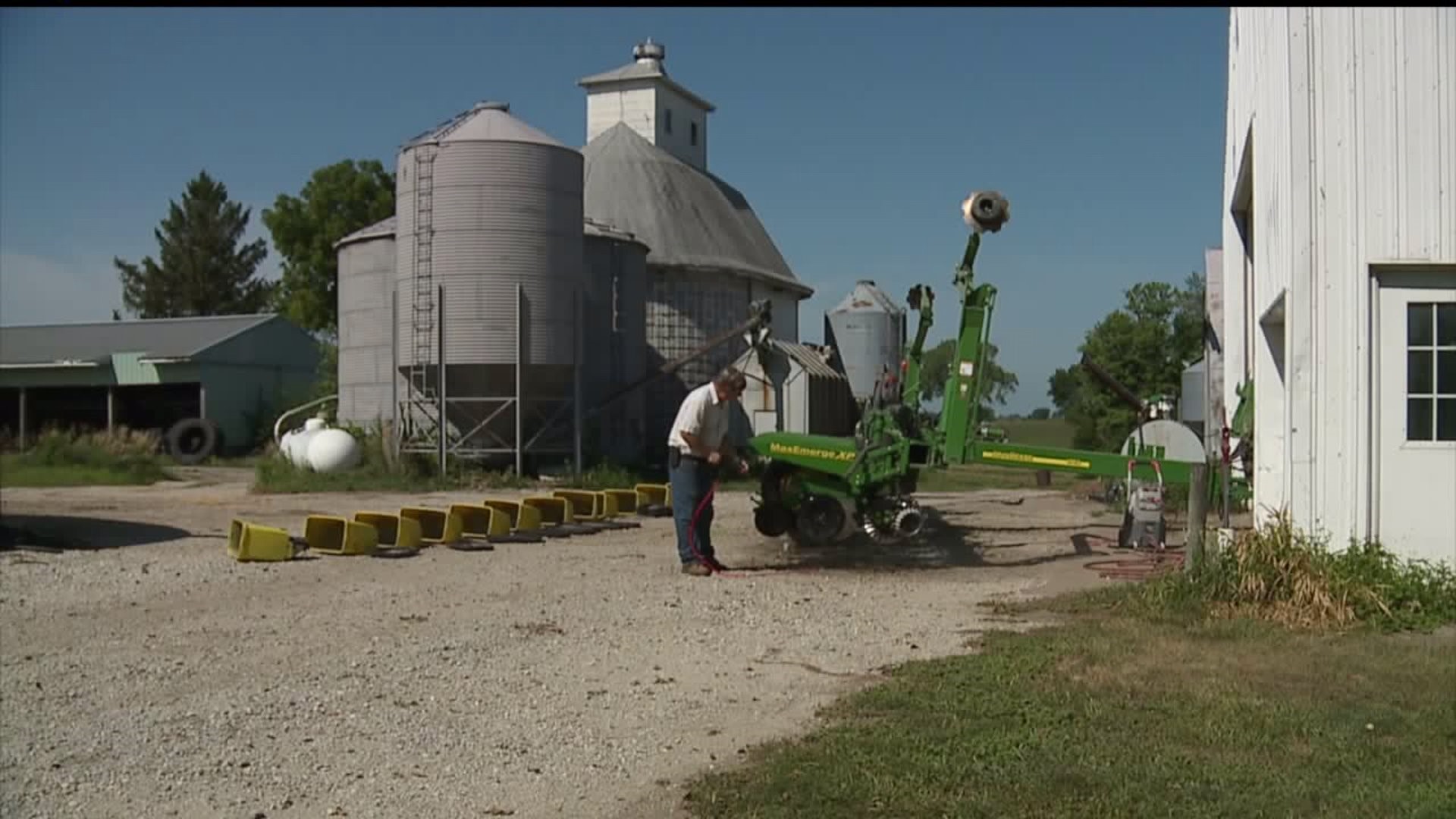 TAYLOR RIDGE, Illinois – Farmers in Illinois and Iowa wonder what the future holds after China says it will ban all agricultural imports from the United States.

It comes after President Trump said he is placing a 10% tariff on $300 billion dollars’ worth of goods coming in from China.

In a typical season, at this time, soybean plants should be at waist height, but instead, they are more at one’s calf.; that’s due to the wet spring and farmers planting their seeds late.  These conditions worry farmers on top of what’s going on in the global market.

“We are becoming numb to it, it’s more of the same,” says Illinois soybean and corn farmer Dave Mueller.

On Tuesday, China put the ban on US agricultural imports and worrying many US soybean farmers since China is the world’s number one soybean buyer.

Soybean farmers are still able to export their soybeans to other markets like South America and Africa, but that won’t be enough to make up for what they lose from China.  The oversupply is already impacting prices – soybeans are typically $8.70 a bushel at this time, but now they’re sitting at $8.

“They want to be able to be paid fairly for the products versus export markets and we aren’t seeing that,” says Steve Sandahl, a manager at Big River Resources.

Farmers are storing soybeans in grain bins like Big River, hoping to wait out the trade war.  Right now, Sandahl says it’s a gamble for farmers - they can leave their crops in storage and wait for a good price, or wait for the war to end between the US and China.

“We’ve really never faced this in history before, so there’s really not a lot of data to compare it with and that’s difficult,” Sandahl explains.

Mueller says he will be harvesting his soybeans in October instead of September. With the wet and dry weather this year, he isn't sure what he will yield come harvest.

On Monday, the USDA will release its monthly Crop Production Report, which will determine what farmer yields could be this year.