The Illinois budget stalemate could force the Western Illinois Agency on Aging to close in September, at least temporarily, without legislation to restore fundi... 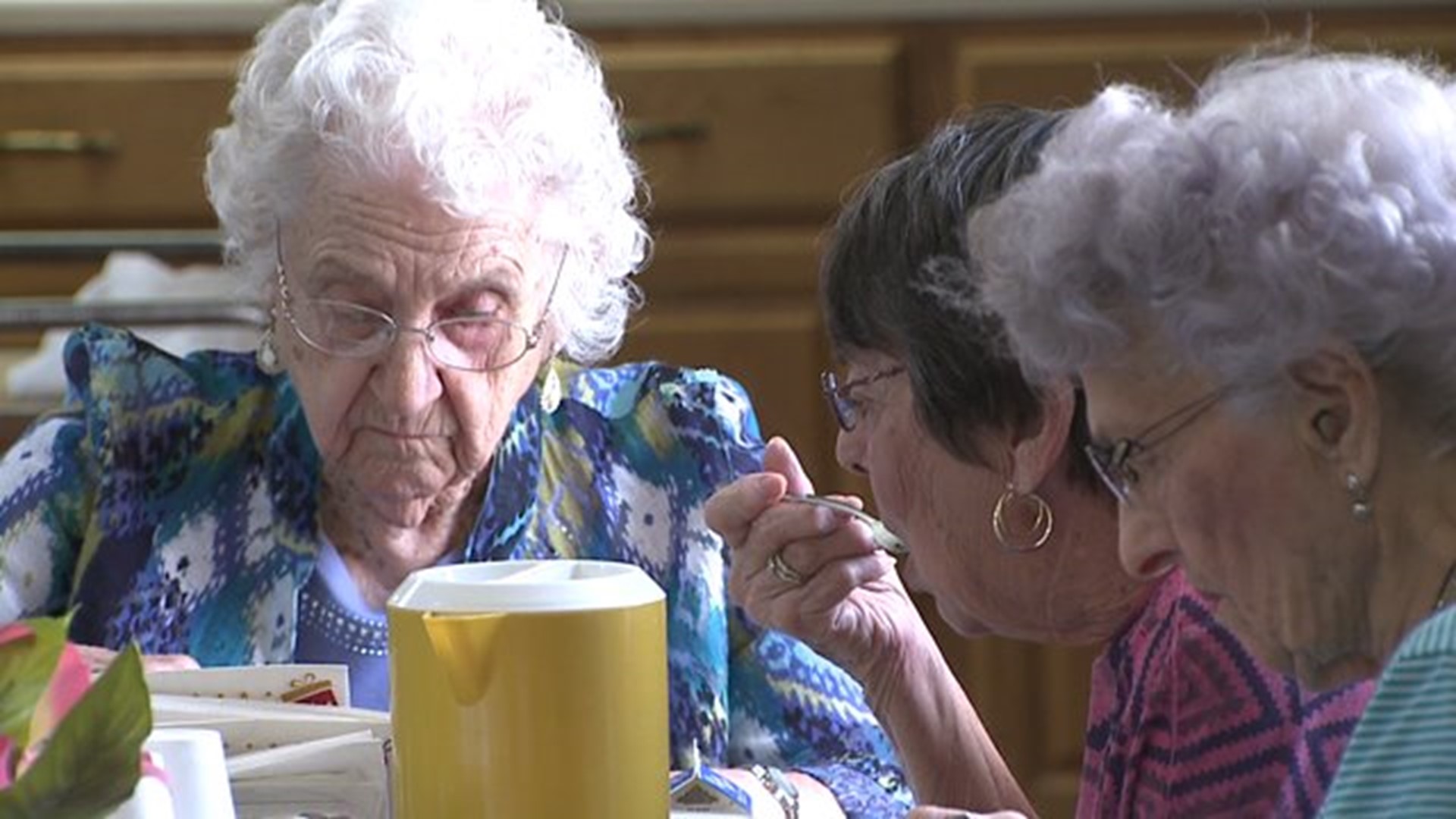 The Illinois budget stalemate could force the Western Illinois Agency on Aging to close in September, at least temporarily, without legislation to restore funding.

There's a real community at the Mercer County Senior Center, which is part of that collaboration in Aledo.

That's where happiness is contagious at a Wednesday morning Bible study.

"It is a group effort," said Jane South, who transitioned from employee to participant at the center.

But these weekly get-togethers could be put on hold in coming weeks without funding.

"Seriously, senior centers need to be at the top of their list," she said.

They're closely watching legislation that could allow Illinois to at least release federal funding to agencies.

That would allow senior centers to stay open during the budget impasse.

This center gets nearly all its money from federal and state sources.  But without action in Springfield, it will miss the next $15,000 check.

There's simply no money to pay for the staff of three and its support programs in Aledo.

"That would be really bad," said Debbie Mitchell, who operates the meal site for Project NOW.

Mitchell knows what all of this means to 400 clients in Mercer County.

"It's just a place to go for seniors to meet each other and be together," she said.

Seniors get a lot more than affordable meals.  It's really a conduit for everything from utility assistance to tax help. This is a community centerpiece in Mercer County.

"Stop spending money on things that don't affect as many people," she concluded.

A study group lesson that reaches from Aledo all across Illinois.