The State of Illinois recognizes May 30, 2018 as Officer Mark Dallas Day.  This honor came exactly two weeks after Officer Dallas confronted a student with a ri... 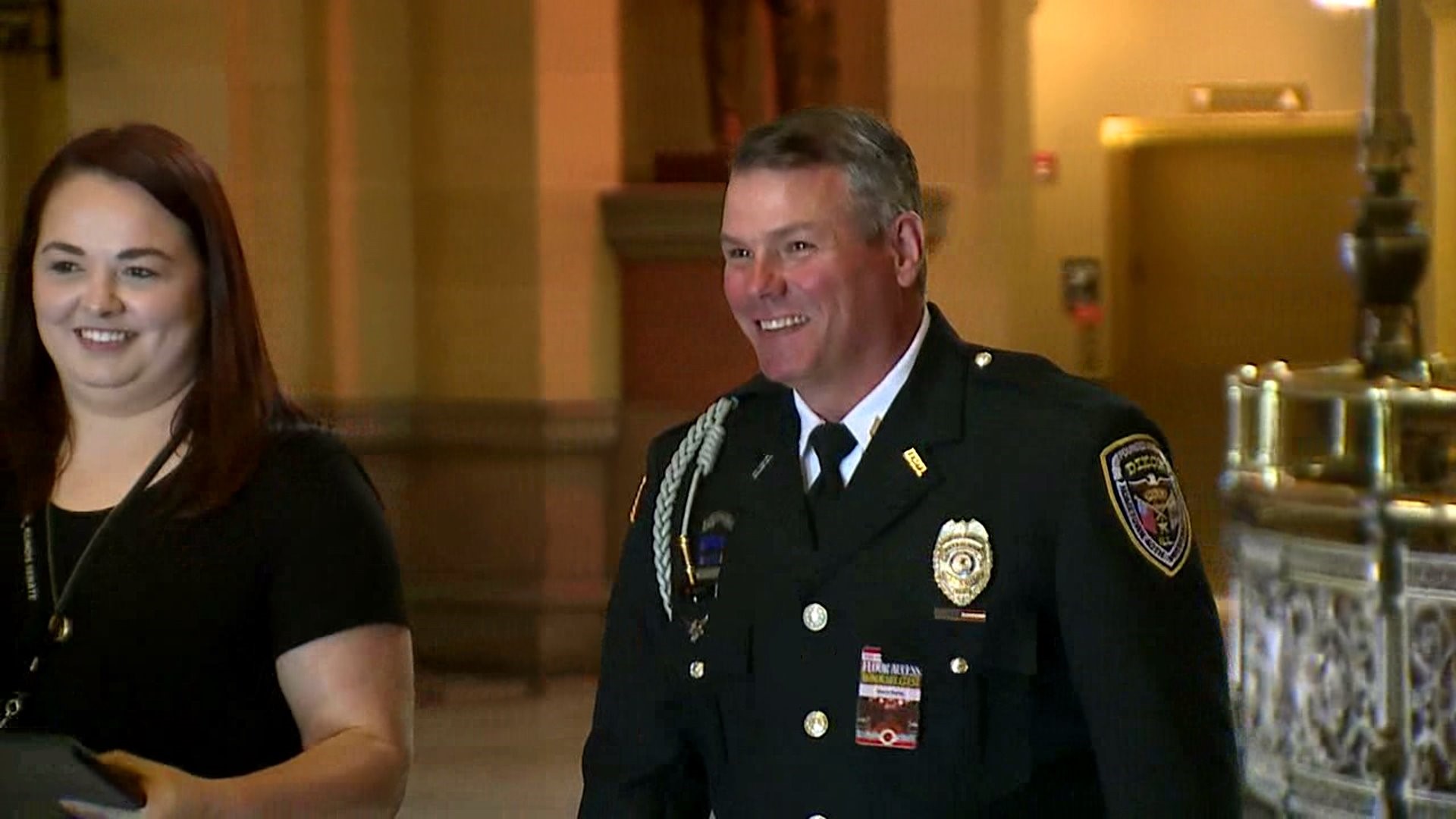 SPRINGFIELD, Illinois -- The State of Illinois recognizes May 30, 2018 as Officer Mark Dallas Day.  This honor came exactly two weeks after Officer Dallas confronted a student with a rifle at Dixon High School.

Police said 19-year-old Matthew Milby, a graduating senior, brought a 9mm semi-automatic rifle to the school Wednesday, May 16, and fired. Officer Dallas returned fire, leaving Milby with a non-life-threatening injury to the shoulder.

"I was not about to let the children under my watch prey to another school shooting," said Officer Dallas.

Governor Rauner commended Dallas for his heroic actions, outright referring to him as a "hero."

"I'm honored and humbled by those who have referred to me as a hero, but I respectfully refuse that label and I much prefer dad," said Officer Dallas.

He made mention of his shared concern as a parent, saying moms and dads shouldn't have to be fearful for their children when they're dropping them off at school.  That's when he went on to ask lawmakers to continue their support for school resource officers.

"You have the power to be heroes of our children when you support the training and placement of resource officers in our schools," he said.

Officer Dallas has been in law enforcement for more than 20 years.