The 27th annual Tug Fest was underway Friday evening, as folks on both sides of the river gathered for parades, games and lumberjack shows ahead of SaturdayR... 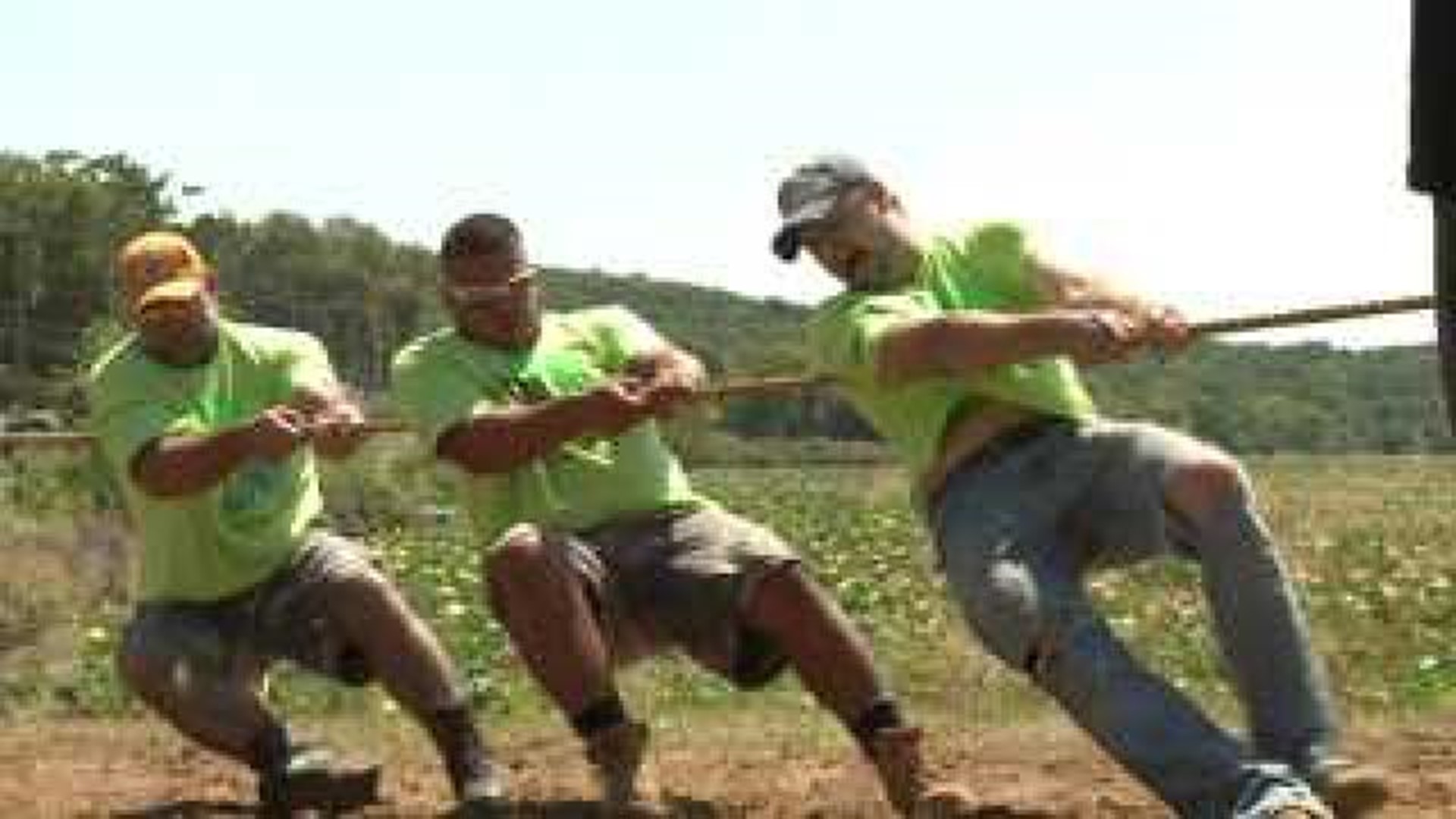 The 27th annual Tug Fest was underway Friday evening, as folks on both sides of the river gathered for parades, games and lumberjack shows ahead of Saturday's tug.

"Where else are you going to see them pull a rope that's 680 feet long and 2,700 pounds across the river?" said LeClaire Tug Fest president Kari Long.

For almost three decades, a giant game of tug-of-war has spanned the Mississippi River each summer. In Port Byron, the soil is tried and true -- Illinois is up 16 to 10 over Iowa, and the state has won for the last seven years.

In LeClaire, though, a brand new tug pit could be key to a victory this year.

"We worked a lot of weekends, a lot of hours after work. Lots of blood, sweat, and tears were left in that tug pit, but it's going to give us the advantage this year," said Long.

Visitors from surrounding towns said the food, carnival games, bands and fireworks all make the festival worth attending.

"It's great, it gets everybody around here from the small towns together to have a good time," said Rhiannon Bell, as she readied for the Leclaire parade with her kids.

And Friday, both sides were already making bets on who would take home the trophy Saturday afternoon.

"Do you wanna know the truth? Illinois always wins, but we always root for Iowa," laughed Bell.

The tugging gets underway in both LeClaire, Iowa, and Port Byron, Illinois, Saturday around 12:30 p.m.