While the budget crisis continues in Illinois, House lawmakers are taking a month-long break. “It’s egregious that the House would take a one month ... 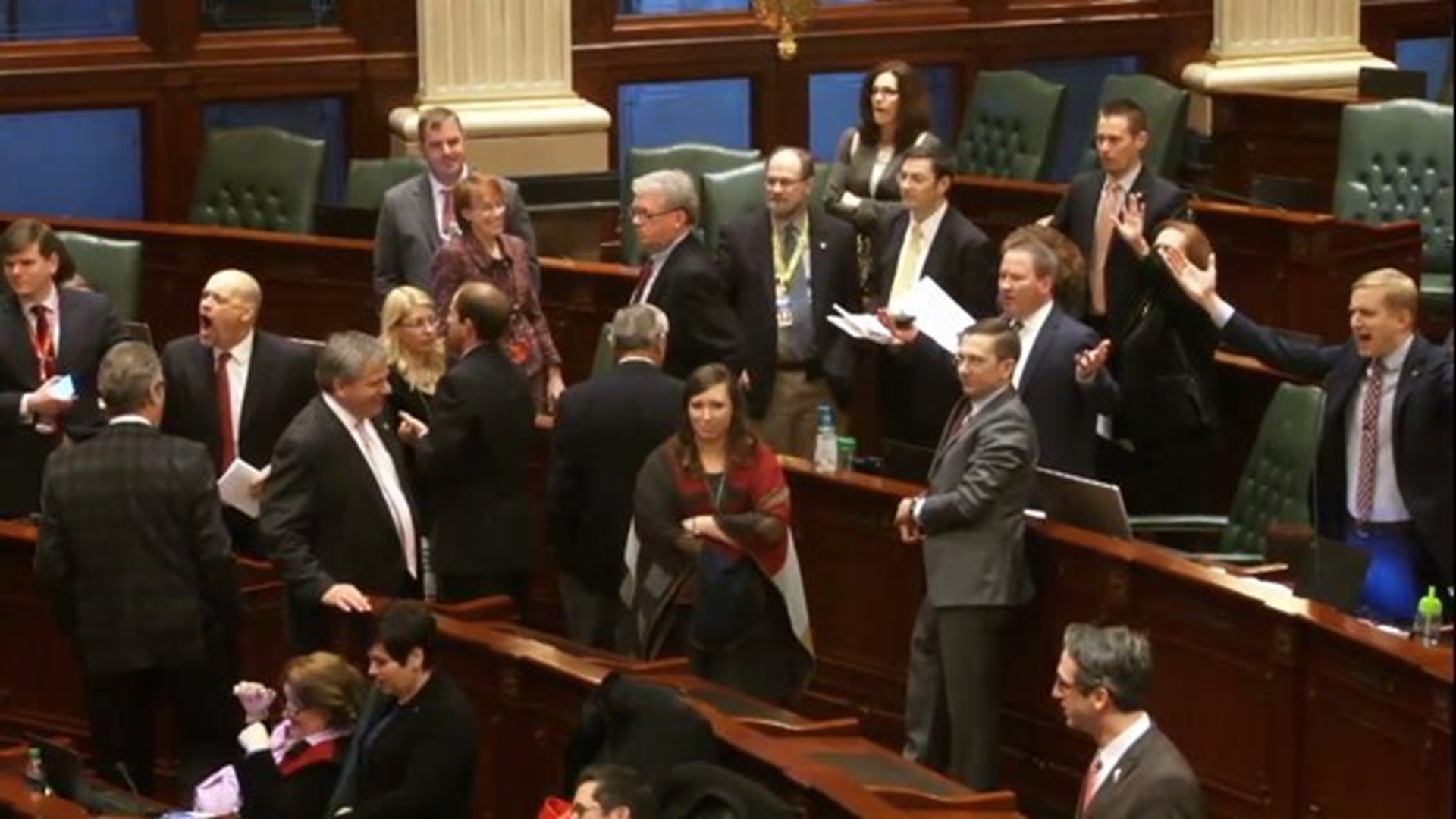 While the budget crisis continues in Illinois, House lawmakers are taking a month-long break.

"It's egregious that the House would take a one month break in the middle of the heart of our regularly scheduled session, especially when there's so much work that's unresolved", said State Rep. Tom Demmer, a Republican from Dixon.

Demmer made a motion on Thursday and tried to keep lawmakers in Springfield for one more day,  but was shot down by Democratic leadership. And it's on video.

"After much conferring at the Speaker's podium, it was ruled my motion was out of order. No vote was permitted, the Democratic leaders quickly adjourned session and fled. The chamber turned off the mikes, packed up their bags, and got out of the Capitol and headed home", Demmer said.

House Speaker Mike Madigan makes the schedule, and so far, lawmakers have only been in session about 9 days this year.

"Here we are, taking a month off. It just coincidentally is right around the month of the primary election. This is another example of being focused on politics, rather than policy. And I think the people of Illinois have a right to be upset and angry. I know we have a lot of work to do and I wanted the House to stay in session", he said.

The House is not expected to return until April 4th.