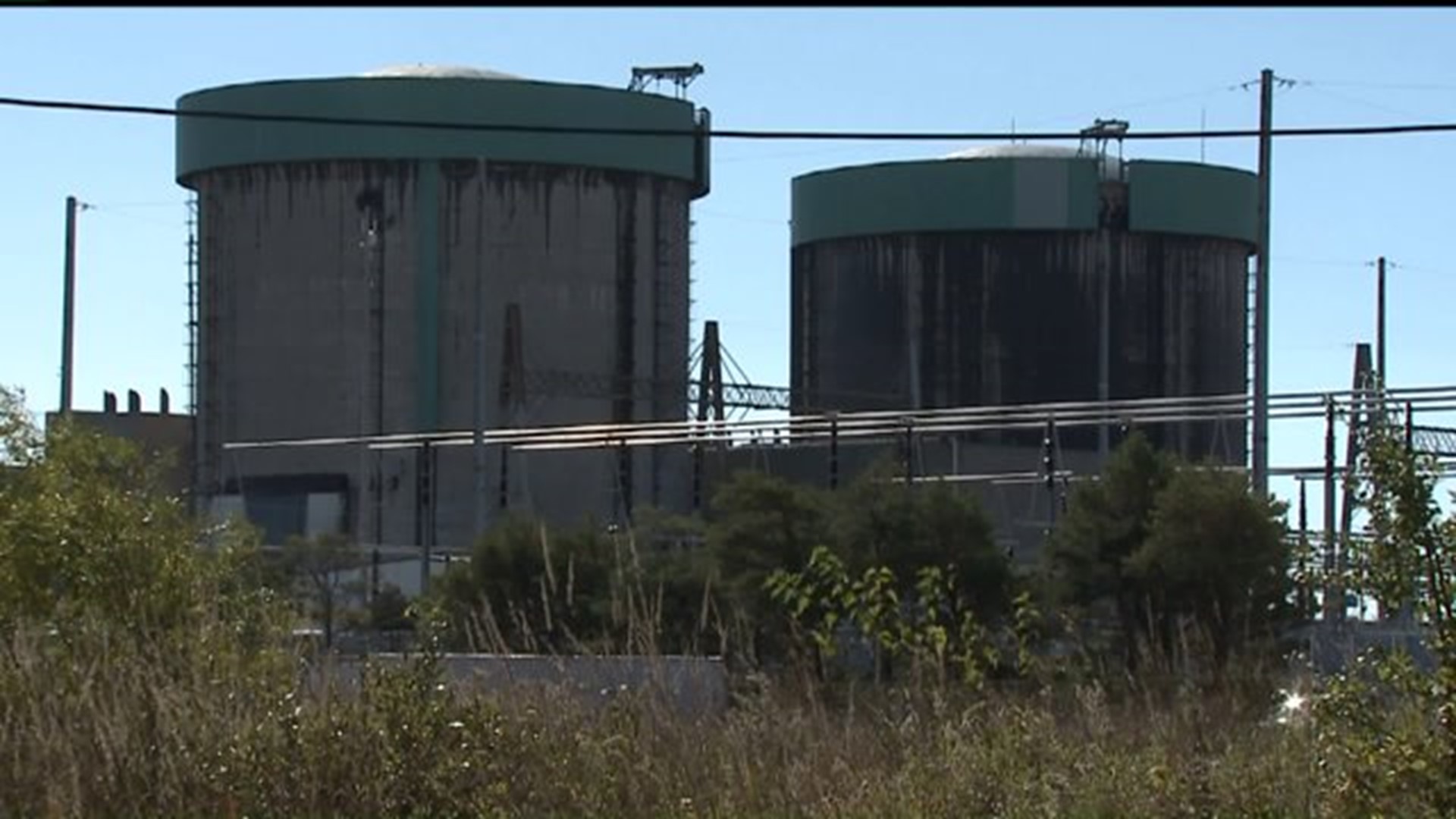 Right now, the generating station in Cordova, Illinois, is scheduled to close on June 1, 2018. The Clinton plant would close June 1, 2017.

Community leaders have warned that the closures would have a devastating effect on local governments, schools and businesses.

That impact can already be seen in communities like Zion, Illinois.

From 1974-1998, a nuclear power plant operated in Zion, occupying 400 acres of space on the shore of Lake Michigan. It's now been almost two decades since the plant closed, but city leaders say the community is still working to recover.

"It's getting better, but it's been a tough road," said Mayor Al Hill. "We lost half the value of our community when the plant closed."

The nuclear power plant once paid roughly $19.5 million in annual taxes, which supported schools, parks, libraries, and city and county services. Hill says the tax burden has now shifted to residents, mostly in the form of increased property tax rates.

Longtime business owners like Roger Whitmore have been frustrated by the tax hikes.

"Since we built this shop here, and with the subsequent closing of the power plant, our taxes have gone up 143 percent," said Whitmore, owner of Roger's Automotive. "Over the course of 10 years, that's half a million dollars. I wish I could keep some of that."

Hill says the high tax rates have made it difficult to attract new businesses to Zion. In addition, the city has struggled to recover from the housing crisis of 2008. These days, more than 60 percent of the living spaces in Zion are rental units.

"When you get that many rental units, it has a negative impact on the entire community," said Hill. "A healthy community has somewhere in the neighborhood of 22 to 23 percent."

City leaders are especially concerned, though, about another consequence of the plant's closure.

"We have, in fact, become a nuclear storage facility unwittingly," said Hill.

Although the plant stopped operations in 1998, the spent fuel rods remain on the property, kept in dry cask storage. Hill says the federal government has failed to open any sort of permanent nuclear waste storage site, and thus, the spent nuclear fuel remains on Zion's beach.

"It's Lake Michigan, lakefront property. It's valuable property that has no value right now, because the fuel rods are there," said Hill.

Zion leaders are now asking for payment for storing the spent nuclear fuel rods. There is currently a bill in Congress that would compensate communities like Zion.

Hill is hopeful the bill will be called during the upcoming year.

What it means for the Quad Cities, Clinton

While it's difficult to predict exactly what will happen, the closures would almost certainly affect taxpayers in Rock Island and DeWitt County, as well.

"Taxpayers, schools, local businesses -- everyone will feel the impact if the plant closes," said Tara Barney, president and CEO of the Quad Cities Chamber of Commerce.

In parts of Rock Island, the tax rate is already 10.4.

Exelon is the largest taxpayer in Rock Island County.