If you plan on getting a concealed carry license in Illinois, you will be limited on where you can take it. That’s because several businesses are banning weapon... 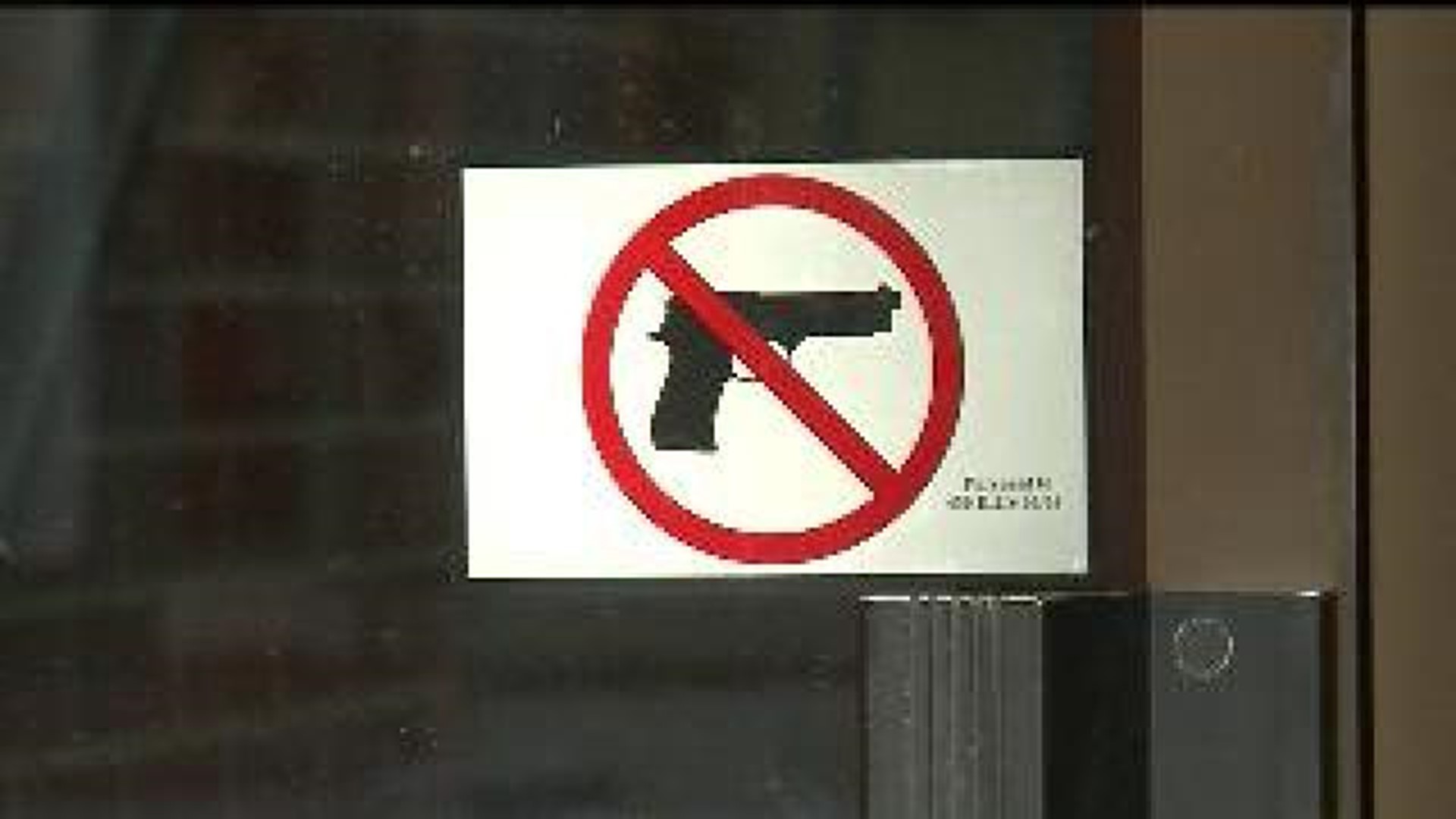 If you plan on getting a concealed carry license in Illinois, you will be limited on where you can take it. That’s because several businesses are banning weapons from their premises.

One of those businesses is Happy Joe’s in Morrison.

“We cater more toward families and there are a lot of kids in here at most times,” said Manager Lynn Kenady.

“I just don’t think this is a good place for people to be hiding a gun.”

So when she first heard that the Concealed Carry Act passed, she walked across the street to discuss her options with Morrison Police Chief Brian Melton.

Melton directed Kenady to the Illinois State Police website and told her she could print off the sign that shows guns are prohibited. She did. Today, a laminated sign that was printed off of her computer is taped onto the entrance of Happy Joe’s. It sits just below the no smoking sign.

Melton told News 8 he has spoken with several businesses in Morrison about the topic. After hearing some of their concerns, the city ordered 250 4 by 6 inch signs that show guns are prohibited.

“I had a couple of businesses that kind of inspired me to make these available,” Melton said.

He just received the signs from the Illinois State Police yesterday. In the next few weeks he plans on talking with different businesses owners about their options.

Some facilities don’t have a choice on whether they can allow those with guns on their premises. Schools, state and local government buildings, and business that hold a liquor license are required to ban guns.

But some businesses who can allow customers to carry are still considering their options.

“I’m not quite sure if we are going to put these up (signs), but it was a nice service that the police department offered,” said Jennifer Black, Vice-President of the Super Wash Franchise.

Super Wash is located in several states around the country. Black says they allow people to carry on their business property, and have yet to encounter an issue. She did say she will have her business’s attorneys investigate the law.

But for Happy Joe’s in Morrison, it’s clear – no guns allowed.

“When the weather gets warmer I will have my sign guy go ahead and paint it on just like we have the no smoking sign,” Kenady said. “It will be permanent on our window.”