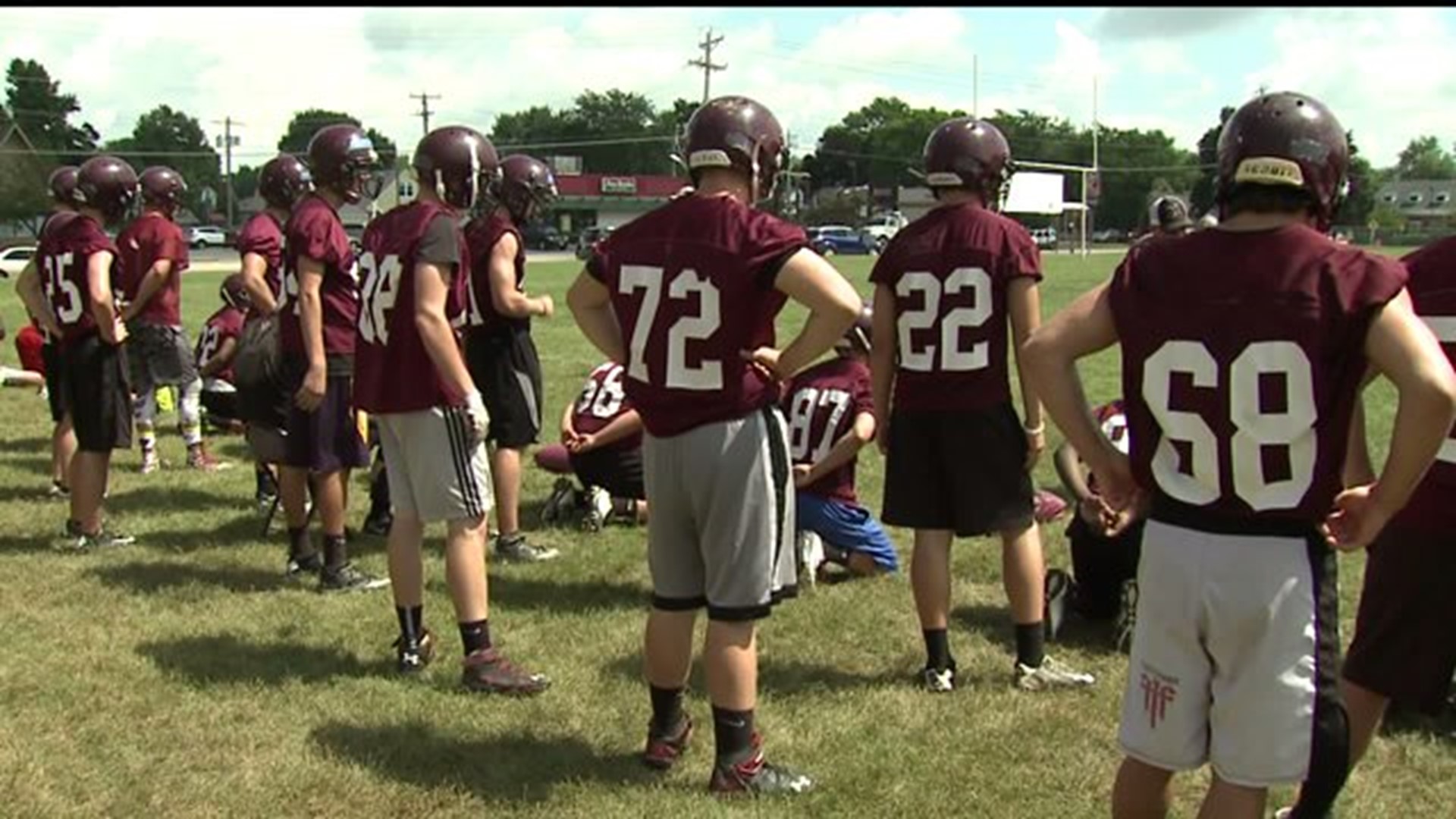 On Monday, August 3, 2015, Illinois Gov. Bruce Rauner signed into law Senate Bill 7, requiring students who suffer a concussion to receive permission from a doctor or trainer before they may fully return to class or sports. Moline head football Mike Tracey said Moline already followed that protocol before the legislation.

"It's a smart change and a sensible change," Tracey said.

The law, which begins immediately, requires any Illinois school that participates in interscholastic athletics to create a concussion oversight committee, which will be responsible for creating a return-to-play policy for students who have suffered a head injury.

Tracey, who's been coaching high school football for more than a decade, said a lot has changed since he began coaching. Practice times have been reduced, the number of days practicing in full pads have been cut and more safety education has been implemented.

In previous years, Tracey said his practices were more than two-and-a-half hours, but have since been reduced citing player safety.

Moline sophomore Thomas Parrish recently suffered a concussion while on vacation. The sophomore missed nearly two weeks of team activities due to his injury, and had to pass a concussion test before returning to practice. Parrish said his symptoms didn't last long, and without following the proper rules, he would have likely returned to practice too soon.

"I only had a headache for like the first day," Parrish said.

"I probably would have returned three or four days too early," Parrish added.

Fifty-eight percent of concussions are suffered at practice, according to a study published in May 2015 in the Journal of American Medical Association -- Pediatrics. The study also found that concussion rates for high-school athletes is 11 percent higher than it is for college players.

Earlier this year, a former South Elgin High School football player filed a lawsuit against the Illinois High School Association over its policies on concussion prevention and treatment.

In 2011, the IHSA created a formal concussion management policy that included concussion and head injury information.

Coach Tracey said he believes all changes benefit the players, which will benefit the sport in the long run.