(CNN) — As Sweden’s population ages, the country faces a challenge: how can it maintain support for its citizens without breaking the bank? Furnitur... 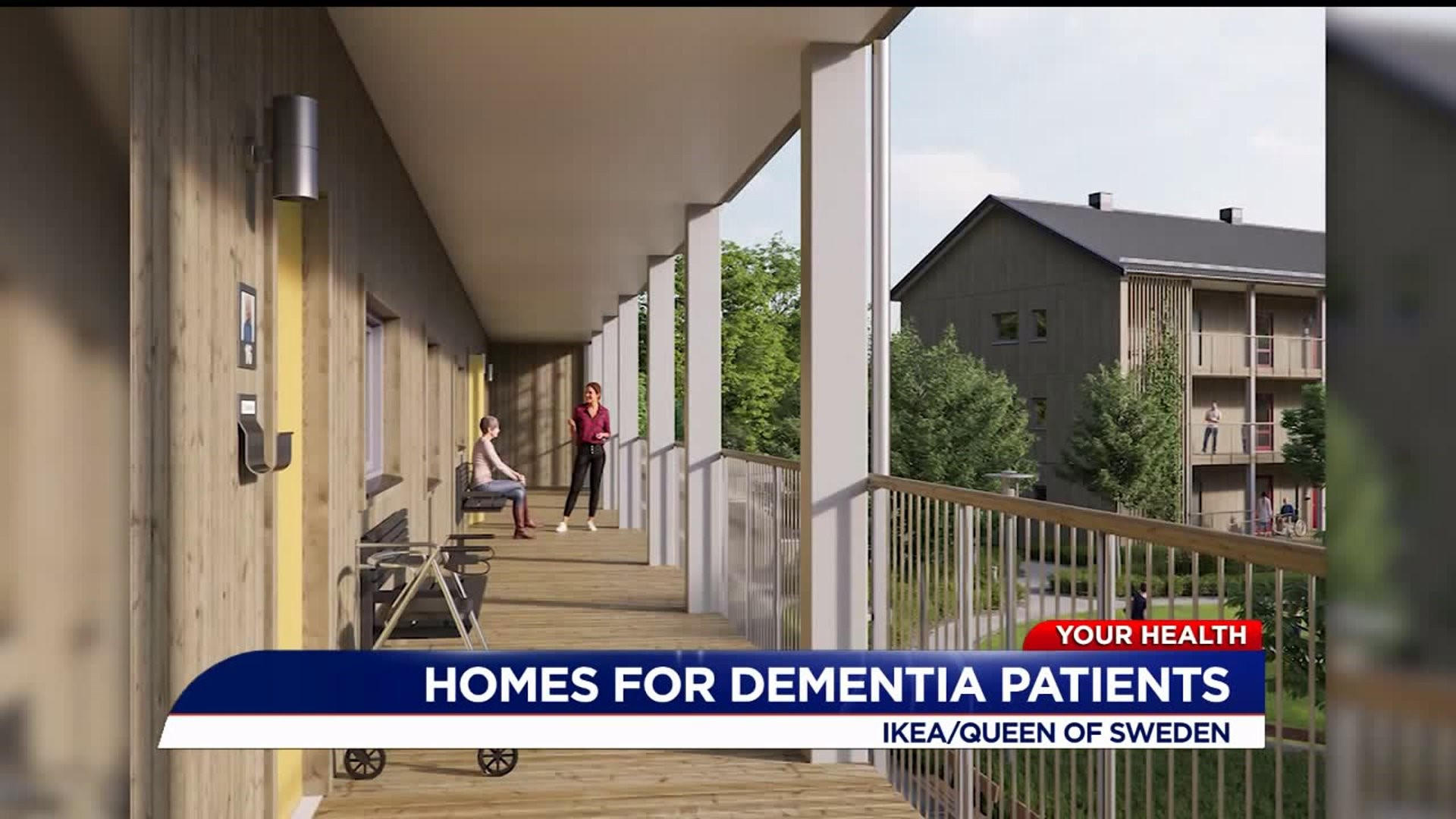 (CNN) -- As Sweden's population ages, the country faces a challenge: how can it maintain support for its citizens without breaking the bank?

Furniture giant Ikea has one idea.

The company is launching a new style of home for dementia patients through BoKlok, a joint venture with Swedish construction company Skanska that makes sustainable and affordable housing.

For the past three decades, the group has built more than 11,000 modular homes throughout Sweden, Finland and Norway using the Ikea model: strip out costs by producing large quantities of parts off-site. Lower income customers only pay what they can afford.

Now, with some modifications, the company thinks it can help people who struggle with memory loss to live at home — saving the government money it would otherwise spend on care. It's built the first customized homes just outside Stockholm.

Design tweaks include taking mirrors out of bathrooms and fitting kitchen appliances with old-fashioned knobs, rather than digital controls.

The developments also emphasize spending time outdoors, and will include "therapeutic" gardens and clubhouses for socializing. That could make it more appealing for a partner to move there, too.

"To take care of elderly people, that cost is exploding," BoKlok CEO Jonas Spangenberg told CNN Business. "It's much cheaper for society and the public to give them service back home."

From Japan to the United States, countries around the world are dealing with the effects of aging populations.

Sweden is no exception. By 2040, nearly one in four Swedes will be 65 years or older by 2040, in part because of the baby boom following World War II.

In a country like Sweden, where life expectancy is very high and most care for the elderly is government funded, that means a strain on spending and resources looms. One concern is the supply of affordable yet comfortable accommodations.

"We see a growing problem ... that [people] are ending up in institutions where they do not want to end up," Spangenberg said.

He continued: "If we can crack the code where you can continue to live at a home or an apartment that is more suitable for you, even with various syndromes, we believe we could do a ... good thing for society."

That's the driving idea behind the company's SilviaBo project. Its namesake, Queen Silvia of Sweden — whose mother suffered from Alzheimer's — has been a partner from the beginning.

Before he died in 2018, Ikea founder Ingvar Kamprad made a large donation to the project through the the queen's foundation, which provides training on dementia care. She's a member of the steering board, and has also been involved in the design process.

BoKlok is in the early stages of launching SilviaBo in Sweden, its first market, and is starting to talk to local governments about land and zoning. Spangenberg said he expects progress in the next year.

So far, the company has built a small pilot with six apartments just outside Stockholm. Residents have not moved in yet due to an ongoing permit dispute with neighbors, but the company maintains a legal resolution is "on its way."

The BoKlok approach to affordable housing has its roots in the Ikea way of thinking.

"BoKlok was designed the IKEA way: large volumes, low prices," according to a Skanska blog post from 2011. "Industrialized production and large volumes — in other words, repetition — cut prices and save time in planning."

SilviaBo homes have some key differences from traditional BoKlok builds, though the homes will operate under BoKlok's "Left to Live" payment model, where residents are charged only what they can afford after taxes and living expenses.

"It's still the same floor layout, but you need to understand how people with dementia react in certain situations," Spangenberg said.

For example, there are no mirrors or dark-colored floors in the bathroom, which could scare or confuse residents.

SilviaBo also plans to offer a version of its home for people who are around 65-years-old and newly retired, with small adjustments and the option to easily add certain accessibility functions.

The pitch, according to Spangenberg: "Make that clever move now, before it's too late."