The polar vortex didn’t faze Rhys Roelandt and Cody Jones, two friends and fellow anglers, one bit. On Thursday, one of the coldest days on record for muc... 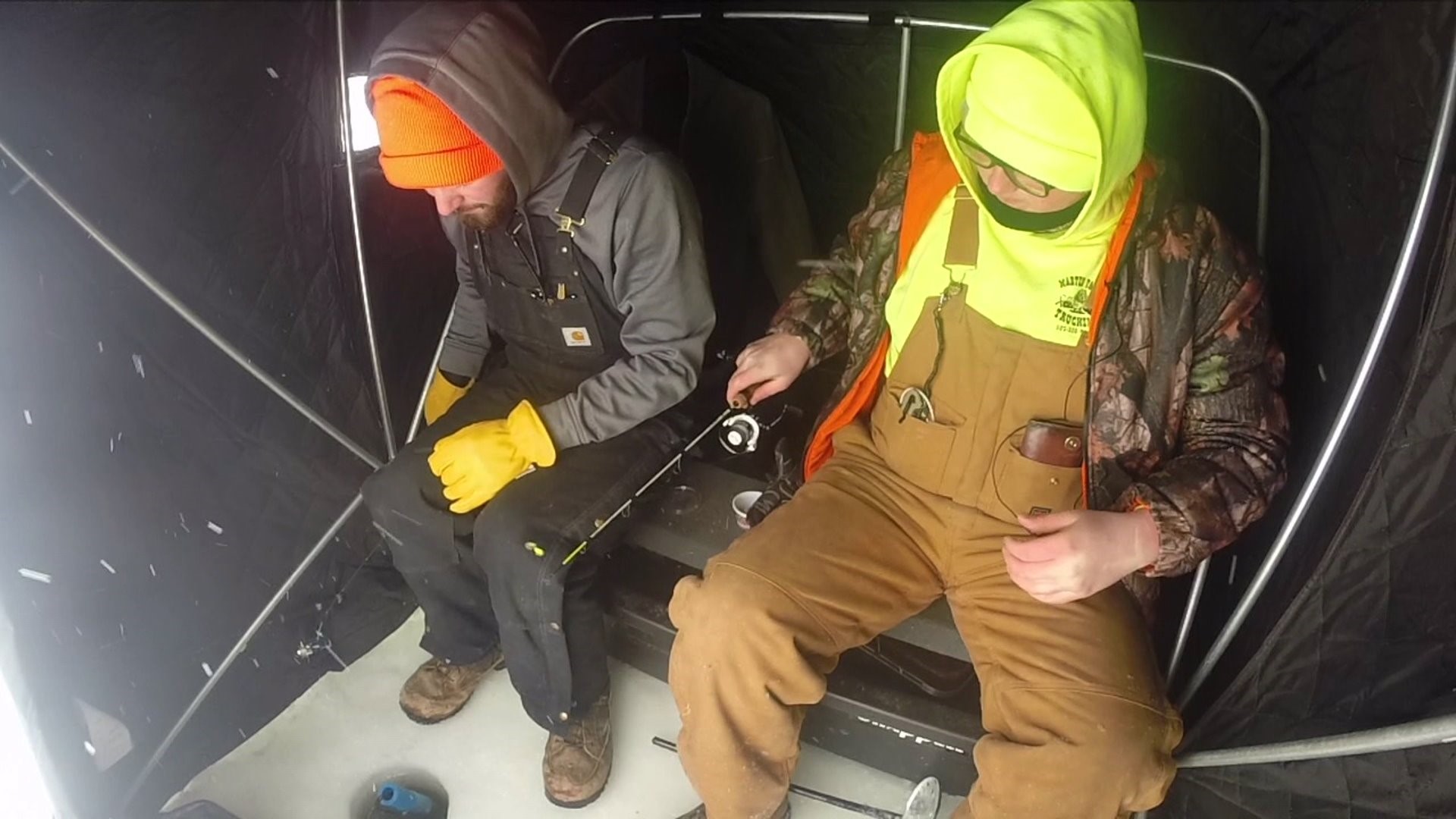 On Thursday, one of the coldest days on record for much of the area, the two could be found out on Lost Grove Lake, fighting it out with nature.

Not the weather, mind you, but the fish: blue gills mainly and a few crappies, even a largemouth bass.

"Catching a big fish like that on a small tackle, it doesn't get better than that," says 15-year-old Rhys Roelandt.

His buddy Cody Jones, 20, agrees. "Just fishing through the ice, fighting them on lighter tackle and rods that we have, it's just a lot more fun."

"Normally we wouldn't be wearing this much clothes," he adds. "But we kinda just knew to dress warm. We're both eagle scouts, we've been in the wilderness a lot. We know the weather and know to dress warm."

The  pair was hunkered down in a Shappell shack with a heater going.

"It's warm enough to be comfortable in here without a thick coat on." Roelandt said.

The fish kept biting, but were all released back into the ice-cold water. The pair had already met their quota on the previous day and held a little fish fry to further cement their friendship.